I can neither confirm nor deny anything around this, but we all love being able to hear the awesome music that Mick put together in Seasons 1 & 2, and Atlas Plug & Celldweller are doing for Season 3.

I’m a little disappointed with only 3 stages, but only a little since it looks like, in addition to lighting, the textures got touched up a bit on both the stage and character models. It looks really nice, can’t wait to see more.

I hope it means there are some cool modes and maybe a bigger roster as a trade off.

You can unlockable them become playable

guess what? D to the L to the C 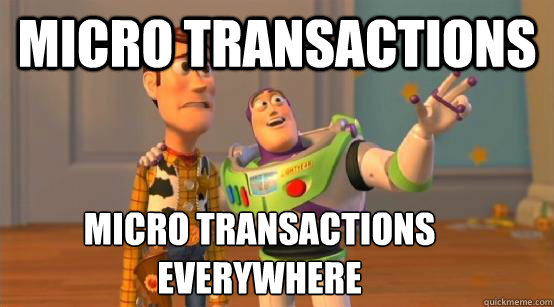 Guess We’ll see next month then!

20 stages with only 2 being arguably the same with different color palettes. Each character still gets a dynamic theme.

I KNOW THERE WILL BE MORE THAN 3 STAGES!

I guess things are gonna be a lot different now. Speaking of which, was this new lighting for the stages expensive?

I don’t have numbers, but I do know that each stage has to be lit, and then each character has to be dynamically lit in each stage. So in essence, you have to light 17 stages x 18 characters (going off season 1 & 2). I know it has been an insane amount of work, but seeing the finished product makes it super-rewarding.

I feel stages and music are so bonded together, like the music is written keeping in mind how it feels with the stage… Shadow Jago Temple music wouldn’t work on Agonos stage for example. And only three stages made me sad because It s like a lost opportunity to enjoy the great music KI has in combination with the stage it is written for. That’s just my opinion.

I knew this was coming from the sneak peak we got in the past (KI WC and Twitter), but I’m really pleased with the look of the lighting overhaul now that we have a clear before/after image comparison. It looks a lot better and really does highlight more pertinent elements. The characters pop-out just right and fit well with the stage. I’m expecting some hiccups with certain combinations but overall from the peaks we got I’m really looking forward to the new visual look of S3!

My first reaction when seeing the changes. "Holy -expletives-!"
Really impressed by what’s shown, excited for what’s to come!

As far as what I assume (read; “pray”) are the trolling muses of @rukizzel [quote=“rukizzel, post:32, topic:5032”]
but when it is written on the site, there is no trolling. What’s written is factual.
[/quote]

Rukari, if you’re wondering why everyones so taken aback by only getting three stages it’s probably because in the write up you phrased it as “three all new stages” when we sit here like… “Yeah, and last season we got 9…”

Wondering? Come on, give me a little CM veteran clout. This didn’t come from the team as ‘light reading,’ and we never expected you to take it lightly. There’s more mutual respect between community & dev than that!

Only 3 stages? Well this is a bummer. Wait. 3 stages. 3. A TRIANGLE HAS 3 SIDES. ILLUMINATI CONFIRMED. Seriously this sucks. They certainly can’t be character specific anymore. I hope the stages aren’t bland. It seems that way with only 3 stages and they are non-character specific. A stage is an extension of the character in a way. It shows character. Jago’s damaged temple. Sabrewulf’s chaotic stage. Glacius alien ice stage. Thunder’s stage with his brother’s grave. Orchid’s base. Sadira’s organization. Spinal’s piracy in the stage. Fulgore’s nuclear power. Tj’s fall. Maya’s temple. Kan-Ra’s crazy expirements. Riptor’s Jurrasic Park feel. Agano’s family and allegiance to the king. Hisako’s grave which convey’s her sadness and rage. Cinder’s flaming hot meltdown. Aria’s guards and tech. All the stages are an extension of their character. It just won’t feel right. Also how will people who buy one character get the stages?

no ultimates, no new intro outros, no new stages…

which budget does S3 have? Where have they spent the resources?

So this means no stage for Gargos, or the vampire, or rash… even worse, we’ll have to select the music of the new character and mix and match it with somebody else’s stage.

This is annoying, dissapointing. Right now my hype for S3 is zero. S3 is basically a “character pack”

There probably won’t be a 39.99 edition this time around.

Well it’s coming from the mouth of a developer of the game, sooooo there’s that XD

no stage for Gargos, or the vampire

This is incredibly hyperbolic and borderline fear-monger-y.

there’s nothing hyperbolic about “ONLY THREE NEW STAGES”

It is what it is.