Not really too happy to see Kilgore is going to get one. I just so happened to look in the store and see Fulgore, Sadira, ARIA and I think Sabrewulf not sure, are getting ultimates. Please just don’t forget Spinal and Gargos… Think there’s is one more wave of 5 right? I think someone else should of got that ultimate slot instead of bonus character Kilgore.

Riptor, not sabrewulf. And from the looks of it so far there has been 2 S1 characters, 2 S2 characters, and 1 S3-3.5 characters in each wave so I assume the next wave may continue this pattern.

Maybe Kilgore is getting fulgores ultimate/no mercy from the old killer instinct games where he just fills you with bullets.

Where is this information located?

Look at the end of the ultimates are coming thread

Is this a leak? Can be discusse

Also, all Ultratech, and the first wave was all night guard

I’d remove hisako from that list and add omen, since he and the others on your list are in the chaos faction.

If Kilgore is in this, then I was right

Potentially any character could get an Ultimate at this point.

I bet it’s gonna be fulgore’s classic finisher. I’m a little bummed that he got one instead of Cinder. Lol if that was the case all of my mains would of been covered big time.

Yes Riptor, I forgot who the 5th one was, thanks for clearing that up

I’m amazed that they didn’t release Kilgore with his ultimate. Would have sold twice as many easily. Either way I’m happy to see he’s getting an ultimate for selfish reasons as he’s one of the characters I play. Looking forward to the pack!

Not really too happy to see Kilgore is going to get one.

My reaction to this 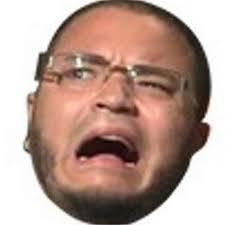 Probably not a leak. It’s in the Extras tab in game.

And funny how we mentioned the same monster/chaos characters XD

Yeah, I’d rather see someone else get it, Kilgore just got here in January… that’s like is seeing a co worker that just started and you been there for years, get the big promotion!! Know what I’m saying… lol

Can anyone confirm if Shago’s Ultimate is still the same or the inputs had adjusted to be like all the rest?

3 of my favorites are in the same group, great. I am shocked that Kilgore got one. I am not surprised to see Fulgore get one. We all should have known he would get one. If Eyedol gets one, then I am set. If he doesn’t, my true main got one, so I am ok.