KI2 Orchid Re-design 18 and up 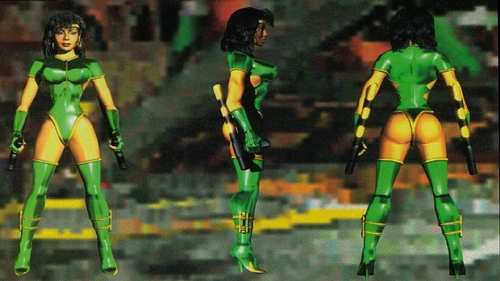 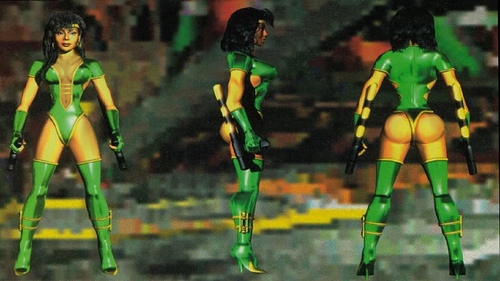 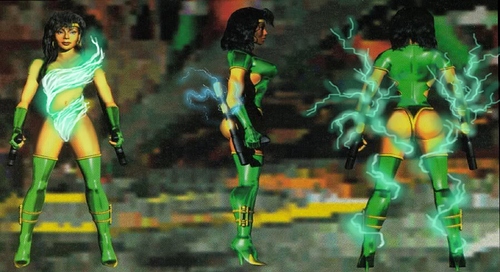 You call that “+18”? It doesn’t even have exploding guts and leaked brains

hehe…its just a teaser. I have to give a trigger warning, due to how hyper sensitive this forum is. God forbid some cleavage is shown and someone goes into shock. This one is not gonna be a violent one…I have someone working on that too. I think people will apreciate the fan service.

I demand Jago in a banana hammock.

It already looks like a ripoff of Jade from Mortal Kombat… I’m firmly in the camp that adding Orchid’s belly button and getting more cleavage is not a significant improvement to the game.

Incidentally, have you ever heard of the term “one trick pony?” It’s really tough to take your side in anything if you only hammer on the same issue over and over and then insult anyone who disagrees with you. It’s your choice, but it gets hard to believe that you are shocked and hurt by having your threads closed when you keep doing the same things over and over again.

lol there both wear green so its obviously a rip off lol.

I think fans of Orchids KI2 outfit will enjoy this revamp. Its not just her outfit btw. You will just have to wait and see.

It’s more than the green, chief.

It’s more than the green, chief.

You have only seen a tiny section and are dissmissing it already…last time I checked Orchid does not wear a mask in KI2 and does not use a staff. Why are you so hostile? I put a teaser up and ur already calling it a rip off…

This is my 1st character art that I am presenting. what are you talking about making the same post over and over. I post alot but its on many differnt topics.

I have to give a trigger warning, due to how hyper sensitive this forum is. God forbid some cleavage is shown and someone goes into shock.

It’s your first art post. Please carry on, I have no intention of discouraging you, that wasn’t my intention at all. I have no artistic ability whatsoever, and I think it’s great that people are able to do stuff like this. But you have to admit, it’s another thread about making the game more M rated, of which you have started many. I’m not trying to pick a fight with you, I just wanted to help you avoid getting back in to a situation which you have said is undesirable.

It’s funny how badly you react to people’s posts, but you don’t seem to understand why people get upset with what you write. You post something, people comment on it. I thought you were all about the free and open exchange of ideas?

It still looks like Jade to me. That’s my opinion. I suppose if you stick a gray squirrel head on the top, that might change how I feel. But probably not - it will just look like Jade with a gray squirrel head. That’s fine. I like Jade well enough. It’s worth pointing out that the current Orchid in the game wears green and looks nothing like Jade.

You haven’t seen the whole redesign, so just be patient…calling it a rip off right off the bat before seeing it is kind of a low blow. Its only a night in, by this weekend it should be finished. By the way, this is not my art but an artist I know who is doing this, I am just leading the design and we are just kinda free styling it.

I have to put in the 18+ as a trigger because the community is verry sensitive for some reason. I’ll tell you this she is gonna be sexy and bad a$$.

Its only a night in, by this weekend it should be finished.

Then maybe you shouldn’t show it until it’s finished. Showing it in any state before it’s complete opens it up to criticism. Considering where you are, you should expect it. Whether its concept art or early gameplay footage, everything IG gives the community, the moment they give it, goes under the microscope and either receives it due praise, or constructive criticism. The Artwork section of the forum, and the users within, are under no exceptions.

At least by showing it when it’s ready, there’s no misconstruing the artist intent.

I’m also giving you ONE benefit of a doubt (playing coy), and trying to believe you’re not pushing some second agenda with this.

well it will be an 18+ outfit so…yeah. Probably wont make it in the game, but It’s more fan service than anything. Should be done by Saturday. If you liked Orchids KI2 outfit I think you will love this revamp…I just wanted to give you guys a sneek peek. If IG is looking for a graphic designer, maybe after this I will release the info of the artist. Still calling it a rip off is a low bl ow. It is for sure Orchid and once you see the final product you will understand.

I can get jago in a bananna hammock in a day.

I am working on her weapons…IDK if they should be electric, or fire based, what do you guys think?

Yeah, I was leaning twords electric, but then she has her fire cat move, so I was kinda torn. I think electric would be better for sure.

Even the Firecat emits electric particles similar to endokuken (ironically) in gameplay, I’d say the safer bet is electric. My opinion anyway.

roger that…her “tanfas”? will have some nice effects. Just was talkin to her now, we are freestyling her weapons as we speak.

If you want an idea for tonfas, look up Ninja Gaiden 2 on Xbox 360. Hayabusa’s are pretty good once upgraded (visually).