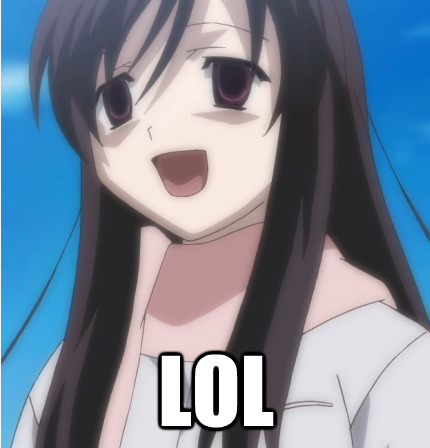 ^Isgreen and company’s reaction to all of our speculation.

Can’t wait to see those requirements to play KI on PC. For next year, I’m planning to build my own gamer PC to play the newest games besides KI

Meanwhile, I hope I can play it on my laptop

For the x1 version?

Isgreen and his cute little teases

Being shown cool shiny new things from the PC version is great, but I’d just be happy with some basic knowledge which I imagine is set in stone by now. Things like… can you play online using the PC version without having an active XBL Gold account? What are the min and recommended PC specs (ie, are you targeting mostly high-end machines or are you also making sure it runs on middle-aged computers pretty well too)? Are you planning a PC beta at all?

You can keep the big surprises for when you’re ready to reveal them, but some of these basic questions being answered would make a lot of people happy.

People being able to play without XBL Gold really needs to be a thing. It didn’t go down well it’s first time around with GfWL and it won’t now.

Also the UI was a bit different was it not? He probably has a version which the dev play on. Probably even has access to new characters. If you guys recall his first video for IG was on his PC dev unit to which he confirmed on youtube during the start of Season 2. He replaced the video because he didn’t want to give the bad impression that a PC version was in the works. 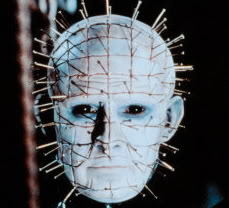 #We have such nerfs to show you…

can you play online using the PC version without having an active XBL Gold account?

Pretty sure Phil Spencer said multiple times that you don’t need a gold subscription. This would be a suicidal move, which they tried once before and it didn’t go well.

What are the min and recommended PC specs (ie, are you targeting mostly high-end machines or are you also making sure it runs on middle-aged computers pretty well too)?

I don’t know how good of an estimation it is, but there is one other game made with this engine, Strider. They are gonna be most certainly higher for KI, but still:

I honestly think that everyone has been brainwashed into thinking that different methods of visual processing automatically translates into “Better” looking graphics.

My XB1 version looks much better than Max’s PC version.
The biggest difference in graphical quality between them is that in the PC version, there is a mist in the background that blurs your view of the mountains in the back. In the XB1 version, you can clearly see beautiful mountains.

THE XB1 VERSION IS FINE VISUALLY.

And before you point out the differences in lighting between the examples from the original poster, It is NOT because of the PC version being prettier. I booted up this stage, and the lighting I got looks almost identical to the PC version. It looked nothing like WinterSoldiers examples.

No ones saying the X1 version is ugly… But as is usually the case the PC will just look better. Whether that’s because of higher resolution or in the case above a possible rework of the lighting engine.

I can’t remember who said this when I first saw it (earlier this year, if memory serves). Graphics, fellow players, do not make the gameplay. Coming from my perspective, such asit is, might sound completely redundant. But just because a game has good/bad graphics, doesn’t mean the game is bad. I mean look at the classics like Space Invaders. Those games didn’t have much in the way of high-end graphics by today’s standards, but they are still equipped with good gameplay as well.

But I really am hoping that I can play the game without needing to buy a new laptop as I don’t have one with an onboard graphics card. Skullgirls can run fine on this unit, MK9 can (with the right settings)… Even SFV can run on it in online mode even though training mode lags like nobody’s business. I just hope KI can as well so I can practice on the go…

I don’t know how good of an estimation it is, but there is one other game made with this engine, Strider.

I was thinking about the posible minimum specs for KI, maybe the specs could be equal or similar to Strider, because both games use the same engine (HexEngine), which is kinda “new” compared to Unreal 3 engine, for example, but idk. Let’s see what happens.

If the minimum requirements are the same of Strider, I can run KI pretty smoothly, then.

It would be awesome if KI ran somewhere close to Strider’s minimum specs. It would really help open up the game to people with lower budget PC’s like me. If this game could wind up being somewhere along the lines of TF2 for lower graphics settings where it runs smoothly on old systems but still looks decent enough, it would be really nice.
I already own the Xbone version but I think it’d be hella fun to at least test out the PC port for myself. Maybe when I get the money to get a better computer I can play PC Killer Instinct closer to full time.

Everything on Xbox One screens are so better visual appealing here, and because it takes advantage of downscale, all KI need is better AA, the PC version is way washed out and the fog hides many details and has a bright light all over even the health bars.