I apologize if this was already posted but here it is. can anyone make out what this is and if it’s believable?

Is there any official source? Or is it just some youtuber saying stuff?

not sure he showed an article.

It’s about the stream tomorrow which has already been confirmed to not have any announcements. 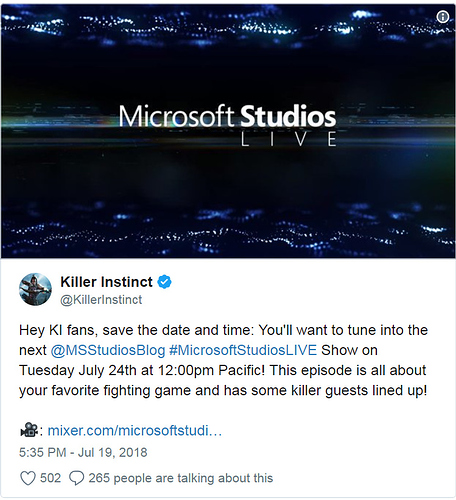 See, THAT is something people can actually use!

Still we should brace for the unexpected. It may not be what we think. It could be balance patches and fixes at minimum.

Heck it may even give ultimates for the rest of the cast, 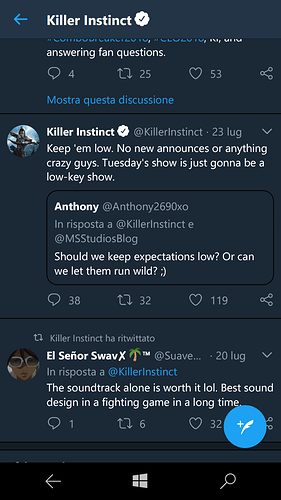 doesn’t make since why they tell us abut the news yet not tell us. I know how ya feel. Sorry if I got everyone’s hopes up. 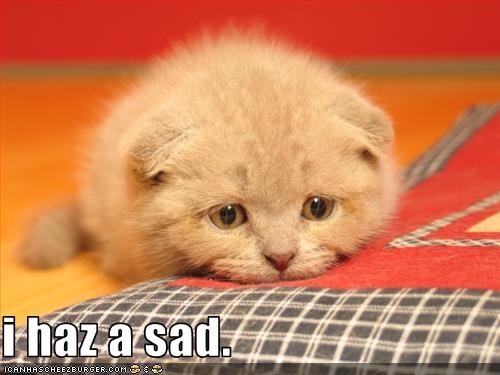 For real, would love some news about KI!!

This show was a waste of time. Nothing new to announce. I’m missing Rukari Austin. This new community manager, @misplacedyank never interacted with her community during the show… Farewell KI, this game is dying.

Sabrewulf not being -7 after a break is a great fix!!

Sad about nothing new tho =(

So I missed it. If no news, what DID they talk about? Lol. Can someone summarize it for us?

They played a bunch of highlights from recent matches, talked a bit about the development process of the original KI and this one and hinted at something small and fun but not game changing that was being silently revealed, whatever that means.

thanks for the update. too bad it was almost entirely pointless, lol. oh well hopefully soon we will get something like the missing ultimates at the very least. game feels incomplete left this way.

so they announced something but nothing too game changing? Okay it’s got me curious but hopefully in the future we will get something big.