Many of us ultra-KI fans and completionists alike have wondered if the Color 10’s that were exclusively available to those who bought the awesome toys from Ultimate Source would ever become accessible otherwise. If you’re new around these parts, I’m referring to the toy-code limited-edition Color 10’s for Jago, Sabrewulf, Shadow Jago, Spinal, Fulgore, and Hisako, as well as the special in-game colors for the unreleased Orchid, TJ Combo, and Cinder toys. 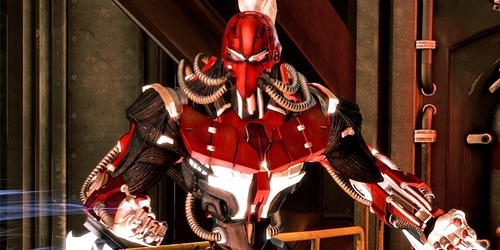 From the beginning, I was fully on the “You want the Color 10’s? Buy the toys, and you get the in-game bragging right to go along with it. End of story.” However, since the KI toys have become scarcer, and there were a mere 200 Spinal toys ever produced, I came up with an idea that I think plenty of us would appreciate: 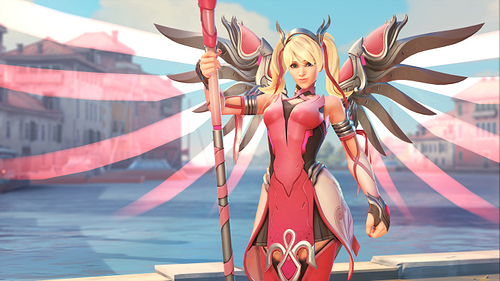 Do any of you play Overwatch? I do, and it’s AMAZING, but my ultimate point is that Blizzard recently released a limited-edition Pink Mercy color, and was available for $15. Yes, that’s a VERY high price for a single skin, and a handful of new sound effects and sprays, BUT 100% of the sales went directly to the Breast Cancer Research Foundation, and the best news? When it was all said and done, Overwatch players racked up a whopping $12.7 million bucks to fight cancer! How cool is that?

Microsoft is directly tied to a number of charities, as noted on the donation rewards section of Bing Rewards, and it’d be absolutely awesome if there was a Color 10 bundle package that would go to one of their partner charities. I couldn’t name a price point, but imagine if you could add all 9 Color 10’s to your roster, while knowing that your purchase went to helping the Boys and Girls Clubs of America, protecting coral reefs and marine life in the Bahamas with The Nature Conservancy, or contributing to the World Wildlife Foundation’s focus on doubling the population of wild endangered tigers? (Jago would appreciate that last one!) We could add the Charity Color Pack in alongside the Omen Color Pack on the Color Skin menu, and who knows- Maybe if this went well, Microsoft Game Studios could create more Color Skin Packs

in the future? (I’d love a teal Riptor!) 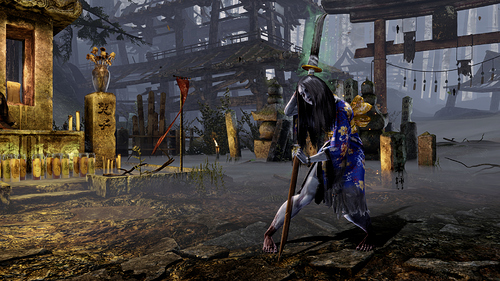 What do you guys think? Would you jump at the chance to directly buy/donate all nine Color 10 skins? I’d like to hear your thoughts, and as always, FIGHT ON!

PS. I already have Color 10’s for Sabrewulf, Fulgore, & Spinal, and I have the toys for the first two in my office. Spinal was just too pricy for me at the time…

I’ve always been down for this. I will literally pay for them & we should have that option since wave 2 of the figures aren’t happening anymore. I only need the colors for Orchid, TJ & Cinder, if I can get them to complete the collection AND help support a charity in the process then of course.

But even though this sounds great & I can’t see any downside to it or problems with setting it up, I just don’t think it’ll happen. No one in charge seems to care or even grace us with an explanation as to why. These colors shouldn’t be this hard to get. So many people want them that I’ve literally told myself if I ever won a color 10 for Cinder via a giveaway then I’d straight up give it to @IronFlame since I know they want it way more than I do…and I really want it lol.

Hopefully we can ask about this during the livestream happening Tuesday but I expect them to either ignore & not answer the question or they’ll acknowledge it but beat around the bush & say it’s something they’d like to do & they’ve talked about it but that’ll be it & the conversation won’t stretch anything pass that. Could be wrong & I hope I am, but just looking at it realistically and from past experience.

I’d also be okay with that, sadly I never got a Cinder 10 colour, and I can pay some good money for that. If it in addition goes to charity, I’m more than fine with that.

I really wish these additional colors would go on sale in some capacity already. This edition of KI has been hinted at being wrapped up, and we’ll for the foreseeable future will only receive small patches and balance tweaks to fix broken stuff. At this point, KI has also been offered on almost every possible platform for various price ranges with regards to limited time deals and price points. So it seems to be the only way to earn any further profit or value from the game is to finally offer these figure exclusive colors to a more general availability, especially these limited edition colors for the wave 2 line that never released.

Honestly, I wish IG or MS or whomever the responsible parties are would have released these already under general principle. The period of exclusivity has really come and gone, and it makes little sense for these exclusives not to just become available to all. There are plenty of players who will want these colors who never even had a chance at the toy lines, so opportunity passed them unfairly anyway. Spinal was a SUPER limited sale run, and yet he has probably the most popular color 10, to which I don’t play Spinal much at all and even I want this color. I would probably even play some more Spinal if I did get this color.

I’ve been under the belief these colors should actually have been available much sooner, and the fact we are STILL asking for them at this point is starting to border on a little bit ridiculous. There may be underlying reasons why it still hasn’t happened, but we’ve been kept in the dark about that too, which makes this even more frustrating.

So while this is a good idea to kinda get these colors into circulation while the game is in a state of finality (for now it seems anyway), at this point, almost any reason to put these colors up for sale is a welcome one. So yeah, charity seems like a cause as worthy as any.

Also, @ArtemisViiHawke I appreciate the gesture. However, at this point, I’m gonna leave the cards where they fall for now. I’m not really sure I have much right to complain anyway, I haven’t been an active member on here for a while now. For nearly the last year, I’ve been living with a sub par setup for internet, and my only choice to play online is using a wireless network that is really overloaded, and I constantly get messaged about being a rage quitter, when more often than not, one little bit of packet loss knocks me back to lobby. So when I couldn’t do online as well as I used to, it became harder for me to enjoy the game, so I took a step back for a few months and I’ve been grinding Warframe a bit. But if I get a better, wired connection at some point, I’ll be more than ready to practice and get back into it.

I hope if there’s anything big announced during tomorrow’s stream, someone please put it up here on the forums. I’ll be at work when they are streaming and unable to watch.

if they did this Jeff will be happy.

Al I need is Orchid and TJ… I have all the others. They definitely should sale them but Im guessing the reason they haven’t is due to Ultimate Toy owns the codes. But since Ultimate toy isnt doing anything with them except giving them away to Tournaments and Streamers… they should try and sale something…ughhh
Its kind of silly to be honest. Just sale hte damnt hings…its not like there is a limit that can be produced!

Good everning!
I think the proposal is fair, and also raising funds for a charity or helping some non-governmental entity would be very welcome.
But also think of the people who invested in the actions figures. Some of them have paid a higher value than you due to freight and tax charges in some countries.
I have Fulgore’s action figure and color 10, and I’m proud to pay a high price for it (the Brazilian coin here was 3 times higher than every dollar), but it was a dream I could make.
@MasterZenek No problem, as long as they compensate who acquired the action figure with an additional color as they did with Shadow Jago. Fulgore’s color 11 is in the Shadow Lords mode, and I already have it. They could give the color silver to those who already have the action figures, and throw new colors for other characters.
I hope the color 10 of Aria and Kilgore.
As for the transmission, only a few fixes. Nothing new… 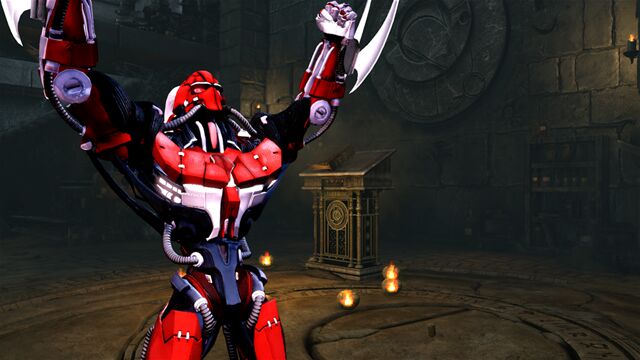 What do you mean “paid higher price than me?” Ive bought all the figures and you dont know what I paid for them. WHat are you trying to quote from me? ALl it reads is “ser”
I also won teh CInder 10 from Brandon and his BAND page…it didnt even have anything to do with KI or gaming. SO that tells me Ultimate source has given him a ton of codes just for him prmoting Ultimate source on his Twitch, live events, social media and at his Ultra arcade.

Not sure what you are getting at. BUt MS isnt going to offer the skins…if they would they would have already done it. Ultimate toy is the only option frmom what it looks like IMO

Man My brother wishes he had that color.

I had 2 of them, I actually sold one of them to a forum member

Good afternoon!
Maybe you understand the term better when I explain.
I’m not American, but Brazilian. In my country there is an import tax, which is high depending on the value of buying a product, and that makes it very difficult to import any item.
The Brazilian currency (Real), at the time I acquired my action figure, was worth three times more than the dollar of its country (US$ 1= R$ 3,80). Not to mention that with the value paid for the Fedex freight (only alternative provided by the manufacturer), was in a value that would give to buy three actions figures, outside the current one.
You can also see that on ebay many products do not have the option of shipping to Brazil.
Unfortunately this is part of our country’s policy and ends up shortening the purchases of imported products at a fair price.
I wish I could have all the action figures, comics, pins and other items related to the game, but this “tariff barrier” really messed up.

I had 2 of them, I actually sold one of them to a forum member

Hmmm, I wonder who that was ?

Was that you?/ LOL I dont even remember…lol my bad

Was that you?/ LOL I dont even remember…lol my bad

I liked Fulgore color 10 so much I had someone paint an Ultimate Source Fulgore figure into color 10 for me : 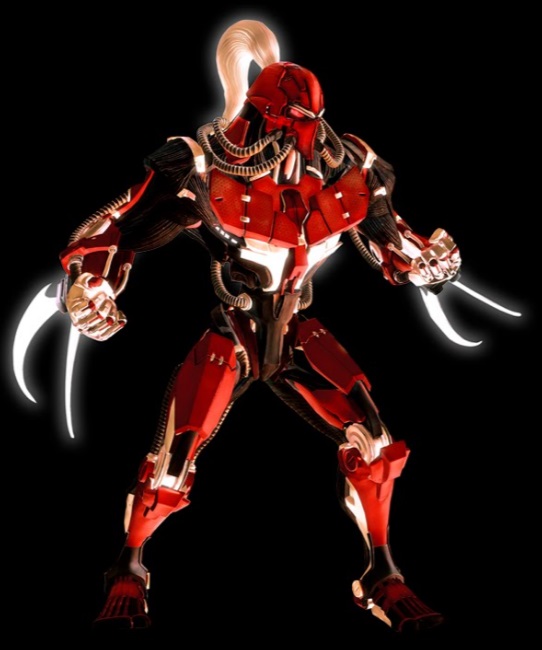 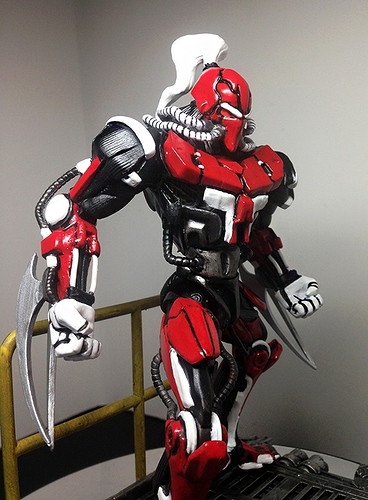 Jeffron27 wishes she had that color. It’s what he calls the real red color for Fulgore.