Personally ive really enjoyed him being part of the development of season 3. The classic costumes have been really nice and have been much more like classic KI.

Id love to see him back and involved even more!

The majority of season one’s retros were pretty lacking, Kev needs to come back if he’s able.

I agree and there is something really special about having both ken lobb and Kevin Bayliss involved.

Obviously everything moves on but not from such an amazing talent. This game is his and he should be involved.

I know hes busy on Yuka development at playtonic games but hes said a billion times how hed love to work with IronGalxy again.

Would definitely love to have him back this season!

Kevin FTW!!! We want him in

lol that poll is kind of rigged one sided. He did say in the old forums that he would love to come back to KI if Season 3 happened. He might have already been contacted unless he is too busy with Playtonic.

That being said, TJ’s retro is probably the best in the game. Basic TJ looks terrible but all of his alternate accessories are the best among the game and make him look like a completely different person. Just waiting for him to get a white mask so he can be Will Smith as Deadshot from the Suicide Squad.

He is contracted with Playtonic but he has time for Ki.

He loves everything about the game!

For me personly id like season 3 to possibly consider some of killer instinct 3s ideas.

It will just help the season to feel more KI

And he @CRIS178 he has said that lol. He has ssid he would love to come back if invited check his tweets!

I’MA just leave this here…Get in that phone IG we want Ki to feel like KI and Kevin Bayliss really knows how to do that! 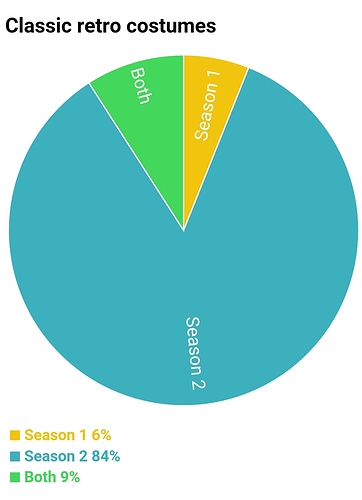 And I do not know why most people give so much importance to them!
Visual classic is for the classic games, new look is what matters now. I want is that the current visual be impactful, stay cool, retro is even unnecessary!
In my opinion, they should make better use of time, and let this classic look as a second option, if there is time to make.

@Zeybuccaneer we care because we like to see the original cast how we used to play them.

i do agree they arnt game breaking but its important for people to be able to express themselves with the costumes they like.

I know allot of people that hate the originals and only play with retros its nice to have a choice.

If anything they ought to retouched the classic retros, Jago’s hair is excruciating to look at and Glacius ‘f a t’ neck makes me giggle when competing. Not to take away from the work done from DH, but it would be nice to get more out of the retros for Season 1, even if I had to pay.

I totally agree! !The polls have highlighted that they are AWFUL lol. Get kevin back to do a season 1 remodel.

I just want Kev to re-do combos retro. I think KI2 retro would be the better foot forward since it would look weird for him to grapple with boxing gloves on.

Glad your happy with it.

The only thing id add is a machine gun lol

While I don’t care much about retro costumes, because am a Sadira main and she has the worst retro, I do like Kev’s work on Retro costumes. They aren’t exactly retro but they are really nice to look at. I really like Retro TJ Combo with his red white and blue. TJ has the best accessories in the game imo. Riptor also looks amazing but then again there isn’t much of a difference. Dinbot raptor is dope though. The rest are meh. Maya could have been better. Don’t really care for retro Kan Ra, he just looks generic. Don’t really know how to feel about hisako. Her costumes look like they had little effort put into them. Aganos has a nice retro, I like it better than his regular just because I like the machinery. Aria over all is just bad imo, there already is a robot in the game and he looks more advanced than Aria.

Season 1 probably won’t be touched. No way they would spend money to work on a past season. Doesn’t make sense financially if the return isn’t high and there would be no return seeing as how the people complaining already have the accessories. I will say Glacius has a really neat accessory set.

Maybe they will do a new set of costumes for S1 and 2 to compensate the lack of a retro game in the ultra edition of the game.

looool you have the same avatar as rukari and I thought you were him and that you were soft-confirming reworked S1 and S2 alts!!!