Is there a season 4 coming?

I seen on twitter Max was moving, as he was putting his Fulgore cutout in his new office, he kinda grinned with a look of satisfaction, nodded and said “I’m Home”… There are several ways you could take what he meant by that. Did he just say that because he finished his move?? Or did he say that because there is more to come, sooner than we think?.. I got all fired up, taking it as there was more to come… While staying true to the thought that he just got done moving, kinda made me put off this message till now. But I seen season 4 get mentioned a few times after by others after that post… I waited a few days and havent seen anything else about season 4 anywhere since… Today I posted on Xbox all over the place to get ready for season 4… Kinda wish I never posted that because if there isn’t I’m gonna look like a bigger ■■■ than I already am. But thats ok, i can take that backlash for being wrong… I just pray season 4 is true, and my timing of blabbing something that still has no, 100% fact driven posts are somewhat accurate… Even in the slightest

Im pretty sure there is NO season 4. This version of KI is complete…done. Max was just putting his favorite collectors piece into his new game room at his new home. Thus the statement…“I’m home”, meaning it doesn’t feel like home until Fulgore is set up and in the new game room.

The only thing to hope for is an entire NEW KI game. It would need to be called KI 2 for now and it would be on the next console…not this generation.
Wishful thinking but I think its best KI just waits for the new X Box Skarlet and comes out new and fresh.

Im pretty sure there is NO season 4.

I understand the enthusiasm, but why would they make 2 more characters as a “preview” for a new game? It sounds like it’d be a waste of time and effort to me. If they make new characters, just save them for the next game. Adding in new characters at this point would throw everything in KI3 out of whack, there would need to be several balance patches, and they would likely get tossed by the wayside when KI4 does release.

I’d like to see more KI myself, but I really don’t believe this would be the way to do it.

As the old saying goes, you don’t add a new piece of cloth to a ratty old dress. Keep the old with the old, and the new with the new.

I mean, you can always dream right? But I wouldn’t recommend holding your breath.

I’d take it as just Max completing his move. This version of KI hasn’t had any active development for quite a while now, and the roster is plenty large and crazy enough as it is.

No reason at all to make just two or three new characters and try to pass it off as a Season 4. As @G1GlaciusPrime said, at this point anything new is better off being put into a hypothetical sequel instead of trying to prop up this version of the game.

Not to stir the pot, but no one saw Rash coming during Gamescom 2015…

It still drives my nutty that we got 29 fighters as opposed to an even 30, and I’d have loved an all-new monster! It’s unlikely, but with me meeting a whole new wave of KI fans via Game Pass, I can certainly dream…

I’m pretty sure rumors about one of the Battletoads getting put in KI went as far back as Season 1. I know rumors about Arbiter being in KI did for sure. But that being said, a Battletoad wasn’t exactly much of a stretch, considering one of the characters from the original KI roster came from another Rare property: 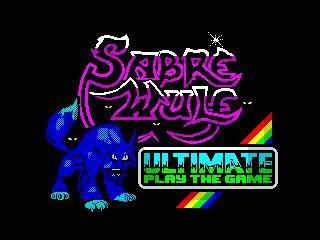 no season 4, but theres a decent chance of a new KI. its been neither confirmed nor the idea of one shot down. KI remains in limbo, but the current one we have is very much alive. if new one does come, i hope a pc port does too at launch. my bank will forgive me and i wont need to wait for another arcade stick for scarlet

I seen on twitter Max was moving, as he was putting his Fulgore cutout in his new office, he kinda grinned with a look of satisfaction, nodded and said “I’m Home”… There are several ways you could take what he meant by that.

Did he just say that because he finished his move??

I get the impression that this is one of his favorite items and now that it’s up, he’s officially home, that’s all. I can see why one could possibly interpret it as some sort of code for something KI related, but at this point, with the game 2+ years past complete, I can’t imagine a scenario where a guy that doesn’t work for MS or IG somehow signaling the addition of more content to this game because he put something he really likes in his new house. None of that really goes together, at least not to me.

That said, I do think Max is pushing hard for a sequel and if there’s even the slightest bit of coded message in that action, it could simply be him showing his love for the character and the series, as he’s been doing, in an effort to #BringBackKI. Even then, there are obviously more overt ways he’s been showing this, such as starting the hashtag to begin with and his many recent videos.

We’ll see. It wouldn’t be the craziest thing ever if you were right, but if anything KI related gets announced at Gamescom or next year’s E3 or whenever, I doubt Max will say later that he was trying to drop hints at something he knew. If anything, his efforts to mobilize the fanbase could be somewhat of a catalyst for a sequel, but that alone wouldn’t give him inside info by any stretch of the imagination.

They parked the car in the middle of the desert next to a pack of vultures, kicked the game out of the car, beat it with a baseball bat and left it there. If you think it survived, is wandering out of the desert wearing vulture feathers as a suit and parking itself next to a developer or owner that cares, I think you’re dreaming, but hats off to you for it.

If they make a new KI for scarlett, you think they will make a version compatible with the XboneX and One S??? How could you omit the game from the OneX?? OneS… I could see you needing more power to run it, im not technical when it comes to that stuff, you get what I’m sayin’…

I doubt it? MS has been quite good about making sure games are backwards compatible, but making new things run on older hardware (especially near launches, when the goal is to show how awesome the new stuff is) isn’t usually done. It requires making either a highly modular suite of performance settings (ala PC gaming) or two separate (or otherwise branching) development pipelines. The only big launch title I can think of that did something like this was Twilight Princess on the Gamecube and Wii - outside of that I can’t really think of any good examples (though some others doubtless exist).

That said, I don’t know the performance or hardware specs of Scarlett relative to the One X. The difficulty in making a title dual-version can be greatly affected by how similar the systems are in power and programming architecture. I wouldn’t bet on it though

It’s a weird situation and there aren’t great parallels in the past for this kind of thing in the console development cycle. If Scarlett does release in a year, and the games cannot be played at lower graphics setting on Xbox One X then that console will have had a very short life indeed - and very clearly not been used to it’s maximum potential. It’s hard to imagine that it hasn’t been held back by the need to keep software compatible with vanilla Xbox One. Basically you get higher resolution and frame rate versions of the same game, which I have to imagine is not “optimal.” Some games like Monster Hunter have a setting which produces nicer looking graphics but it’s still hard to imagine they are optimized to the OneX hardware the way an original Xbox or 360 game is optimized. I’m not that technical either, and certainly a lot of people say these are just AMD GPU PCs at this point so there really is no optimization required or possible. But since some games run decidedly better on either PS or Xbox still, and both have the same basic architecture, I suspect this doesn’t hold up.

Flashing forward to scarlett, if they force the software to be backward compatible, then it likely won’t take advantage of all the hardware capabilities of the new machine. So you just perpetuate the problem. This is nothing new - many if not most PC games are optimized around mid range machines and don’t take advantage of all the power available to higher end rigs (except to up frame rate and resolution). But it weakens one of the better arguments for console gaming - which is that the hardware punches at a higher weight class because of standardized development platforms and optimization.

So the short answer is “I doubt it.” But I wouldn’t be completely astonished if they released cross compatible Xbox games between Scarlett and One X. If Scarlett can really run all the One X games then there will be a huge incentive for developers to release their games on Xbox One, with a much higher install base, and then let them run at higher frame rate and resolution on Scarlett. MS should be thinking about this and actively discussing the scenarios with third party studios. There was a time when I would have just assumed they were doing this, but I’m not quite so confident now.

I’m not sure if they said this gen will run next gen, but I’m pretty sure everything is going to be backwards compatible, a new KI would be amazing, it really just needs tlc, the base for an amazing new game is there, frothing over the new graphics with old school original KI moving characters during loading and all kinds of skins I would gladly dump lots of money into. They said the new system is supposed to be around 5 times as powerful as the X all around, not graphically just in everything it does, which is saying a lot because the x is very impressive.

Up to them if they see the possibilities in it, which the numbers showed, they just need to keep the same base mechanics and combo system, make the breakers an actual input so as to not encourage mashing, and fix counter breakers to work. Then add all the extras this game didn’t get, balance, skins, the right engine, etc, really not much needs to be created in a new KI, they just need to take what is already there, add the extra things fans want like skins etc and tune it.

We will see, MS doesn’t seem like the brightest company in terms of understanding what it has, a lot of old classics never got remade, and the game in the state it is now is basically just a giant tease, we’ll see.

Seems unlikely they’d spend the effort to make 2 different versions of the game once skarlet is released. I mean maybe they’d make the current version backwards compatible on skarlet. but they’re gonna be forward looking so new games are going to kinda be skarlet specific to push the new hardware