Is bringing Rash into KI as a guest character a way to bring back Battletoads?

Why people think he’s gone forever? The Rash we played was a beta test. When season 3 launches he’ll be even better. Just like this:

I think he’s referring to Battletoads as in the game. Not Rash in KI.

It might. Battletoads has been teased about the same as KI 3 before it came out. So It could be in development already!

It’s very possible so yes. Overall you can never know for sure

Yeah it most definitely can comeback, though I think they should reboot it. They should flesh out the toad’s personalities and the world they inhabited. And maybe ditch the external plot with the game developers(It’s heavily ignored already) this allow the Battletoads themselves to have a little more character.

no. Rash will return when season 3 are released.
.

no. Rash will return when season 3 are released

Yes this is true, but it’s not what the thread is talking about. He’s asking if the fact that Rash is in KI is perhaps a sign that the Battletoads franchise will be revived.

oh yes! This is what we want. A new Battletoads game. Woohoo!

I absolutely think a new Battletoads game is/has at least been discussed at Microsoft. This is easy to say and to root for, but it’s actually pretty challenging to do. The original game was almost quintessentially 8-bit. It was HARD and SHORT, and with some real variety in the missions. There are no saves and you have to beat the game in a single sitting. It is mostly a beat 'em up but with those weird spelunking levels and mine carts etc. You just don’t see that type of game any more.

So, do they make a game that’s true to the original or do they make a modern game? People generally don’t buy those types of games anymore - and when they do it’s in the form of 8-bit retro games that are cheap and downloadable (like Shovel Knight - in which the toads make a cameo). Double Dragon tried to update their formula with a new downloadable game (Double Dragon Neon?) and it was met with mixed reviews - mostly because people complained about old school elements and questionable visual design choices. The Battletoads arcade game was much more classic arcade beat 'em up. Only the barest minimum of platforming.

If they update it to be a modern, AAA title, it will almost surely be a completely different style of game that just happens to star the Battletoads. You’re guess is as good as mine as to what that would look like. Maybe a Devil May Cry/Ninja Gaiden/God of War type modern action game?

I’d be fine to see them take it in either direction. To be honest, I am not that big a fan of the original game (although I did beat it once upon a time). If I had to guess, though, I would think MS and Rare were working on a small budget, 2D, old school version that will be a downloadable game.

Look at what TMNT went through in 2003 & 2012, I hope Battletoads would get the same treatment. 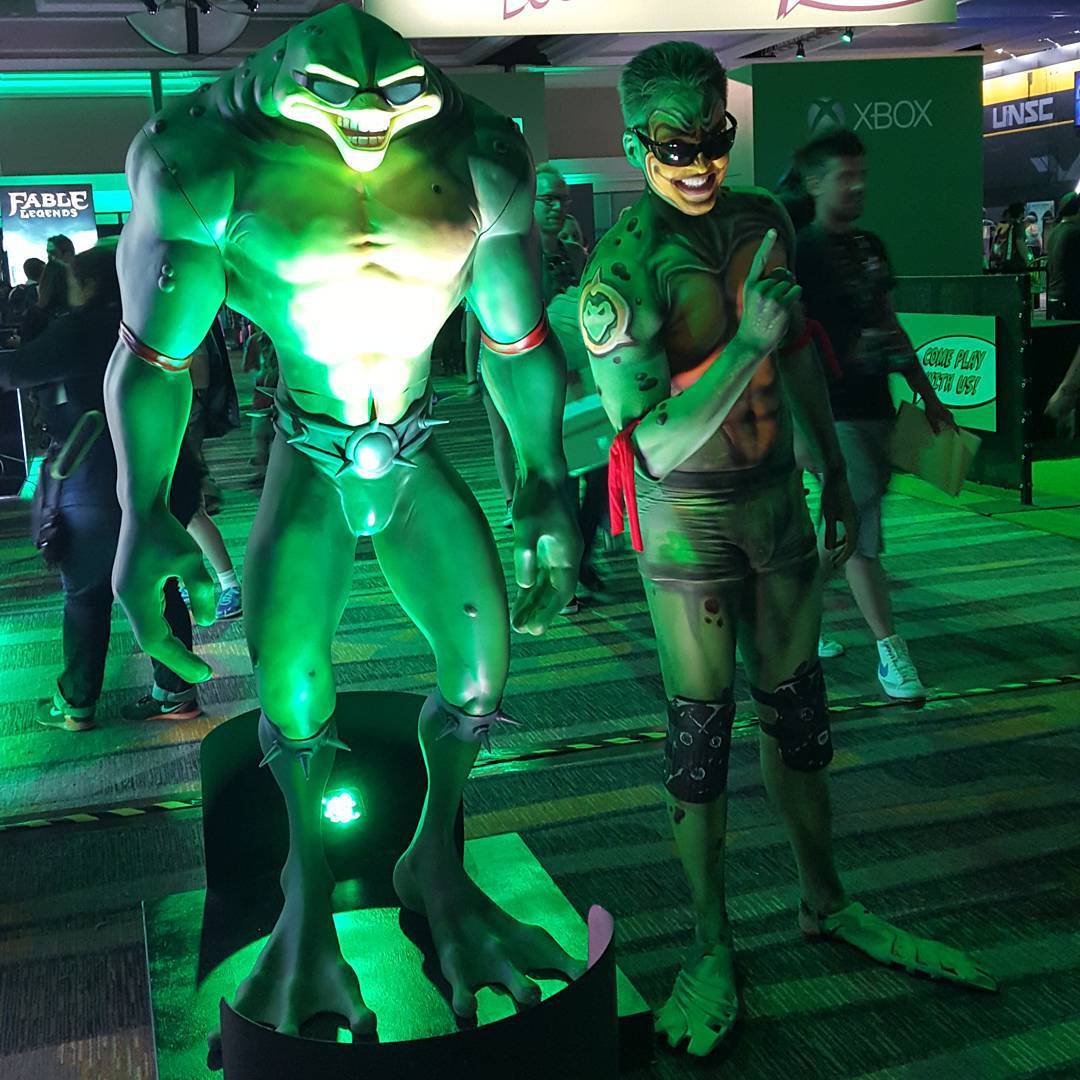 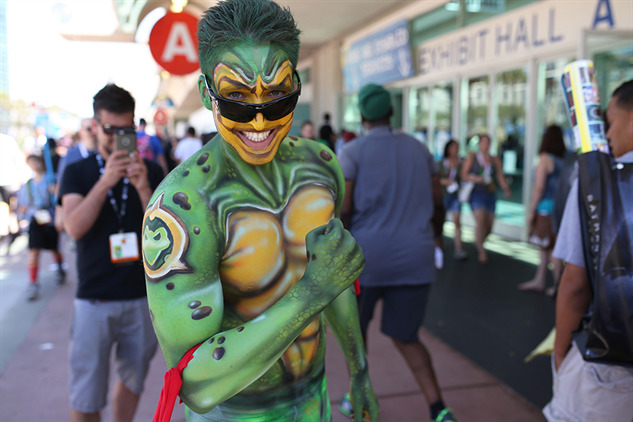 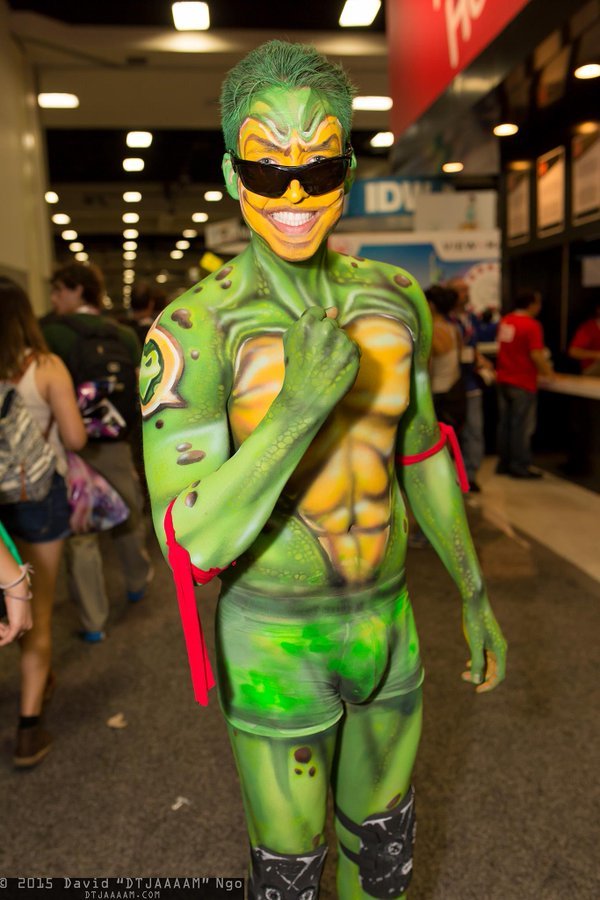 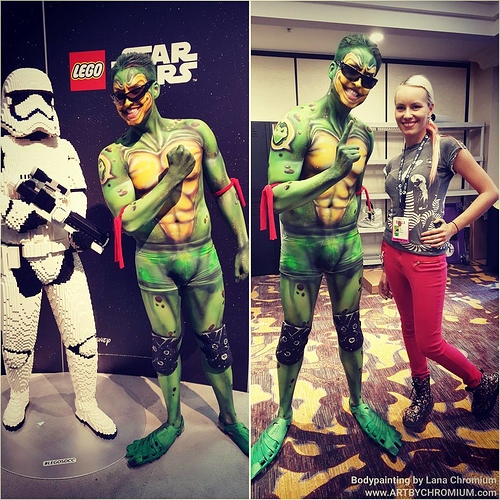 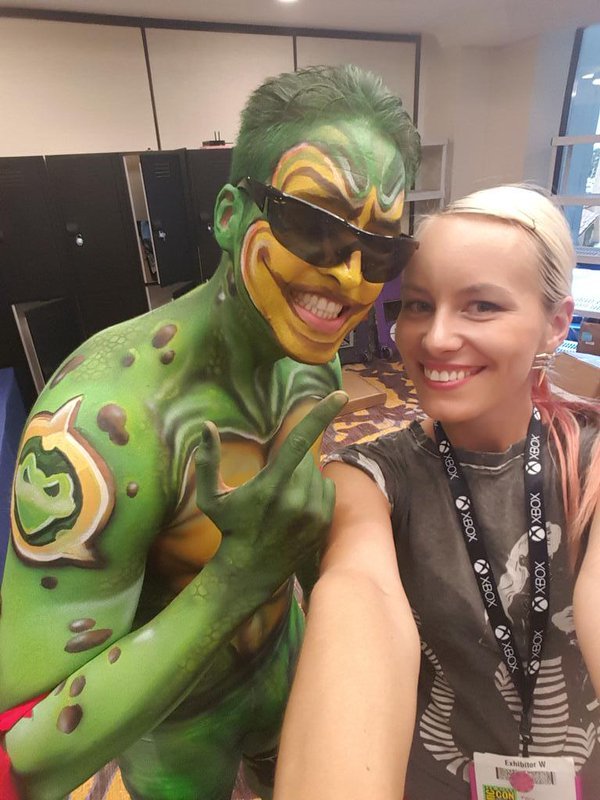 That’s some awesome work though. Kudos to that guy!

Yeah it’s pretty freaky but still pretty good in it’s own way the bodypaint is by Lana Chromium, don’t know who the cosplayer is though.

I do remember Ken Lobb and/or Adam Isgreen talking about bringing it back in 2013 or 14. I think we could see another game in the next year or so.

Not even God himself could conceive of mankind’s joy should that ever happen.

I’d like to see a DMC type game if they brought it back in full AAA glory. Which studio would be ideal to work on it though? Its not exactly a formula that can simply succeed.
Much more likely they keep to the 2D side-scroller from the original, updated graphics.
I’d have either one though, they both sound like fun if done right.