Is it possible for me to receive a steam key?

I’m one of the shafted pc users of KI that got the supreme edition on release. Since I can’t upgrade to the definitive edition without dropping another 50 dollars(windows store) on the game, it’d be nice to get one definitive version of KI for free. Since I’ll probably end up getting both versions anyway as I want to support this game.

Edit: To clarify a bit, I don’t expect to receive anything for free. I made this thread to bring up the fact that me and probably the majority of us got shafted as there wasn’t an upgrade path offered for us to get the definitive edition. I hope they don’t do this ■■■■ in the future, and I’m aware that this is on the end of Microsoft not the devs but I still feel like it was worth bringing up.

I hope they hook it up cause I bought the Killer Instinct: ULTIMATE EDITION on Xbox one when it came out and then when they released it on Windows 10 they had issues migrating accounts so I just bought it again on my windows 10 account but this time the Killer Instinct: SUPREME EDITION so with all the money spent already on Windows / Xboxone keys i am hoping for a bone toss here.

1.i have 100’s of friends on steam me playing a game advertising will get more of who I play games with every day to play it with me they refuse to buy games on windows 10

3.Lots of friends and games.

If you were able to get a key for free, woudn’t that mean it only be fair for anyone else to not pay the extra cash. I believe there are many in your similar situation but you have to realize that Microsoft Studies is also a company and won’t give things for free with no reason whatsoever.

While personally I don’t believe a customer is entitled to anything they aren’t promised, in this situation it would be a nice gesture to those who supported KI.

A nice gesture, that is it. As I said many are in your situation and I would be a bad gesture to only give to one or two players a key while leaving all others in the dirt. I don’t think Microsoft Studios will just give the copies for free to almost everyone.

what’s the benefit to give you a steam key?

I think he was referring to what would be the benefit KI in giving you keys. (I could be wrong so don’t quote me)

But I’m not the workers at KI, who knows maybe there will be a kind soul who happens to have a few extra bucks to spare.

P.S. I know that I’m not a veteran on this forum but I would like to welcome you all to it.

Edit: Microsoft studies is in charge of the selling of the copies of the game, not IG like I had it stated before. Thanks @WrathOfFulgore for the correction

Guys it doesn’t work like that. I own hundreds of games on Xbox/win 10. Not once have i been given a key to access them on steam. Why would it be any different.
Games drop in price over time. Thats how it’s always worked. I bought all 3 seasons and post season content for full price on release. I’m not then gonna kick off when i see them bundled together for a cheaper price months/years later.

The steam version is primarily targeted to those who haven’t jumped in on either xbox or win10. It’s already pretty great that if we own either the xbox one or win10 version we get the other completely free with cross saves. Also, just making a new account to beg for a free game is hilarious. Wonder who they could be… probably someone that just wants to leave negative reviews…

I don’t expect to get a steam key or anything, hell I plan on getting the steam version anyway and if the definitive edition on the windows 10 store is on a large enough sale I’ll get it there tooI. The main point of this post was to bring attention to the fact that those of us who got the supreme edition got screwed over and that microsoft is nickel and diming those of us who did.

Just to clarify a bit, I don’t mind dishing out the cash to support a game I enjoy, I don’t mind re-purchasing a bundled version of a game later either. I’ve bought the same game multiple times on different platforms, but in this case I felt like I got robbed.

While i somewhat do agree with you that its really unfortunate there never was an upgrade option. It wasn’t just you supreme owners on WIN10. I bought Season 3 ultra and there was no upgrade option for me either. What i don’t understand is why bring it up now? KI supreme edition came out March 2016 and the definitive edition in December 2016. A complete package with extra bells and whistles was inevitable. How did you expect them to release the steam version more than a year after the Windows version launched?

If they do a fourth season that wouldn’t be included in the definitive edition either. We’ll no doubt here complaints then too. Thats the one negative tied to doing a seasonal model. I’d still say i much prefer this model than releasing the game as a £50 title in 2013. i doubt we’d even see a second season if that was the case.

i bought the Tekken 7 deluxe edition on Xbox. Should i expect them to give me the steam version also?

What i don’t understand is why bring it up now?

To let them know how I feel and for others to share how they feel as well. My hope is that they don’t repeat what they did in the future and to allow for a reasonable upgrade option. Also seemed topical to bring this up now.

i bought the Tekken 7 deluxe edition on Xbox. Should i expect them to give me the steam version also?

You didn’t read what I wrote clearly, but just to answer you, no you shouldn’t expect a company to provide you a key for another platform just because you purchase it on a different one. With digital media at least it doesn’t hurt to ask if you could switch platforms but who knows how many offer that option.

A pleasant experience I had with Rockstar though was when I purchased GTA V, I accidentally purchased a windows retail key for it instead of a steam key and contacted their support and asked if I could get a steam key instead and they helped me out.

Sorry for the confusion but that tekken 7 comment wasn’t in reply to you.

but you have to realize that IG is also a company and won’t give things for free with no reason whatsoever.

Sorry, kinda a pet peeve around here, but Microsoft Studios handles that aspect of the game. IG just built it for them. MS controls pricing and such.

I would rephrase: What’s the point of giving a free copy of the same game/content?
(Saying because you’re a long-term customer isn’t valid).

You paid for xbox/win10 content, you got it. Nobody gives a crap how much money you have sunk into the game, it was your decision, nobody forced you. By the time KI’s merchanise was at full spin, Steam version was not even in plans.

You are entitled to nothing.

The only time that I can remember where a Publisher allowed users on a non-Steam platform to use their existing key on Steam was when Microsoft was shutting down the Game for Windows Live (GFWL) store. Capcom allowed Super Street Fighter Arcade Edition users to get the Steam copy for free by using their GFWL key. A closed GFWL store meant those users lost access to paid DLC, so it was a business decision as well a good will gesture to ensure future sales.

Sorry to hear that Supreme Edition users have been left out in the cold. It would be great if we were able to buy a game on Steam, and have free access to it on PS4 and XB1 versions. After all, these modern consoles are running on AMD PC hardware. However, we’re not there yet. With each store having different incentives for attracting users (Steam sales, free games monthly on XB1/PS4, XBOX PLAY Anywhere, EA/Origin Access), I doubt it will change in the near future.

Maybe some big publishers will push for this. For example, if BANDAI NAMCO or WB would offer a Universal Edition of their games, where it costs less than buying the same version on different platforms then I can see users getting behind this.

There are a lot of people that have paid just as much if not more for the early adoption of this game. Myself included. So I don’t see why you should be complaining and winning about a steam key.

Sorry, kinda a pet peeve around here, but Microsoft Studios handles that aspect of the game. IG just built it for them. MS controls pricing and such.

Oh…sorry about that lol. Thanks for the correction. Don’t want to be spreading misinformation 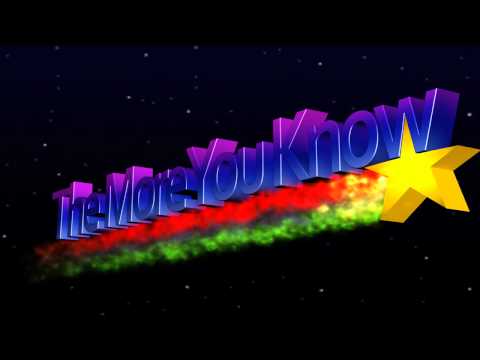 Begging for free stuff is always tacky. I don’t care about the $39.99 you spent on the DE. I bought all three seasons as Ultra editions, purchased Kilgore, the Shadow Jago Xbox Live promotional skin, supported the Shago community fund 3x over, bought an Xbox Fightstick and two (yes two) Xbox Ones to play KI on. I’m approaching $1000 spent on KI stuff and I’m sure there’s people on this forum who have me beat. I still don’t have any of the “extra” DE content and I don’t expect them to give me a free Steam Key.

As far as sharing your “feelings,” why should anyone care about your feelings? Your feelings on this are so strong that you won’t fork over $29.99 to buy the Steam game, so why on earth would a for-profit enterprise think your feelings were worth any more than you do?