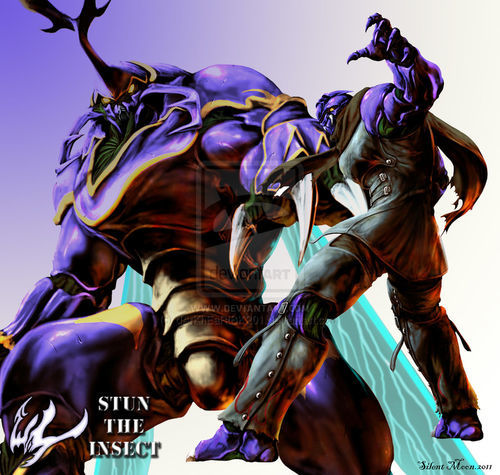 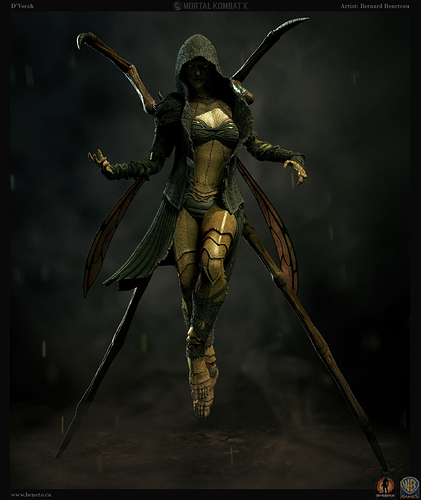 bernard-beneteau-beneto-dvorah-a.jpg1920×2280 424 KB
With Riptor once a reptile-human hybrid, now she’s remodeled as a cybernetic raptor.

KI has no insects yet even though Kan-Ra uses scarabs as projectiles, an insect-human hybrid like Stun from Bloody Roar can fit.

I can picture it looking like a beetle, but with using various bug powers…

It’s stage can be a hive.

From the other thread

Rough sketch I wanted to mix more insect elements in it originally but couldn’t get it right so I went for a more basic ant/praying mantis approach instead. 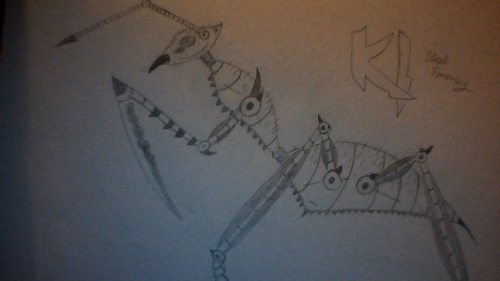 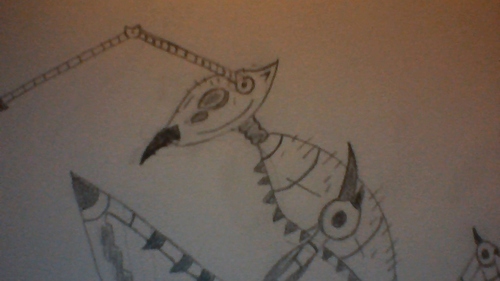 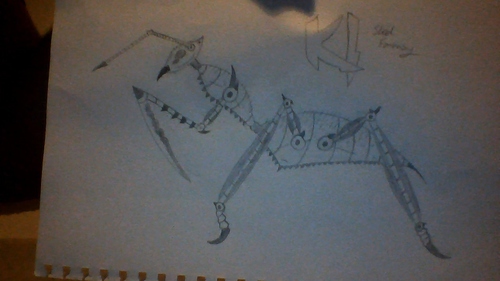 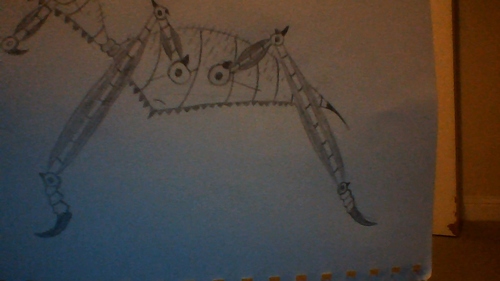 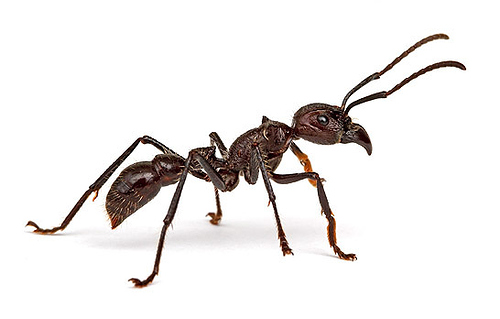 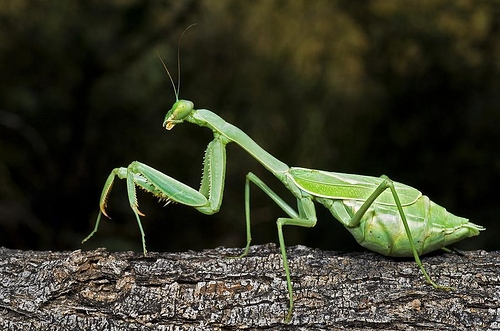 I like it! Try to make more humanoid and you will get a great design

Thanks appreciate it, I’ll try that sometime I was going to do another but never got round to doing it. 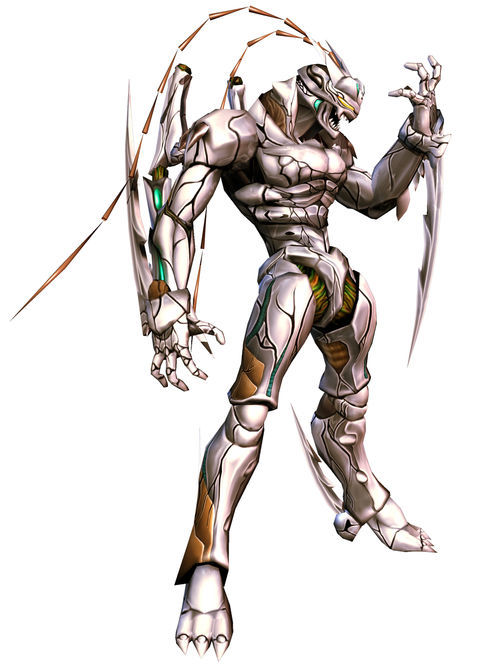 …but we already have a spider-lady.

But Sadira is an arachnid.

Insect or arachnid, it matters not. They’re all bugs and that makes them too similar of a theme/concept.

Forgot about Xion the Unborn.

He looks ■■■■■■■■■ & mantis-like. But what if mixed with Stun’s humanoid form and he’d have like beetle-like armor?

One of his arms can have a hornet stinger added for punching attacks while the mantis-like blade can have a slashing attack on his legs and arms.

if there were to be a insect based fighter in K.I i think it should be something less humanoid and more…predatory/primal. in order to seperate the person from sadira even more than it would already does. a fighter inspired by xenomorphs with a scorpion tail and mantis claws and dragonfly wings like wings with a fighting style based on ground rushdown and speed with a few air grabs in order to compensate for a lack of arial presence.

i would perfer it to be an alien instead of an ultratech creature because we have had a alot of ultra tech lately and an alien would allow IG to create a unique look rangeing from a variety of themes. from a hi-tech intellegint predator like armor race, or a primal beast with armor made of bones, rocks or even metal. i feel like the sky is the limit when it comes to the design of aliens than one constrained to earth like creatures

So, are you saying she’s not predatory? Yeah, no… And she does fight like a spider - she traps you in her web.

spiders do not actively push you into their webs like sadira does, making a web in your face and hitting you into it. they set up in advance, sit and wait, other spiders who dont even use a web are ambush predators striking once and letting the poison do the rest. they dont jump all over the place with such mobility. the only spider who remotely act like sadira webs are ogre faced spiders that once agian sit and wait patiently weaving a piece of web between its legs then jump throwing the net on whatever it jumped at. like a gladiator throwing a net at a person about to stab it with a trident and even then it has its differences…

I think you’re reading a little too much into this buddy. So, here - read my lips:

hey im just saying. its a bit silly to think a insect based charecter would possibly look or more importantly fight similar to sadira and be called “sadira 2.0”.

Perhaps next game (a new KI 2), aliens will be next on the list. So an insect-like alien can fit. 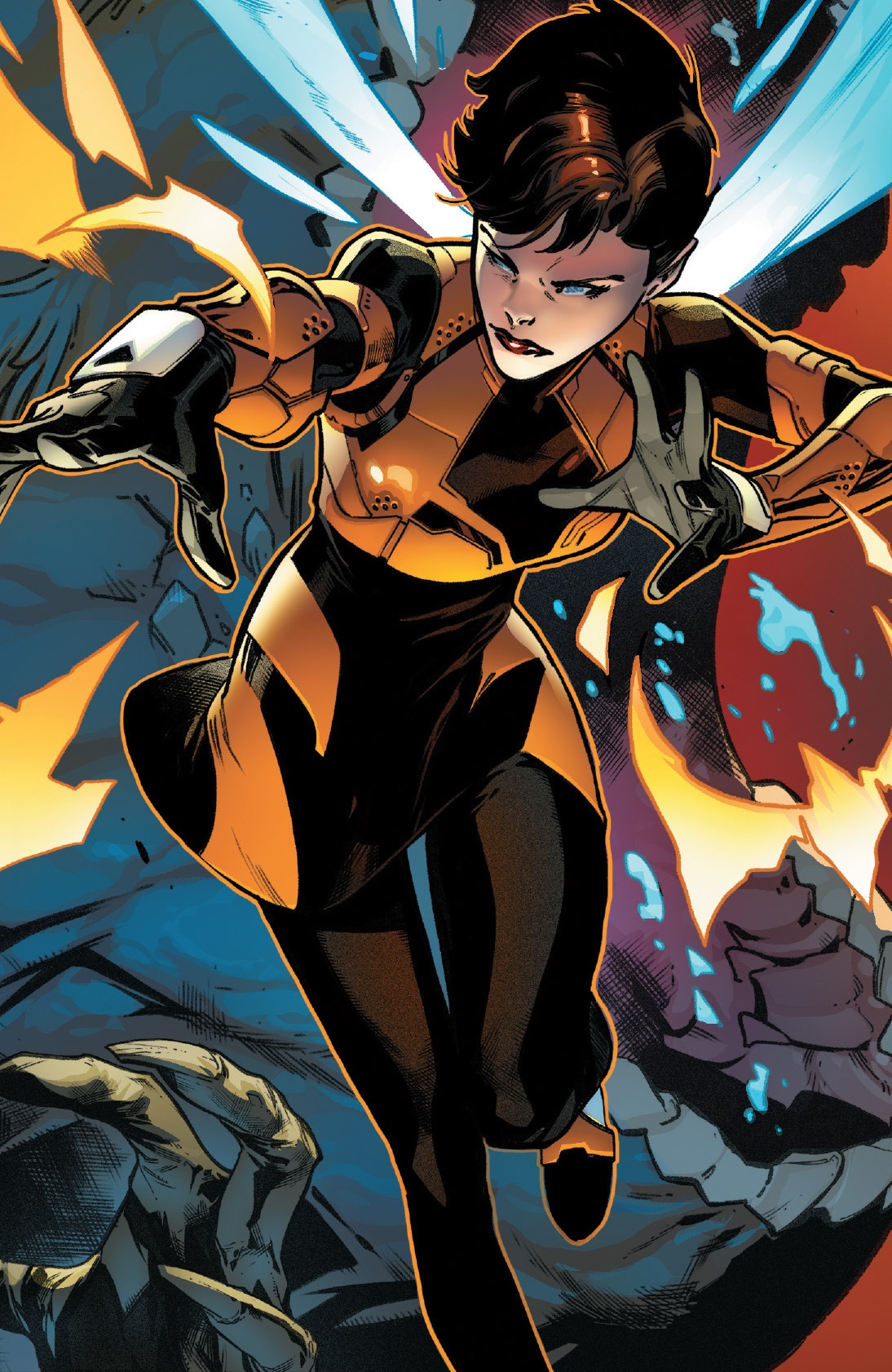 Power to use the abilities of insects. Variation of Animal Imitation and Animal Morphing. User with this ability either is or can mimic/transform into an insect, including cockroaches, beetles, earwigs, flies, mayflies, termites, mantises, sticks,...

Take a look at this.

We got Sadira for arachnids, even though she’s got no scorpion but spiders. For a male, a hybrid of various insects would work out somehow.

or something a little like this. except with a scorpion tail,

To clarify- Riptor is still a human/raptor hybrid, look at her arms chest and hands. It’s very human like, just not as obvious. You have to really look.

On topic: I have always loved the idea of an insect based character it would be intriguing.

Sadira and Kan-Ra do not really count as bug characters. Because they look NOTHING like bugs. Sadira’s just a human with freaky powers and Kan-Ra falls more into the wizard/sorcerer trope.

I’m talking about a legitimate MONSTROUS BUG. No human with bug-powers.

I think it’s a good oppurtunity to perhaps make it from the same side as Gargos maybe as one of his generals that had caused some plauges of humanity in the past.

In the name of character diversity I support the idea of an actual bug-character in KI. 120 PERCENT!

…but we already have a spider-lady.

fighting like a spider does not actually make you one. she’s more of an assassin themed character.

So, are you saying she’s not predatory? Yeah, no… And she does fight like a spider - she traps you in her web.

Actually some spiders like jumping spiders do pounce on their prey, kind of like a wild cat. Other spides can actually literally throw their web around prey like a net. some seek out prey like wanderers and tarantuals, others just sit and wait. She may share these similarities in her style, but in general, I’d prefer something that’d actually look like a spider or bug themed monster.

This feild is really not touched on that well in KI. All we got is a guy who occasionally coughs out scarabs (which are probably just scarab shaped projectiles and not really bugs) and a woman who just has spider powers and mimics a spider but she truly is not a spider/bug. She’s an assasin that just mimics one much like Shang-Tsung who uses the Snake-Fighting style. Not a true creature, just a human who can mimic a spider.

Even if she is supposedly decent as a bug-themed character, a wasp, beetle, scorpion etc. Does not fight like a spider. Now animals like big_cats and wolves fight similar (just claws and teeth) but insects can have a variety of ways in which they attack and kill their prey, just a matter of the creatures anatomy and whether they can fly or not. We can get into specifics about the differences between a spider which is an arachnid and insects and so on, but the point is; for a supposed bug themed character Sadira leaves way too much to be desired, so I’d rather just categorize her as “the assassin” and not “the insect/bug” fighter.

As an Assassin character she follows it really well, but unless she starts growing spider legs out of her back she will never truly be a bug-themed character in my eyes.

or something a little like this. except with a scorpion tail,

This may seem a bit…cheeky but here’s an animation I did that refers monsteorus bugs, keep in mind my brother and I started this in December the year-before, finished it just in time for Halloween last year. It’s our “first horror” themed film. Designing the monsters was quite fun and I would like to see something like this in KI.