Dont get me wrong i love Rash like allot but he doesn’t fit as well as Joanna could have!

Plus Orchid could use the backup 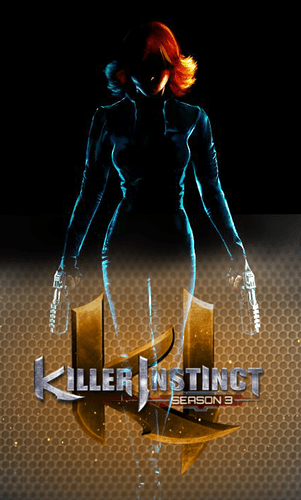 You never know, she could still potentially make it in.

As long as she doesn’t turn out a little to much like our existing badass gun toting, secret agent Orchid.

@GalacticGeek i hear ya! I love the crazy frog but story wise how does he fit lol

Well Rash’s original story is that some teens get sucked into a video game and wind up as mutant toad guys that are tasked with saving a princess from the Dark Queen. In KI he seems to be either some Wreck-it Ralph game-hopping or he’s used his little portal to find this alternate dimension just as he did when he was sucked into his game. Even his instinct leads you to believe he’s a game character breaking out into the real world what with the green grid pattern on him and the way his special effects look and sound.

Are you kidding me? Saying he got S-U-C-K-E-D into a video game is censor worthy?

Agreed id love to see her simular but different

Joanna for me would be far more agile.

Id love to see her with a snipper shadow simular to hawkeyes super move in ultimate marvel vs capcom. One shot stun into shadow attacks.

Ok i get this…

But us starved (for years) ki loyalists did we ask for this lol.

I read marvel comics so im happy with alternate dimensions but lets make this game credible in its lore before we go novelty lol.

I still feel we are defining the feel of the game at this stage. We binned time travel because it was quote “silly” but IG are fine with dimension jumping frogs?

You have a great point Wanda. The only thing that concerns me is Orchid already fills that niche. Not saying we can’t have another covert/spy character, but the other thing that Joanna is primarily known for is her guns. If we were to get a gunner type guest character…I hate to say it, but I think Master Chief would definitely steal her lime light.

I agree, I think she fits great. I mean, anything can fit into KI (Rash has proved that) but Joanna is a great fit. She could be quick, agile, and use weapons to zone but at the cost of damage (kinda like Maya I guess?). I’m also sure they could think of something cool for her Instinct and Combo Trait. She’s also a Rare character, so it makes even more since for her to be in.

To fill in the Gunslinger archetype Joanna would be next to perfect. If not, my second choice would be Arbiter.

I love master cheif but we need more female leads.

Agreeded she’s allot like orchid but thats great shadow jago us allot like jago and we paid a 100k for him lol.

I think they could make her different enough.

Like @ULTRASUBZER0 has highlighted she could use her guns to get in closer. She doesn’t even need to zone

Joanna has loads of technology

But don’t forget her hand to hand was useful

I mean imagine the trailer Orchid up against Fulgore on her stage with the helicopters shooting at her… (your thinking whats new?) Well them helicopter go down in an explosion. In flys another similar coptet-craft (they even look simular!) And out jumps Joanna with a bunch of tech and weapons!

BOOM she fits so well and its why rash disappointed me. Not in game play rash is great but in the lore.

IG remaking re imaging how Joanna would fight would be perfection. She has all the credentials but as a fighting games character she has ample space for interpretion.

I Agree would of been way more hype and would be KI furst gun character, orchid has no guns so ppl saying that are lost. Jo was so the second highest vote on the list of guest characters her apperance in S3 is highly probable

Johanna is my second choice right now and I also think she would make a great fit. I’ve been wanting to see a Gun character in KI for a while now. My first choice you all probably know by now is Scorpion.

Scorpion could work to better than a annoying battletoad

You know how bitter we can get looool :-/

But ki offers newness with every season, Joanna would allow IG to make something new from an existing successful franchise. It would give them a creative licence without damaging the FPS IP.

And Shadow Jago vs Scorpion!!!

I think she’s too similar to Orchid.

Scorpion in KI would be awesome! But what about the rights of the Character?

Joanna Dark is my number 2 pick behind Kameo, but i feel like we should keep all Guest Characters in one thread rather than make thread after thread.

Differentiating her from Orchid is indeed the trick. I’d make her a bit Aria-like, deploying gadgets like the Laptop Gun against the opponent. Maybe give her a “stealth” move or instinct ability that allows her to duck out of the fight for a moment.

What if the Skedar and Glacius’ people are mortal enemies?