How where the sales nrs of season 3 compare to season 1 and 2?

Some people already talking about maybe a season 4 happening but i think it depends on the sale numbers from season 3.
Compared to season 1 and/or season 2, does anybody know any sale numbers?
Did season 3 do good, or do you think season 3 gonna sell more afther the reveal of shadow lords?

Microsoft has never released sales numbers for KI in almost any capacity. There is some track of sales for the physical copies of the season 1 disc sold, but for the most part, KI is sold on a digital platform. They did say at one time KI had hit over 6 million individual users playing KI, but never any hard sales figure.

Even though KI has never has never shown its actual sales numbers, we’re three seasons in now. MS must be doing something right and deciding it’s worth it to them to keep putting out new content.

True. But if we don’t get the feature of ultimate combo on the entire roster, i really don’t have a reason to purchase this game. I played this game way too much, and i need something else besides boring ultras and lame stage ultras,

I could be wrong, but I have heard a lot more hatred towards S3, than was ever was during S2. I do think there is love for S3 on both sides. The developers and the players.

hmmm, maybe in season 4 they need to polish the game aka ultimates for every character, and / or no mercy’s. and the rest of the time / budget goes to new characters / stages.
for example; 4 characters and every character an ‘ultimate’ and a ‘no mercy’, to really make the game complete.

That would be milking the franchise way too much. Plus there won’t be a fourth season thank god.

…if we don’t get the feature of ultimate combo on the entire roster, i really don’t have a reason to purchase this game. I played this game way too much, and i need something else besides boring ultras and lame stage ultras,

OK, let me make sure I understand this - you’re bored with Stage Ultra and Ultra Combo cinematics; and if you don’t get another bundle of cinematics to get bored with after having seen them a few dozen times, you won’t buy the game? 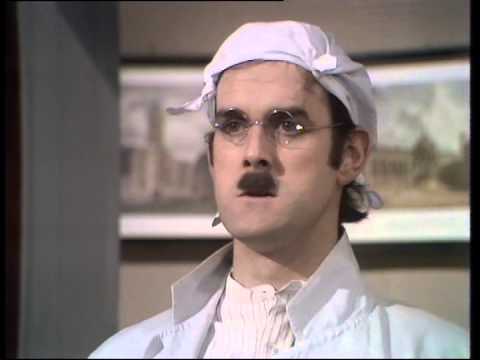 Welcome to our brave new world

I could be wrong, but I have heard a lot more hatred towards S3, than was ever was during S2.

Nah, the hate isn’t even in the same ballpark as S2 hate.

Nah, the hate isn’t even in the same ballpark as S2 hate.

I’d venture to say there’s been far and wide more love for the game in S3 than otherwise.

People really need to leave the forums to get the big picture. The forums are a vocal minority.

Understand this. I am bored of only doing ultra combos and boring stage ultras, stage ultra sucks big time. Also understand that I would rather do ultimate and no mercy finishers because it defines the character’s killer instinct, and please don’t use this lame reason for not wanting ultimate combos and no mercy finishers just because you will get bored after a few times.

Ehh, dubious - these characters have plenty of substance and personality without the finishers in place.

I never once said that I did or didn’t want them - but people were bored of fatalities and x-rays in the first month of MKX, so I don’t see how my observation is so “lame”.

The love definitely there - there was a lot of S3 fury around stages for most part but other than the odd moan about guests on a KI game the praise has been universal that I’ve seen. Think we’re at the stage now where people have gotten used to stage issue being unlikely to change and just focusing on playing the awesome new characters.

Your right, it’s not. Anything that happens after the match is over is lame, in every fighting game, that’s why I feel ultras need a 2 player mechanic. I proposed integrating double ultras into the match in DH forum days (so we have a reason to do them. Essentially if you don’t pull a successful double ultra, or a minimum amount of hits and land the ultra ender, the opponent would come back tj combo style. That way, the ultra is hype for both players till the last hit because if they drop the ultra you’re still in the game).

But the way they are set up now? ZzzzzZZZzzzzz

You are right. If they add more, people will just get bored of those too in a matter of weeks. All that hard work from ig, and people will just go for ultra>immediate ender everytime… unless you randomly feel like doing a full double ultra.

As for stage ultras… I think people would rather have a fully cinematic ender or nothing at all. I get that it was added by popular demand, but no one wanted a half assed implementation. Either give them the next gen polish and spectacle they need, or get rid of them I say, cause right now they’re kind of an embarrassment and worse, everyone knows it.

And this is what I cannot fathom about the fervor behind finishers. When you think of all of the meaningful, lasting things they could spend money on, how does this become any kind of a priority? Uggh.

Ultimates were never the selling point of KI. It was more just a “there” thing.

It’s not like alot of people do ultra combos anyway to begin with.

Play with it a short time

Probably forgot it exists later on

KI doesn’t need ultimates.Because if it would be anything like MKX’s…then I have zero hope. I preferred the x-rays because they were 100x better.

Then there’s things like having characters with out ograns suddenly having them (ARIA, aganos and fulgore for example).

So then it makes the fatality look stupid. No, I’d rather they focus on the core of KI which is ultra combos (which I think could use a rehaul in their cinematic execution).

I like Shago’s ultimate and i love the conditions needed to perform it, so if this was added to all characters it would make the game that much better. Ultras are cool too even til this day i enjoy them, its the community that ruined them with all the rage quitting IMO, stage ultras need work and are the worst of the 3 but i would still like to see stage ultras for all stages, and ultimates for all characters. 2 new stages, one for Gargos and the other for mira, only then the game will be complete.

Agree on the game will be much better with ultimate on all characters, stage ultras on all stages despite the ones that are available in the game?, pass.

Triborg is cyborg - a man turned into machine, he has human body underneath armor. What are these organs of use for him, that is debatable.