Eyedol does shadow meteors. Then he teleports behind you at different times. How can you block? Keits plz nerf. Kappa

Holding backward usually works for me.

But then he teleports behind you.

The “hold back to block” works for whichever direction your opponent is. This means that, if he’s on the left when he casts meteor shower, then he teleports to the right, hold the button to the left.

Coincidentally, this is also hoe you deal with having one of Gargos’s minions behind you. If Gargos is on the left and Izzt is on the right, hold right to block.

Eyedol is another character where the entire design philosophy is:

“He can do whatever he wants when he is standing, and thats OK, because he can be knocked down. That makes it fair.”

But how do you see him teleport?

And then he can dp as well so thats fair

Oh, so you need to learn how to block against Eyedol.

His teleport isn’t instant. There’s been plenty of times my tele-strike has been stuff by specials and buttons, so it can be stopped and probably reacted to.

For Rash, Gargos, Omen, Arbiter, and a few more, all i hear is “He can be knocked down, so its fair,” “Just start winning, and you will be fine.” And that means any character can have a crazy move set, and its called “balance” 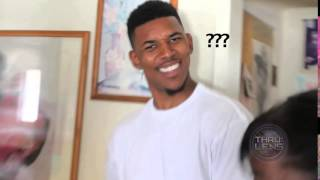 But when shadow meteor is active,you can’t see the teleport. It is in the Op

You can still see eyedol though since the meteor shower doesn’t land on him, so if he tries to teleport you’ll be able to see it coming and punish t least that’s how I block it.

Doesn’t the game auto block the teleport if you’re in blockstun from the meteors? Unless the shadow meteors aren’t a true blockstring.

t is in the Op

SHHHHHHHHH!! Don’t make them nerf him… Buff him!

I tried this and now my penis is stuck in a toaster. What I do wrong plz help?

Turns out the particles the meteors make makes it really hard to see the teleports.

It is really hard to block, and Mage can set up some nigh-unblockables, also true unbreakable, but he doesn’t get much out of them. The damage isn’t just meh, it’s outright bad. Yeah, he gets a jump cancel next transition, but it looks scarier than it is. Low risk with equally low reward.

Crying Nerf to Keits is going to create the opposite effect. Find reasons why it doesnt work for everyone and not just you. Find a reason why its not balance instead of crying nerf because you dont like it or havent figured it out yet.

the teleport does nearly zero damage. If you are blocking the meteor then the teleport shouldn’t connect.

I wasn’t serious when I said nerf him. It was a joke

I am just trying to figure out how to block it.

oh ok…well you never know man… some people are quick to pull the OP card. I get salty too when I cant defend against something.
One that got me yesterday was Wandamaximoff doing the stagger bolt on me 3 times ina row intil it blew out. Not much damage but annoying that stagger moves can be done 3xs in a row and not break it.
Or the Warrior command grab over and over it the corner. regular throw looses that battle!