How often to you have to take apart a fightstick and grease the pivot?

As the title says. Also how long will half ounce of grease last me?

Also can I use any silicone based grease from the hardware or does it have to be a specific kind?

Can I find this grease at a local hardware?

I’ve owned sticks for years and never had to grease a pivot once. I’ve got an X-arcade stick that almost 20 years old and it’s never needed service.

A quick search of the internet doesn’t come up with much, except for one product “Molykote Joystick Lubricant,” which is the same as “Dow Corning Molykote 44,” which can be bought on Amazon or most hardware stores.

^ very interesting a friend was telling me sanwa fight sticks need lubricating every month. i wonder how true that is? sounds like crap to me. I say this because I have a STIHL brush cutter where I cut thick jungle grass often with a steel blade attached and years go by without having to grease the shaft that turns the blade.

So it makes me wonder if this guy knows what he is talking about?

If Sanwa sticks need lubricated every month then finding information on lubricating them wouldn’t be so difficult would it?

That being said, you would still notice a performance difference if you over lubricate the parts, but all that extra lub is just going to gob up and look unsightly or cause problems elsewhere.

^ Yeah that guy must have no clue what he is speaking about. BTW you watching SF5 Evo? its live

BTW when you say u have sticks for many years and never lube these are sticks like Sanwa? or you talking about Korean sticks or old school sticks with no gate?

Actually no, I have super lame and my connection is bogus for stream. I have to wait until it’s on youtube and I can let it buffer a bit.

Aah alright. This one was REALLY good wait till u see this match with Mika vs Nash so epic dude.

I don’t know what inside the X-Arcade since I never took it apart, but it looks like the exact same buttons and joystick that were in actual arcade games I owned. Heavy Duty late 80’s early 90’s stuff made to take a beating. The stick registers 8 points but doesn’t have a gate or has an ocular one. I used it on PC, PS2, Dream Cast, N64, Xbox, and XB 360. So for MANY MANY MANY YEARS.

I got a Tekken X Street Fighter Pro stick with Sanwa parts in 2012? It was used heavily until I got a Madcatz TE2 in 2014.

Madcatz TE2 was all Sanwa for about 2 years, and the Tekken X Street Fighter was used for friends.

^ cool well if you have a sanwa for 4 years and no service done on it well it means I am safe. Basically I have a Qanba Q1 but what I did was I ordered 8 Sanwa buttons on Focusattack and a Sanwa JLF stick so I can upgrade the Qanba.

The Quanba Case is really nice but the actual parts in it is nasty, terrible terrible stick and buttons squeak and the stick feels like its rubbing against a baloon. It is infact a knock off immitation chinese Sanwa JLF is what the Qanba Stick actually is. There is lube in it but a cheap pivot that robs no matter what lube u use so I just decided to buy $50 US in parts on focus attack and upgrade it and be done with it.

The pivots will be prelubricated when you get it, so you’ll be good to go right after installation. Enjoy your new parts and don’t worry about maintenance. 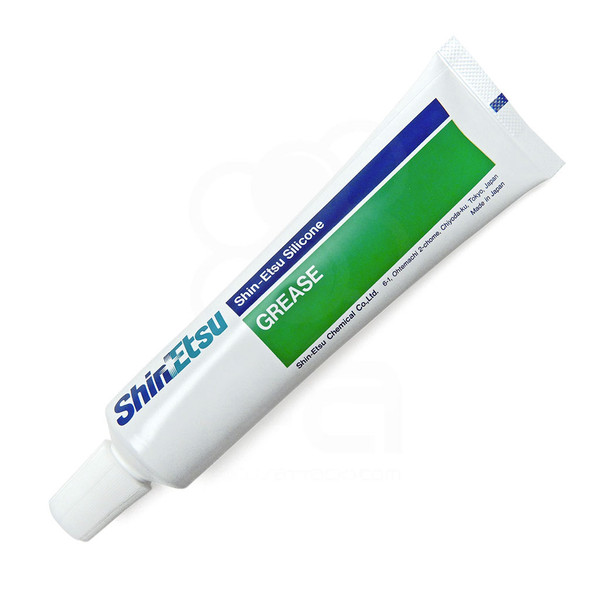 Considered the standard lubricating solution for Sanwa joysticks, Shin-Etsu silicone grease gives new life to aging Sanwa and Seimitsu joysticks that may feel sluggish over long periods of use. This is the exact same grease you see in the Sanwa...

I have had a Madcatz TE 1 since 2009 and I’ve done all kinds of mods and replaced springs and parts but never once lubed the joystick. I got a TE2 in 2013 and haven’t ever lubed it either. Both still work great.

The last guy didn’t grease his in 7 years and it still works fine, I am not in the business of making a fool of myself

Still won’t hurt to take it apart and see how greasy it is. You cant break anything or over do it.

I live in a hot dusty area and i got the jlf link that disconnects the shaft so dust always falls in during travel.

You wont harm or break anything cleaning and greasing every 6 months or 2 weeks. In fact you could increase the longevity of your stock parts the only thing i ever see fail is the micro switches