Looking at the old Game Boy version of K.I and I founf these names 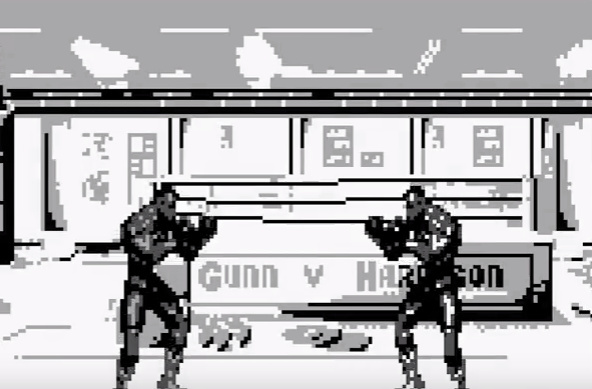 Gunn and Harrison these two could be Potential Characters to add in the Future. Other Boxers who were once Rivals to T.J Combo. One could be a friend of T.J were the other could Despise T.J for Cheating with his Cybernectic Implants.

Also the Diffrence between these guys and Shin Hisako is they are actulay completly Diffrent other characters where Shin Hisako is still just Hisako sure she may have a sword and a new move set and some sort of back story to go with it all but in the end she is still Hisako Where Gunn and Harrison are two completly diffrent people to T.J

I surely can’t be the only person who thinks you’re Moon.

Okay they would be different people, but why is that important?

I much prefer A over B, and while when you initially think about it group A may seem less original, in terms of gameplay they require more work and so aren’t the lazier option either. That’s not to say B is lazy, it must be an awful lot of work to produce a new character model. The point is that neither are really lazy.

I don’t know what you are on about with that Moon thing but I rather B over A I don’t need two of the same character when I can have another character added. I don’t care about game play I like the Lore better and that hole Hisako meets her dad and what not could simply be added to Normal Hisakos back story I dont need another one of her Just to see she is happy now when we could of had a hole new character instead.

There wasnt a period anywhere in that 1st response so i can see the similarities. But I dont think its Moonlight.

Anyway @UndeadShinobi6 thanks for replying, I strongly disagree but you are entitled to your opinion.

The development team has generally followed the first philosophy with their character design, making sure each character has a distinct playstyle. I’d argue that Shin Hisako is still an advancement of the lore (particularly if regular Hisako still exists in the lore, similar to Jago and Shago) and also provides great potential for gameplay advancements too.

Nah that’s some other guy.I have heard about him and came across some Youtube stuff but I have never spoken to the guy. anyway let’s get back on topic about Gunn and Harrison.

Must be a coincidence because I can ensure you I am not him but anyway can we please just get back to the topic already no one has even talked about it yet.

Back on topic I think it would be an interesting idea if both characters played as a tag team kind of like Aria but each character shared a health bar and slight variation to their instinct. They could have one be a rush down boxer and the other a slow but long reaching wrestler/grappler. Main problem I see with idea is that most of these tropes are all filled by the other characters TJ, Aria, and RAAM so adding them really wouldn’t add to the roster all that much.

No thanks.
We have a boxer, don’t want more.
Let’s hope IG will come up with something more original in the future.

We can at the very least expect another clone

I could see a TJ remix where a new character was more judo / grounded style. I’d still love to see a character that can take the opponent to the ground, use float overs as a sort of Thunder/Kim Wu mid combo position change, have grounded strikes as autos, joint locks as linkers, and different throws as either damage, wall splat, exchange, ground bounce or hard knockdown enders, I think that’d be fun.

If they wanted to take the names from the game boy version and call this MMA shoot fighter Harrison Gunn as a little nod to the past? I’d be okay with that. I kinda like it, and I’d like this character as a rival for TJ. As far as remixes go, I’d definitely take that over some of the ideas I’ve seen.