So this was The big secret or Mori’'s twitter Post… People assumed it was going to be a new BlazBlue because he redacted everything but “Blue”.

Eh. Might take a look. The Arc System Works family of fighting games has always eluded me. Hoping to try getting into them with Cross Tag Battle. Might try this.

Now let’s hope that this means Persona 5 Arena is in the works.

I’ve been told by a friend that I would like this character. 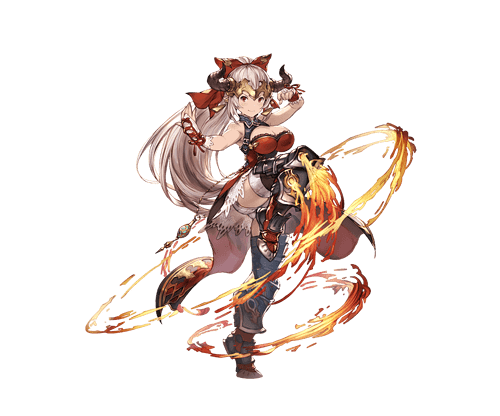 AlizaSSR_A.png960×800 114 KB
I think he was right. Except, I don’t know if she’ll get in or not. To any of you who actually follows Granblue, does she have a shot of getting in?

It looks good and will probably check it out when it’s out.
I like the whip girl and the guy dual-wielding swords.

She looks cool. Who is she? I feel like I’ve seen her before, but I really can’t pinpoint in my brain where. I’m not too familiar with Granblue.

Her name is Aliza, as I have been told. All that I know about her is what you see in that picture lol

Seriously though. I saw the Red, Fire, and the fact that she kicks and all I could think was, “That’s a me character right there.”

Kinda, except in GG, I felt like I had to do too much with Jam even though I liked her. I opted for Leo in that game instead who I actually loved a lot in Xrd.

Not a big fan of anime fighters.
Have watched a bit of this game and even though it’s one of “those” games as well, I genuinely enjoyed watching footage. The characters are funny and the dialogue/writing can be pretty comedic. Probably the lore behind the game gave it enough material to work with. I am basing this off the Japanese only - don’t know how things come across in English…

Also, Max said something to the effect of the beta feeling a tad subdued as if there were not enough mechanics to go all out gameplay wise but the core was solid. This opinion helped me to check it out because I am not a fan of these wild crazy games with too many things happening on screen in top of complex meters etc.

Haven’t bought Granblue but sincerely thinking of picking it up for the funny writing, interesting characters (which I didn’t think initially) and not too over the top gameplay.

I’m uninterested. The writing may be good, but I’m worn out on generic fantasy settings. I want more sci-fi themed fighters. Like actually sci fi in space. No demons, no magic, no dragons, no apocalypse, etc.

Eh. It’s not granblue’s fault though. It’s a popular Japanese ip being adapted into another medium. No harm in that.

Game works well with my hitbox too so it’s a nice training. Keeps me engaged.

Still haven’t gone online as I’m a noob with these games made by ArcSys… just doing tutorials and trying to learn mechanics.

Did sign up for an online tournament in Japan lol

Are you playing this game?

Literally tried Guilty, BlazBlue and DBFZ during the past two years but I couldn’t into these games and lost interest quite fast. TBH, I’m not sure what makes Granblue different but I’ve been slowly enjoying the game and its various modes. Unlike DB, I didn’t know the origins of this game. Just figured out it is a mobile game lol.

Guilty had a great tutorial and awesome bgm/soundtrack but perhaps it’s the RPG nature of Granblue that attracts me: It’s so relaxing to play…strange. Also it sort of feels like the game I wanted 20 years ago on my Dreamcast- an RPG fighting game 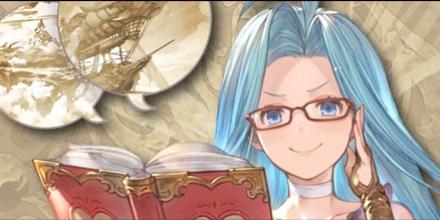 Granblue Fantasy Versus came out last week in Asian territories, and I'm one of the overseas players who decided to get the Japanese version to play it as early as possible. I wasn't playing alone of course, and ...

Yeah, these are all good tips. The single hit confirms into super do considerably more damage than the extended wall bounce things - that was one of the big things I noticed when I finally had some time to sit down and play around in Practice mode.