Garou: Mark of the wolves now on backwards compatability

As well as Sonic fighters. 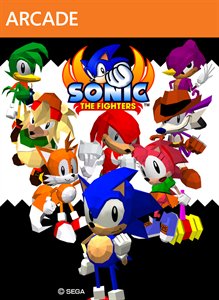 If Sonic Fighter made it , I can imagine Fighting Vipers and Virtua Fighter can’t be far off.

I should play Sonic the Fighters? Is it fun?

Just out of sheer curiosity, why are all of these old Sega games come out on Xbox One backward compatibility? I mean, I knew that there were games like Crazy Taxi 3, Jet Set Radio Future, Panzer Dragoon Orta, Shenmue 2 and others that came out exclusively during the original Xbox’s launch, but we’re not even seeing games like that. We’re seeing stuff like Radiant Silvergun, Ikaruga, Golden Axe, Sonic the Fighters and many more.

I’m sure I’m safe in assuming that all of these came out on 360 at some point, it just seems odd that so many old Sega games are coming this fast on backward compatibility (aside from the fact that they’re older games and probably take less time than the larger 360 games of yore).

Garou? I remember when I was playing The King of Fighters XI and I saw Terry Bogard wearing the brown jacket with no red hat on. My reaction was “Huh?”

Then of course I downloaded Garou: MOTW for the first time on my friend’s Xbox 360 and enjoyed the gameplay and realized why Terry hung up the old red vest with the star on the back with the hat to match. I want to get Garou but at 20 bucks it’s a steep price. Shoulda made it 5 bucks like Tekken is and it would have been a day one for me even though I’ve never played this one before.

It’s okay, not as good as Fighting Vipers of Virtua Fighter 2 - they’ll probably turn up on B/C soon.

This is awesome news, MOTW is still a flipping awesome fighter and certainly one of the best of all time. Sonic The Fighters is a huge load of fun, not nearly as deep as other fighters but good fun none the less.

I read somewhere that the B/C games need to be fully tested before being released, so it’s probably due to size/complexity, the number of allocated testers, or current emulator compatibility.

Given they were able to get X360 games to work, it makes me wonder if we’ll ever see other windows compatible games making it. Not just the original Xbox, but also Steam and Dreamcast games - it’d be amazing if they could pull that off.

I need to keep an eye on this. It’s got Ikaruga and I didn’t even know about it!

Garou is awesome too!

I can’t imagine the online scene being all too great for VFFS. It’s a graveyard on the ps3.

Old thread, but Still debating on if I should get this game…

Someone convince me please…