Post your clips of using Gargos’ Instinct to humiliate your opponents here!

Some of Gargos’ tools can influence matches in a way that makes the game REALLY feel like a boos fight. Players who use Gargos will have epic moments where you can actually FEEL like the final boss of a video game, and abuse your opponents in ways you never thought possible! Also, Players fighting against Gargos will have epic comeback moments where they counter all of Gargos’ BS perfectly, and will experience the same feeling you get when you finally beat the stereotypical OP final boos of other fighting games. These moments make Gargos a TRULY unique experience, and in my opinion, one of the greatest characters in fighting game history. To my knowledge, Iron Galaxy is the first developer to ever make this possible. Congrats to them! Please post your epic moments as (or against) Gargos that made the match feel like a proper boss battle!

My own clips (updated occasionally) : 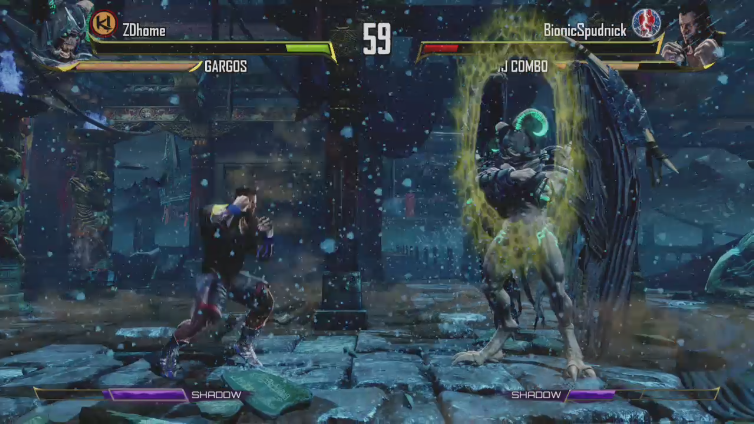 link won’t work for me.

EDIT: Done. @DiagonalSpy07 did it work?

Holy cow, dude. Seriously gave me a great laugh. The sheer frustration/confusion the opponent must’ve had.

That was pretty funny, but I wonder why he didn’t consider just sweeping.

Idk panic? Fustration? Gave up?..all of the above

That gave me a good laugh.

I remember @CStyles45 had a good one in practice mode against a tusk.

Yup! After watching His video, and reading some comments, it didnt seem like doing that stuff would actually be practical in a real match. But i see it happen all the time! If you play your cards right, you can have some CRAZY fun moments at the end of a match.

On my 1st attempt at watching your clip, an ad automatically popped up in the middle of the video and crashed my XB1 MS Edge browser. You’d think they’d add in ad-block into this that thing (or that people would actually listen when I ask them not to use that site to post clips)…

It worked on the 2nd try, though - your clip was awsome. Who needs a last breath when you can become completely impervious?

You have absolutely no respect… - taunting him just because he couldn’t attack you? Even I wouldn’t go that low if I was in the same situation as you. That and Stone Flesh has so much of a freeze on it that it’s frankly ridiculous beyond all reason. I had a grab stuffed just because my opponent could see it coming during the freeze. NO other character has that ability if I@m correct in thinking this through.

He could have attacked him, though. Just didn’t press the right buttons…

Yeh, there is that. that was just my initial reaction though.

I only taunt because taunting is what a boss character would do. And when you play as Gargos, you really feel like a boos! So when you have a good match while playing as Gargos, Finding a good place to taunt makes it 100 times more fun!

To be honest, i am losing a TON as Gargos, and i often get taunted right back after they beat the poo out of me.

I get what you mean. If that happened to me online regardless of the opponent I@d taunt back after winning. Glad you’re having a good time with this new character though

SO funny! In truth when I see a Gargos use his Super, it’s time to foot sweep and use throw set ups. I’m not daft enough to just keep trying to attack him. :3