Gargos is annoying to fight

He has to much spam in very op with the puch form fullscnen in i can’t even pushin him neft the puchis plz :[ 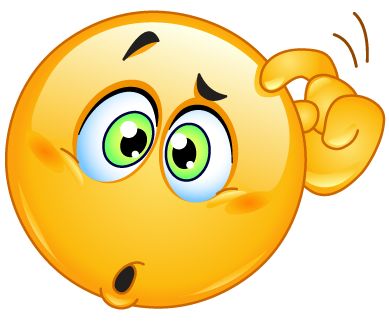 Been able to punish him hard with Jago, shadow counters are fairly easy for people spamming since he is mainly grounded on his normals.

Not that hard to beat. If he does heavy,just use a forward dashing move. If he does medium,jump. If he dies light,profit.

Really anoying. Im quitting KI, moving to MK. This game isnt what it used to be, every character was almost EQUAL but now… Fighting Gargos is a 3vs1 match minions make no sense in the game and as a Maya player being able to jump from side to side of the stage I should be able to punish in some way portal punches and I really cant idk about you people, Gargos isnt an impossible match but maybe is too much for those ‘‘KIspammers’’.

Because if you want to move to a game where every character is created equal, MKX is the obvious choice.

Dude. Why are you letting him summon minions? Just take advantage of his portal punches. Each one has a way around it.

Gargos is so broken , he can jump 4 times while I can only do 1 . Im dropping ki for a more balanced fighter Mortal kombat vs DC, now thats a game with REAL character balancing ( plz no flag )

Ive never played MKX so I cant tell, but im not buying a PS4 to play SFV. I dont have too many choices.

I do!'t mind fighting you with Gargos. I can do so without minions and I am more rushdown so I don’t have to use portal punches. We can see how things work.

By now, Idk how to take advantage and I think Im not a bad player currently Killer rank 521 last time I checked but Im not moving because of Gargos im moving for all the nerfs that they’ve done to Maya, not talking about her ender I’m talking about the 6 frames longer of recovery when I do my QCB RT ender or backwards mantis… Dont want to complain but I have to because it makes no sense to me that the nerf Maya and buff characters like Glacius which is OP for himself.

MKX is that bad?

While these things may in fact be “nerfs”, try not to look at them that way. Instead, consider them “reworks”. You might have to relearn your character a bit, but it’s not so bad.

Instead of your gameplan being built around landing that one ender, you now have a lot more room to play creatively. Her damage everywhere else is more on par with the rest of the cast, and she didn’t really lose any major tools. I guess really, the loss of blocked DP>dagger toss is a kick in the pants, but be reasonable. You know jump back>mantis was a dirty trick. Now you’ve gotta be a little more honest, and a little more careful with your DPs, but her game overall is a bit more solid. And because of the ender change, you don’t have to focus on your pips NEARLY as much. Instead, work on your juggle game, because Maya has EFFIN’ SICK juggles this season, and Mantis can cash them out meterless.

It’s not so bad, you just gotta rework your strategy a little. Also, her new dagger ender kinda sucks. Better off not using it. Daggers in the neutral or juggles, not for ending combos. As a Killer ranked player, I think you’ll be just fine.

Sorry if I sounded like a jerk anywhere in there. I can’t accurately assess my tone over the internet. I was more trying to be helpful and encouraging, because this game is a testament to the capabilities of American developers within our genre, and threatening to bail on it for MK is so very very harsh. Like walking out of Andiamo to try the steak at Walmart.

It’s better for all of us if you stay!

Nah, MKX isn’t that bad. Their PC fans have undoubtedly been screwed, but that’s more on the publishing side than NRS per se. And the game certainly didn’t blind any “innocent” FGC’ers - the NRS community was built some time ago, and is peopled by those who rather like NRS’ somewhat unique take on fighters.

As to your complaints about nerfs, Maya being able to do an aerial command grab that covers an absurd amount of space while jumping backwards was just silly, and extra landing recovery isn’t the end of the world. Just means you need to be a bit more thoughtful about your setups after that ender.