Future games based on mythologies

If there are more, what mythologies would you choose to appear in the next games?

Anyone, it really helps you to learn.

I’ve been fond of Greek and Nordic mythology for long time (when I used to watch Saint Seiya).
I wanted to get into God of War but I couldn’t stand Kratos, I just disliked the character a lot.
I’ve been reading a bit of southern aboriginal mythology. It might even share stories with natives from the whole Americas.
Doing that I discovered two dragons that are from theses lands, very far away from the majestic Quetzal or the fearsome Piasa (which I’m still not sure to put it as a dragon but it would be cool).

I’ll probably include these two in a story =) 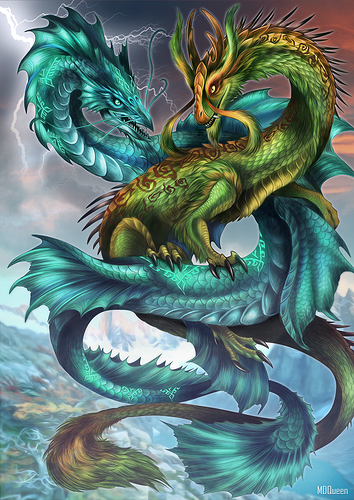 If there are more, what mythologies would you choose to appear in the next games?

Any of these would be compelling to explore, I think, whether it’s in KI or any other franchises. I feel like American Gods does some cool stuff with mixing several mythologies in one show (and book, for that matter), though that’s all obviously in construct of a unique story, so you don’t get quite as much as you might if the whole narrative focused on one specific culture’s mythos.

Still, it’d be great to see more of these areas explored in great detail, preferably with some type of historical option like Assassins Creed Origins has where you can simply turn everything off and explore the places like a living museum of sorts and really learn about the time and the culture and what not.

I mean, think of how much we know about many of these mythologies you mention here. I mean sure, I know a few names here and there, but to get a lot of the stories, visualizations of the characters and the people that created them… I think that’d provide some amazing and perhaps almost as importantly, NEW experiences for gamers.

I do recall playing a game with some great Inuit stories that really delved in to the culture, mythology, etc and while I was admittedly terrible at the game, it was still nice, and even had live videos, interviews, etc that you could unlock as you played. Have any of you played this?