I would love to know what inspired original Fulgore design.
The first time I saw it I instantly thought: the mix between Terminator/Robocop and Predator! I just LOVED that robot. I couldn’t believe how amazing it was (by the way, I loved all those movies!) 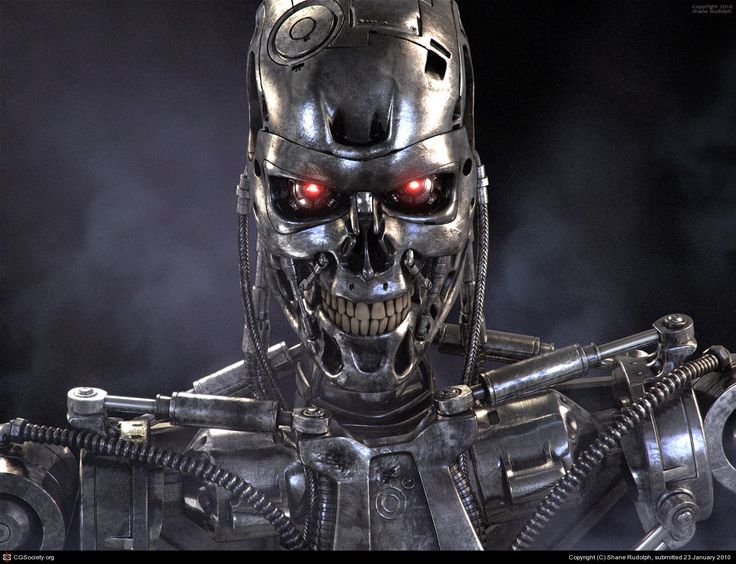 I also remember a KI comic page where you could see Eagle in a “Fulgore suit”. The suit looked like robocop, sort of…
http://static6.comicvine.com/uploads/original/3/38919/1831210-thunder_and_black_eagle_fulgore___killer_instinct_special_3.jpg

Fulgore and Sabrewulf were the characters that got me into KI. I tried the Wulf first but then I went to Fulgore. After some matches I saw a guy using Wulf and I feeling I betrayed my first character I picked it again and won a mirror match. After that I knew who my real main was XD
However Fulgore will always be one of my personal favourites, and he also was a good main of mine in KI2 (where he looks pretty cool during the cutscenes!). 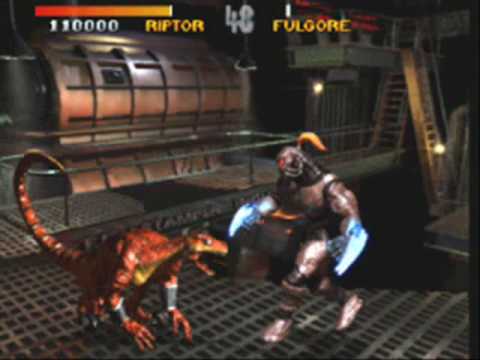 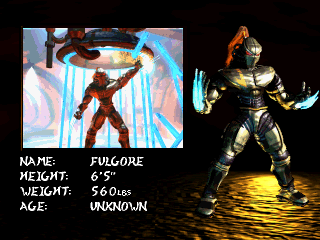 KI 2013
What I like of this new Fulgore is his personality, he feels deadly, lethal, and scary. It took me little time to get used to his new design, at first his “Ironman/ transformer” feeling was strange. But well, got used to it XD I also like the accesories, being my favourites the “portal’s turret” one and the halo ? style mask. He still is such an amazing character, he should be in a movie as the ultimate killing machine =O

i guess it will be very challeging redesign Fulgore to Mk. 4 if a new KI game is born. Double Helix Mk. 3 are outstanding. Overall, he’s the posterboy of KI and deserve all VIR treatment. 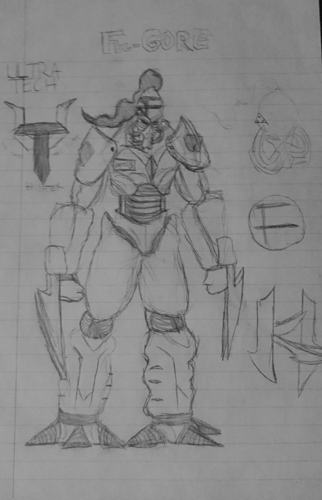 If a sequel is in the works, might I suggest a more heavy duty design?

New Slogan: “We are Ultratech. We make the future, brighter.”

Have you seen Fulgore suit in KI2? The Ultimate no mercy? =)

The roided weapon suit of death, yes. Not gonna lie, that form itself could’ve made a cool boss.

I just don’t like how he sounds like a screeching pig when he attacks or gets attacked. It sounds so…not robotic.

Funny , that’s one of the features I do like about him.

I don’t mind how he sounds… and his redesign is freaking awesome. It’s his retro that bugs me to no end, it looks too wide, specially in the face.

I think the retro looks alright. You have to take perspective of the timeframe between Fulgore Mk I and Mk III. For a comparison, look at automobiles. Older vehicles had large stocky frames with bulbous exterior designs. New vehicles have smaller compact frames with lighter more efficient materials. So more or less, look at Mk III Fulgore, all the hoses and all of that connecting him, and add metal plating to cover all of that like a protective suit. It would be wide and stocky like that.

I expected more of the retro. I had the same feeling with Wulf retro. They didn’t convinced me so I keep on using the new designs, they look better IMO.

Only thing that bothered me about Saberwulf’s retro is the eyes. Made him look like he was staring off into space or something.

After seeing OG gore and then looking at his classic does anyone else think he looks a bit chunkier than he should?

Fulgore was always my main back in 94. He looks so amazing now its ridiculous how awesome he looks lol. But he has a steep learning curve… especially in KI2. I was very disappointed when KI2 dropped and Fulgore changed so much. He is always in my top 3 “mains” club.

Sure, his frame IS bulkier in the original, but in this game he just looks fat. It just wasn’t well translated to 3D model, just like Sabrewulf. Sabre’s case is even worse.

And in KI1 you could almost do a full combo by hitting FK for all the moves…you just had to use something else for the ender.

Honestly Fuglore was my favorite in KI1. In 2, not so much.

Also, personal preference, I preferred the turret-head of the first Fulgore to the big bulky armor ultimate in KI2. I know they’re both kinda rediculous, but…I dunno, the armor seemed to be a bit too over-the-top.

Yeah original Fulgore reminds me of a robot knight with a dash of Predator sprinkled in there.

New fulgore design is f****** GODLIKE though. Maybe they just won’t redesign him in KI4 because idk how they will top it. Story reason? Simple. MK 3 has performed much better than expected and has no need for substantial improvements outside of some small tweaks here and there in the performance department lol

The new design of Fulgore is simply EPIC. I’m shocked by how well they pulled it through.
He has been detailed with great care.
Perfect broad back, strong arms, huge blades, fantastic sounds, his face and cables/mobilizing units are all insane. I also love how his boosters ignite and how some parts of him parallel to that open/close.
In addition to that, the way he walks is deadly and menacing.
Setting aside his looks, his moves are the same as the original. I’m greatly impressed.

I hope they won’t change anything considering his looks.
They do need to work tho on his shadow bar (reactor core), as he starts the fight with great disadvantage.

They do need to work tho on his shadow bar (reactor core), as he starts the fight with great disadvantage.

If I remember correctly, Kevin Bayliss, an ex-Rare art director that created the KI1 characters, posted on Twitter that he got inspiration for Fulgore from some toy robot.