Since I’m working on mining all the frame data for each character, I thought I’d create a thread explaining how I’m doing it. Just in case anyone wants to help.

First off, this explanation is for PC. I’m sorry console dudes, but I don’t have a capture card to record stuff from.

I recommend picking up OBS, and Avidemux. OBS is what you’re going to use to capture the game into a video. Avidemux is the program I’m using to play the video, and frame skip.

When you get OBS, you’re going to be confused unless you’ve used it before. The first thing you’re going to want to do is hit Settings in the bottom right-hand corner. Next, you’re going to go to Video, and set “Common FPS Values” to 60. Then set Downscale Filter to Bilinear, and Output (scaled) Resolution to something that’s bearable, but still captures at 60fps.

Then, you’re gonna head to Hotkeys. You wanna set “Start Recording” and “Stop Recording” to keybinds that make sense for you. Personally, I use Enter and Num +, the two big keys on my Numpad. Hit Apply and you’re all set there.

Next, since Killer Instinct is a UWP App, you can’t capture it directly. So then how do I record the game? Well, see that little box on the bottom that says Sources? Right click in that box, mouse over add, and click Display Capture. This may be hard on some machines.

Now that we got that all set up, let’s hop into KI!

First, you’re going to head into Practice, and pick Jago as Player 1, and Jago for the Dummy. Open up the options and go to Help & Options then Graphics. I recommend turning off Fullscreen, Motion Blur, Reflections, Occlusion, Bloom and Anti-Aliasing. Then set the resolution 1 step lower than you had it. This makes sure that your recording will be in 60fps. Besides, we don’t need to be flashy or pretty when looking at hitboxes.

Next you’re gonna need to go to Display, and turn on Display Input, and Display Hitboxes. Turn off the HUD as well. It gets in the way when doing certain moves.

Now, we’re ready for the test to make sure you’re recording at 60fps. First, start your recording. Then hit Light Punch. After the move has finished, stop the recording.

Using Avidemux is pretty straight forward for what we’re using it for. Basically, once you’ve recorded the attack you want the frame data of, you’re going to go to File, then Open. You’re then going to head to your Videos folder (or wherever you’ve set your OBS recordings to go) and select the video.

Go to the bottom left and hit Play twice. This will start playing, then pause the video. The video needs to be paused so you can use the Left and Right Arrow Keys to move back and forward by 1 frame.

Find the frame where Light Punch has just appeared in the top left hand corner of the screen, using the Left and Right Arrow Keys. This is Frame 1.

If not, you need to change your bitrate in OBS by going to Settings > Output > Video Bitrate. Nudge the bitrate down by 100 then repeat the process above with a new recording of Standing Light Punch.

If this was correct, then you just counted Jago’s standing light punch “Start-up” Frames.

Using Jago’s standing light punch as an example, this is how you count start-up frames.

This is used for ALL physical attacks, and Riptor’s Heavy Punches.

Recovery frames are a little harder to count. This will need a new video to be counted correctly. First, make sure you’re far enough away to not hit your opponent then, Start recording, hit standing LP, then hold up immediately after, and stop the recording once he has made it into the air.

You need to find the first frame where the Red Hitbox disappears and count until you see Jago’s Throwbox (the blue rectangle around the Yellow box) disappear. The frame that the Throwbox disappears on, does not count. If you have done this correctly, then you should have counted 9 total recovery frames, and you’re ready to count the Start-up, Active, and Recovery frames for all normals and specials.

I’ll update this after I’ve had some sleep, and teach you about counting Advantage Frames, and possibly Shadow Move start-up frames.

Until then, if you want to practice counting frames and want something to compare to click here for the most up to date Frame Data Spreadsheet.

This been updated lately? 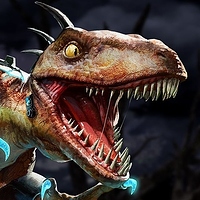 New update coming soon. Sorry for my absence. I was at EVO and just now had time to sit down and do stuff. That being said, I updated the characters who had their frame data changed in the last patch, that I had done. Shago is almost done so I’ll...

Thanks for all of this info!