Yes I know KI has a lot of cheesey monster movie tropes, but this is what I’ve wanted for the longest time.
Adding SOMETHING to the sci-fi ultra modern high tech part of KI lore.
I know he looks like a fulgore clone, and even seems to be a bit goofy one at that, but it’s MUCH better than “fantasy archer” or any of that other GARBAGE they had on the new character survey.

Other non fantasy garbage characters that were on the survey that might be cool to include and expand on the modern/futuristic aspect of KI:
Eagle
Pre transformation cinder
Ultra tech agent.

but it’s MUCH better than

Plus we have ARIA and glacuis on the alien, ai robo sci-fi side.

The game is already loaded with scifi. Glacius, Orchid, Fulgore, Cinder, RAAM, and Arbiter all capture elements of scifi while being unique. I don’t see how adding a human Cinder and an UltraTech agent would be any diverse for us when they’ll likely be gunners or spy tropes which are kinda similar to Orchid and Kilgore.

As for the “generic” monster game. There are several fighters with 90+% human characters on the roster, and Mortal Kombat seems to be focusing on the military aspect of the universe now with the heavy emphasis on special forces. I would much rather keep KI the way it is because monsters are what makes KI the game it is.

If anything, this Fulgore seems more on the lines of Terminator, or at least more than the other Fulgore IMO. 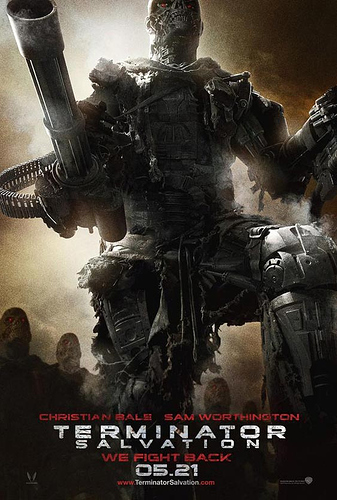 but it’s MUCH better than “fantasy archer” or any of that other GARBAGE they had on the new character survey.

Good to know all those other options were garbage, I was actually kind of fond of most of those ideas (especially Lovecraftian horror and Djinn) and looking forward to seeing them in the game, but now that I know they are garbage I will actively protest their inclusion from now on…

Ha ha. I don’t even know what they meant by “lovecraftian”. What is that anyway? I might know, but I might call it something else.

Ha ha. I don’t even know what they meant by “lovecraftian”. What is that anyway? I might know, but I might call it something else.

This are some examples of Lovecraftian monsters: 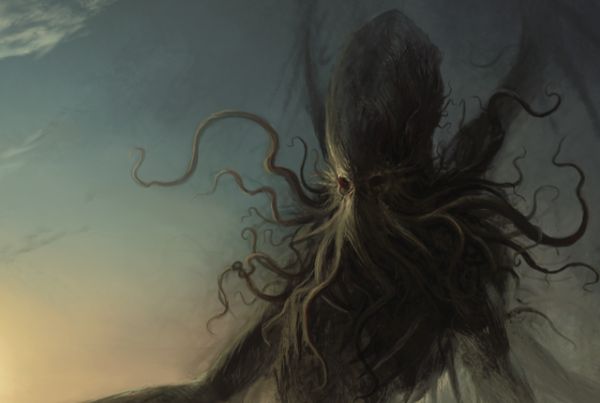 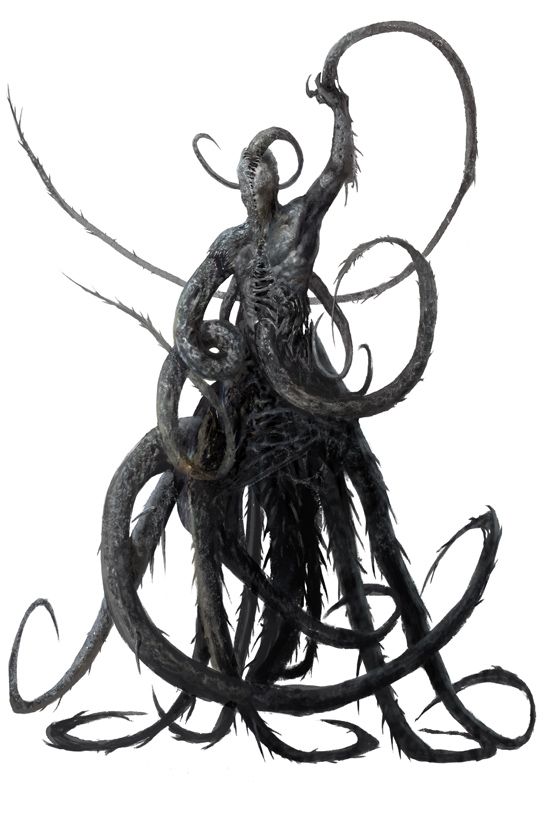 The top pic looks like a Ilithid, or Mind Flayer “can’t remember how to spell it

All of those pics look bad azz. I would love to have something like that in the game.

is that what black heart is from marvel vs capcom?

Shub-Niggurath, often associated with the phrase “The Black Goat of the Woods with a Thousand Young”, is a deity in the Cthulhu Mythos of H. P. Lovecraft. The only other name by which H. P. Lovecraft referred to her was "Lord of the Wood" in his story "The Whisperer in Darkness". Shub-Niggurath is first mentioned in Lovecraft's revision story "The Last Test" (1928); she is not described by Lovecraft, but is frequently mentioned or called upon in incantations. Most of her development as a literary...

witch was a creepy azz movie that sets place during the great American expansion (invasion) of the west. a farming family sets up camp on pioneered property on the edge of a Forrest. give it a watch.

I love that movie.

Riptor in my opinion does fall into sci-fi style as a monster with genetics and cybernetics and what not, same with Cinder sicne gene manipulation, mutation and a bit of cybernetics for his suit.

I find it funny how you fear KI being a “generic monster fighting game” when 90 percent are more like: “a bunch of generic humans from around the world fighting” Not many fighting games even have monsters or any games that don’t just emphasize on human fighters. which makes KI stand out from any other.

On that note: I will agree that Kilgore is a welcomed editon.

The game is already loaded with scifi. Glacius, Orchid, Fulgore, Cinder, RAAM, and Arbiter all capture elements of scifi while being unique.

Riptor in my opinion does fall into sci-fi style as a monster with genetics and cybernetics and what not, same with Cinder sicne gene manipulation, mutation and a bit of cybernetics for his suit.

Cinder, Riptor, glacius, orchid etc. are already established characters. The NEW characters they’ve ADDED have been mostly generic fantasy because their target audience might not like any new original characters, so the devs stick with established generic tropes to play it safe.

This is what kept KI so generic.

The only other modern/sci-fi character was aria.
RAAM and Arbiter (and Rash, cause battle toads was a sci-fi game) don’t do squat for the lore cause I’m sure they’re non canon.

That said, kilgore still isn’t %100 original, but it’s better than "fantasy archer’ or “lovecraftian”, or a mummy or vampire.

For the next KI or season 4, I want more original characters.
From an originality point of view, and making KI unique, mummies and vampires can go in the trash.

Yet you want human cinder.

You say that Kilgore is “better” than those other characters, but that is purely subjective. And actually, the roster has ZERO archers and ZERO Lovecraftian monsters, but we have several robots. Orchid is also a spy/agent trope, so human Cinder would be another play on that trope. If anything, those characters you call “garbage” are actually completely unique. And as you said, “from an originality point of view” the FIRST archer in KI would be unique, and more unique than our third (fourth if you count Riptor) robot. You’re playing the wrong game if you think less monsters and more military styled characters would improve this game. As I said before, you can go play Mortal Kombat X. They introduced four brand new military characters and emphasized the military in the story mode. It sounds like MK is more up your alley.

So an archer with some sort of mystical powers or abilities is garbage and generic, but a random Ultratech agent isn’t ? Lol