Hey so I really like this game and have been wanting to get into it for a while but every time I try to get my madcatz tes+ plugged the game will not recognize it. Today I looked it up and apparently they made the game xbox controller only (seriously? cmon guys) anyway I saw there were options so I tried inputmapper… bad decision there seems to not be any tutorials for how to work it. So I was just wondering if people out there have found a decent tutorial for input mapper or if there is a simpler fix for this than i originally thought

XBOX 360 Controller not working with KI anymore since update

well who knows when it will be fixed. I had enough of this and downloaded XOutput which is a xinput wrapper for direct input devices. I’m using a PS4 TE2+, set the stick to PS4-mode, switched the driver to HID and configured XOutput like this: https://github.com/Stents-/XOutput/releases [image] now my TE works just fine. make sure though to disable the right stick in the KI controller settings. you can probably also use it for XB360 or XBO controllers which refuse to work. check out your ga…

I have a 360 razor atrox fight stick that works great, i just put the movement option to dpad.

The best option I’ve seen would be to get a converter for your stick, like a Cronusmax or Brooks.
Personally I would recommend Cronusmax considering it can be set for multiple systems. I’m not familiar with Brooks converters, but I hear they’re excellent as well.

The game will work with Xbox One or Xbox 360 sticks. This means you can use any software or physical adaptor that mimics an Xbox 360 or Xbox 1 controller.

The cronusmax requires that you have an Xbox controller to swap in or out. The brooks converters are less versatile but don’t require a controller to swap out. I use the PS3/4-Xbox One converter on MTV xbox one version of the game and they are excellent, and slightly cheaper than a chrinusmax.

The cronusmax requires that you have an Xbox controller to swap in or out.

If it helps, the logitech F710 joypad can be used on pc, dere. and it can be used with the xbox one controll in multiplayer VS mode, dere… You understand?

This sexy control is good for fighting games dere 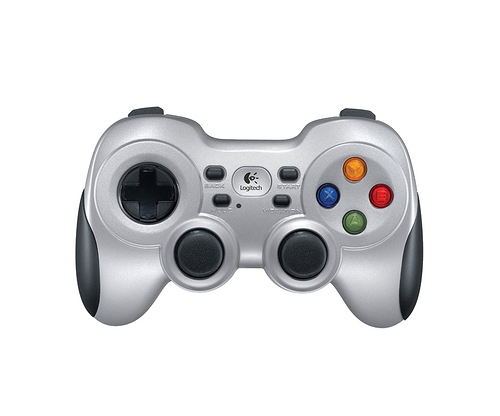 I use the KI branded TE2 that came out right when KI/Xbox One released. Quite nice on PC as well

The Xbox one fightsticks work with essentially nothing. Only fighting games on Xbox One and KI on Windows 10 store. That’s it. At least they updated the backward comparability games where it works too.