I don’t want to hate Capcom or thier games. I don’t want to diss other communities either. But this BS needs to stop. There are lots of good points in the video. Remember how low and trash Mortal Kombat games were in the 2000’s? NRS took that criticism and is now on top of the world in terms of quality fighting games. Capcom needs that same type of criticism now.

just throw them another fighting game of the year award, its gonna happen. and their behavior will be further encouraged lol

I agree with what @Infilament said on twitter yesterday .

i'm really bothered by the double standard in the FGC, and how perfect other devs have to be to get even 10% of the attention of capcom
10 Likes
justathereptile June 15, 2017, 1:18pm #4

I have to agree with you on this. The FGC seems to think capcom is perfect no matter how horrible they make their games.

After SFv, trying out MVC remastered and now seeing this heap of garbage MCVinfintite…I will never spend anymore money for capcom fighting games. They are just really bad and their fan boys make it 1000 times worse.

KI, MK and Injustice are doing just fine for my time and money. I dont need more than 3 fighting game sin my life.

BTW…SubZero looks so bad asss it destroys everything Capcom has done in the last 1.5 years

I am really uncomfortable about all of this. I love @infilament and he is not wrong about the double standard for Capcom fans in the FGC. But them being ■■■■■■■■ for crapping all over other games doesn’t mean it’s helpful for us to crap all over MvCI. Maybe I’m a champion of low standards because I just don’t see what’s so terrible about MvCI. I don’t think the graphics are bad, they are just different. Every Capcom game of the 3D model era has seen significant criticism of the art style for the characters. So I’m not sure that’s a quality issue. More relevant is the number of copy paste characters from UMvC3, which I get. But people are also complaining about every character they didn’t port over from UMvC3 so I’m not sure there is any way for Capcom to win this.

I’m really uncomfortable with the idea that Internet complaining leads to necessary improvement. I think there’s too much negativity in the world, in general, and I’m not sure that a majority of the complaints are constructive. Actually quite the contrary. I’ve said this elsewhere but when huge numbers of people clamor or for a new game in the series and then HATE it because it isn’t the new game they envisioned I think that’s more narcissism than constructive criticism. I’m not privy to alll the conversations occurring within the FGC so I’m not trying to criticize anyone or convince anyone. I just really don’t want to see a campaign of negativity waged against a game under the banner of “we just need to save this game by killing it.” We have seen that happen in the KI community and I just think it sucks.

Also, recognizing that Capcom makes baffling decisions and I am not very hapoy with them at the moment (certainly I’m not a Capcom FGC fanboy), why do people not realize the effect this is going to have on other projects? The versus games have never been financially stable and if this one fails there will likely not be another. Everyone asking for a Darkstalkers sequel should ask why Capcom would take that risk when a more known franchise (MvC) sequel gets them so much negative publicity. Your going to see them retire to the 20th remake of Monster Hunter and an occasional side project (I love Monster Hunter by the way, but you haven’t scratched the surface of reused assets until you’ve played Monster Hunter - same frame same animations but now it has fur - it’s a totally new monster!!! Now it has blue fur - an even different Monster!!! Buy our upgrade!).

If you don’t like it, don’t buy it and don’t play it. But this idea that we should wage a campaign to let the company know their work is not up to our standards is, I think, bullshit.

Capcom has fallen from grace for years now.
They used to be one of the best video game companies in the world, but now their games seem subpar to all other games.

Street Fighter V was a solid example of that. And it seems like MvCI is following the same pattern.
Kinda sad, considering I loved almost all their games in the past. Now though… there are better games out there I’d rather focus on than what Capcom is making.

I’m not going to rage about it though. Disappointed, yes, but there’s no need to rant about it for pages on end. Moving on with my life.

This is kind of what I’m talking about. Everyone is copying this one screenshot and pretending it is the epitome of how the game looks. It’s just echo chamber stuff. What percent of time that Chun Li is in screen are you looking at this? And doesn’t this strike you as more than a touch reminiscent of our own discussions about Kim’s wu’s face? If you think our communities obsession with that has made KI a better game I would love to see the evidence…

Edit: it’s worth throwing up some pics of Chun Li from UMVC3 for comparison instead of SFV 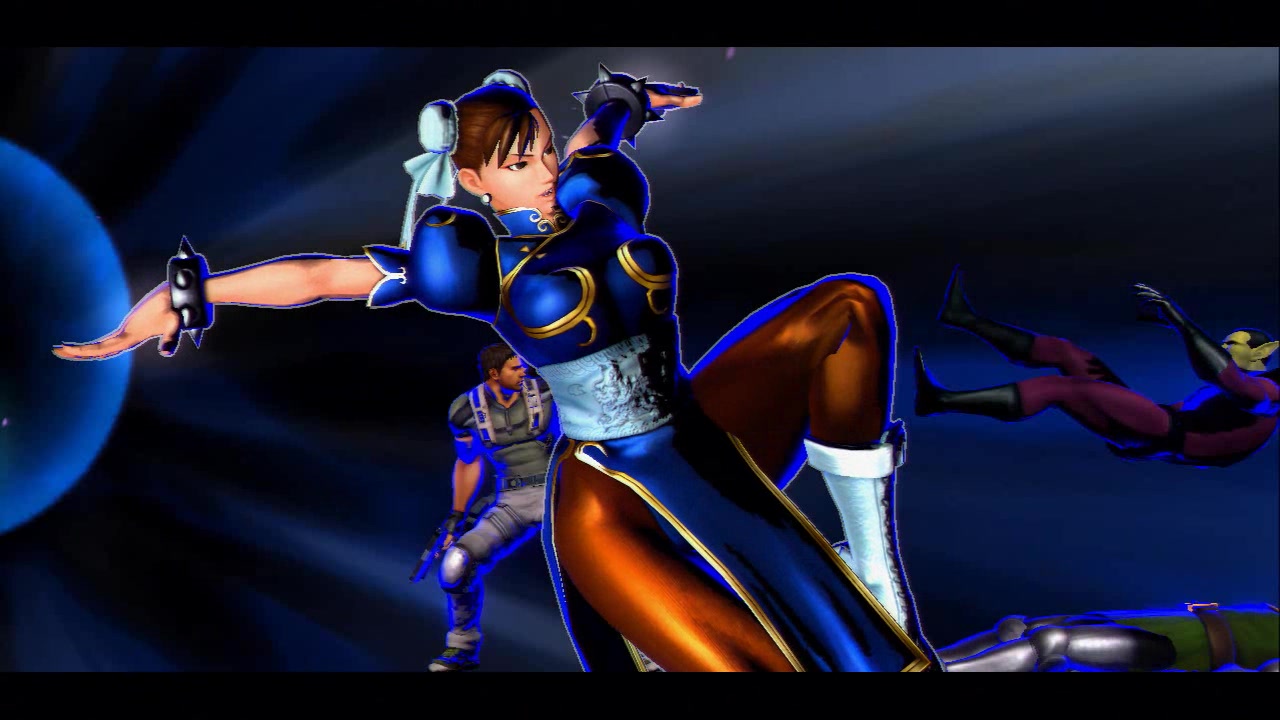 I think this quote right here about sums up my feelings on the matter.

If you don’t like it, don’t buy it and don’t play it. But this idea that we should wage a campaign to let the company know their work is not up to our standards is, I think, bullshit.

I get that criticism can lead to better art (or work in general, really). I also think that if something displeases you or isn’t up to your standards, then by all means don’t play or buy it, and encourage your circle to do the same. But a great deal of internet energy spent on supposedly “helping” a developer or franchise is really just people being ■■■■■■■■.

If the game isn’t up to your standards then don’t buy it. Don’t buy it and then ■■■■■ about all the stuff developer X must do for the game to be worthy of your money. Guess what, genius - you’ve already proven that it’s worth your money. I’m starting to think Harada is on to something: make game, let people play game, and make no changes or apologies for any decision made therein. Yeah, Harada’s a douche, but at the same time I’m starting to think I’d take a dozen of him over these fans who wage campaigns against the thing they said they love.

Capcom fans are particularly bad about this, and will complain to high heaven about something as they simultaneously continue to fork over money to it and refuse to play anything else (that in many respects is, go figure, better). And then when MvC:I looks ugly, they pivot with catlike reflexes to a “but you just have to play it!” defense, when they’ve crapped on far better games for less. They’re basically huge entitled jerks from both sides of the equation.

So yeah, Capcom fans suck. What were we talking about again?

Well, Capcom sucks too, so… yeah.

Oh, Capcom’s FG division is most certainly writing a master class in how to squander credibility in a nebulous morass of bafflingly poor design and production decisions. Criticism is warranted, and they certainly don’t deserve passes on the quality of their work.

I don’t like MvCI’s art direction and I won’t be buying it. But that doesn’t mean I’m going to wage a virtual holy war against the company and spend large amounts of my personal time crapping on them trying to force them to change. I’ve made my jokes, said my piece, and most importantly, am not buying their work - I don’t need to spend hours online concern trolling them over it.

doesn’t this strike you as more than a touch reminiscent of our own discussions about Kim’s wu’s face?

Yes, I’m really trying see the “ugly” with Chun Li but I honestly don’t. I do think the general aesthetics of MvCI needs some help tho.

I love this sentence. Thank you.

How ugly some of the chars are is the least of Capcom’s issues. this isn’t the same as LCDs rant about Kim Wu’s face.

It’s about the capcom community treating other communities like crap and artificially inflating hype for games. All of this BS about how street fighter needs to do well so the FGC can survive or how MvC3 needs to be at EVO for its final send off is stupid and manipulative.

I don’t want to hear this crap anymore. I usually don’t go out of my way to diss games or players. People can like what they like. But I am sick of facetious pros/prominent players putting down other communities and convincing casual gamers to play trash.

It’s hard to ignore when the biggest fish in the pond is obnoxious AF.