Eyedol with one or two heads? (Poll)

I prefer eyedol with two heads but if @TempusChaoti wants him with one head only I don’t mind. At least the entire original roster will be complete.

Should eyedol be a reptilian?

I don’t care if Eyedol as reptilian, I’m fine with that! But I’m very worry about him… Because Adam don’t like Eyedol’s TWO heads, he want Eyedol with ONE head… D: I don’t want them ruin Eyedol!

Him being two headed is his most recognizable characteristic IMO. So I would prefer him keep his two heads, BUT I could live with him only having one if that is what has to happen for him to be in the game.

Wait, what? @KevBones10 putting words in my mouth? Yeah, let’s not do that.

Maybe it’s because not a lot of people touch multi-headed monsters aside from comic writers, who find a character that argues with itself funny… i.e. the 3-headed giant on Monty Python and the Holy Grail.

Wait, what? @KevBones10 putting words in my mouth? Yeah, let’s not do that.

But I remember you say about Eyedol’s heads on Twitter… You don’t like Eyedol’s two heads because he’s look goofy? Really? But you can remake Eyedol get different style gameplay like grappler or zoner. I never like Kim Wu in KI2/GOLD until her new design and gameplay in Season 3. So I like new Kim Wu because she’s better than before. If Eyedol’s return in Season 3, he will be best playable than before! Eyedol with one head is not Eyedol…

I agree, I think the 2nd head could be a shoulder pet or an ornamental shoulder guard. 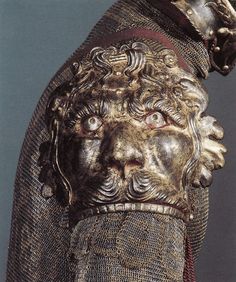 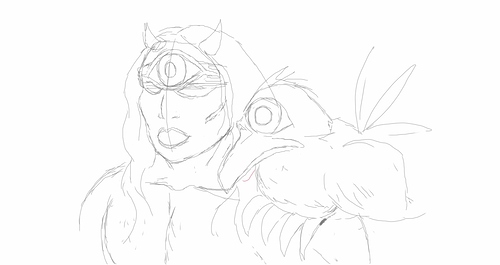 I remember you say about Eyedol’s heads on Twitter… You don’t like Eyedol’s two heads because he’s look goofy? Really?

.
if its really the two head the big problm …then WHERE IS THE professionalism???

and make change plenty of us mains characters.
and now i think u can do that

Riptor in a cheerleader outfit is goofy too isn’t it?

Not the same thing. We are talking about a character, not an accesories set of a retro.

IMO the “goofy factor” can be avoied with a mix of “evil and cruel attitude” and a “dark appearance”.

If you make one head clever and another dumb, if the heads argue between each other… well, thats goofy.

But if both heads speak different phrases, not interrumting each other, and the character is menacing and intelligent (or at least, not mindless),and this is combined with a “demonic look”, it doesn’t look goofy to me.

Lets put it this way: imagine an Aganos size Gargos(the actual teased one), with both heads like the one Gargos has. Menacing, sure of what he is doing, threatering you. Doesn’t sound goofy for me. But thats only my opinion.

Could this be menacing enough?: 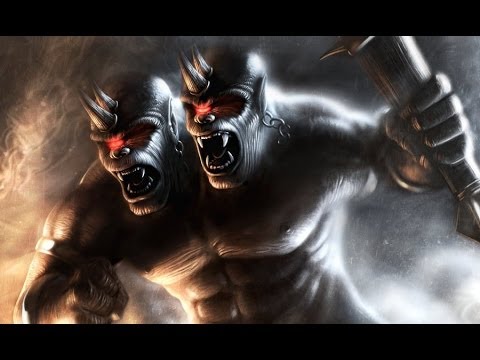 Riptor in a cheerleader outfit is goofy too isn’t it?

On a scale of 0 to Cheerleader Riptor, I think two-headed Eyedol scores a pretty safe 7, at most.

Using retro and retro accessories as an argument for the base of another character?(INVALID!)

Y no… using Spinal and Rash as examples, or alluding to how goofiness is inherently within Killer Instinct since forever?

Eyedol is somewhat goofy to me, he looks so much like a goon/henchman. I simply don’t see him at boss status as is, then again we don’t need three bosses or two evil warlords.

Spinal is literally insane mentally and rash is nothing more than a guest charecter. You can’t use them nor simple accessories to justify this point.

It’s annoying coming here seeing people complain taking words out of context and saying stuff Adam already knows. There has been many many posts about potential Eyedol designs with both 2 heads and various themes. I’m willing to bet that majority of the dev team have visited these posts and seen these suggestions already.

This is a bit much. All I was saying is that Retro Riptor’s Cheerleader outfit was a terrible comparison, in terms of Eyedol’s inherent “goofiness”.

I know. Just the first part was for you. The rest was just me ranting about the thread in general. But yeah. Even spinal or rash doesn’t really compare like the what you said about the accessories. It was mostly in agreement

You know what else is goofy? Bipedal frog wearing sunglasses.

Edit: turns out it was said a lot ITT already. Anyway…