Every Character is OP/Busted/ Needs A Nerf

Almost every time i come here there is a new thread saying so and so character is broken. First it was Shago, then fulgore, then tusk, and now Rash. Like really everyone is not broken season 3 came out only a month ago, i wish people would stop complaining and learn the match up. I’m not saying get good, I’m saying Stop complaining and try and learn something instead of complaining, Whining is not going to help you or the community but that is just my thoughts.

That’s the internet for you.

People go online and see something that beats them and instead of trying to figure out why and learn from it, they hop on their computers and whine trying to get things changed in their favor. The same thing happens with every genre, people crying that this gun is OP or that class is cheap, they moan and pout instead of getting better. Whats worse is when the developers of these games actually cave and nerf/buff things because 0.01% of the player base rolled out of their doritos induced hibernation just long enough to post on the internet and complain as if they know something about game design and balancing,

Yeah, that’s kind of what I was thinking as I was reading through the Tusk thread. When I think OP, I think unbeatable or at the very least, unfair with regards to the rest of the cast. I mean, can we really determine something of that magnitude less than a month after season 3’s been released?

Why not let it breathe a little. Get Mira, Gargos, [redacted] and #8 in as well. See how the whole thing shakes out. Maybe Tusk will get a damage nerf, maybe some other characters will get nerfs or buffs as well and if that’s the case, fine. So be it. But maybe we should compile a bit more evidence before we make that decision?

I fought this one character with my character and he did this thing that I couldn’t figure out how to stop/dodge/block or otherwise handle. I don’t know what the thing was and I haven’t been to the training place thing or looked at frame data or otherwise made much effort…

So yeah, that thing should be changed. All those things my character can do though, those should not be changed.

I was actually just about to create a similar thread.

I am growing quite tired of the brain-dead nerf posts.

Likewise. Normally I ignore those types of threads but as laid back as I am even I’m getting annoyed with the constant “nerf ______” smh.

Thats your opinion. People have thiers too.

Thats your opinion. People have thiers too.

Let’s be fair and make a distinction between people saying “I think this character/move is too strong, here’s my research explaining why I suspect this is the case” and people saying “This character needs nerfed and is OP because I lose to them and that’s annoying”.

everyone seems fairly balanced now, few tweeks here and there needed, but overall everyone feels good, i still hate aganos because its one hit , two hit and no damage and im getting attacked back, still struggle with hisako to counter against her, not played against her much

The same is happening with Street fighter 5

Day 3: OMG Nash is the best character
me: why is that?
Online peeps: Cause infiltration won as him
me: -_-

Day 5: OMG RYU IS THE BEST CHARACTER EVER!!!

another reason I think tier lists are bull spit

Ryu is the best character. LOL

Rashid is ok. People sleep on him. 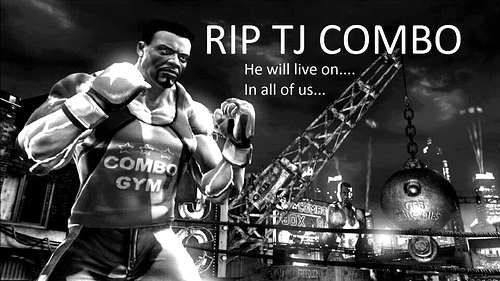 Replace TJ with Kan Ra and its my sentiments exactly. Lol

all of them are just haters
oh sorry i forgot

but peoples forgot with all that nerfs that game change totally thats no more KILLER INSTINCT combos with big damages!
that become just a endless fights …

if they continus like that with all the nerf the risk is to lose most old players from s1 and s2 cause no everybody can old it. suddenly beacause of haters u see ur characters changed with limitation and style…ppffff

I’m pretty sick of these too. I am not a frame data analyzing lab rat - so I don’t think everyone needs this kind of data just to offer their thoughts. But you should temper your views with a consideration of your viewpoint (i.e. Why you feel this way).

All of the characters will be tweaked over time. But I’m convinced it’s way too early for many of these discussions. Let’s take Rash as an example. That thread has evolved into an interesting investigation of rash’s MK boot run cancel. It may well be that move needs adjusting. But that is definitely NOT what most people are complaining about. They are complaining about wrecking ball into cross up j.MK. This is mid tier Rash spam tactic number one and while I agree that it’s annoying, you can just block it. Get a life lead and then just sit there and block. You aren’t going to get chipped to death at KI. Block it. The worst case scenario is you block it until you get meter. Many characters have something that can beat it without meter. I’ve found that most Rash players don’t have a plan b if you can foil this spam. Certainly as Tusk I don’t dread this matchup.

Tusk is the same. “Tusk has too much damage yo!!” Yeah, Tusk has high damage. But to be honest, I find Tusk is actually much less “autopilot” than Glacius. He doesn’t have much in the way of setups. He has a very spacing dependent gameplan and powerful normals. I have never seen a character match up so well with such a vague style description (midrange “bully”), but damn if that isn’t exactly what Tusk is. But most fights I win with Tusk I am not getting huge damage combos. No matter how much they reduce his damage you aren’t going to beat him with jump ins…

Lots of people confuse “things I have to think about,” with “things that are unfair.” Everyone likes to win. I like to win. If I can win easy by doing exactly what I want to do the whole match, then yeehaw. But other characters who make you change your gameplan are not automatically OP. I hate losing. We all hate losing. There is no character in KI that I have fought a match against at one point or another where I haven’t been left saying “holy ■■■■, there’s nothing I could have done…” But that’s not character design problems - that’s getting beat by someone who is just way better than you. One of my most frustrating experiences was a set against a guy playing Glacius - when I was playing Glacius. How do you get out of that one? “Damn, Glacius is OP. I can’t even beat him with Glacius…”

Please go pick these OP characters, fight your way to Killer, win the KI Cup and then come tell me who is OP.

Sorry for the text wall, but I have to vent about another one of my favorite things. “I beat (character X) all the time. It’s not even that hard, but I just don’t think it’s fair/right/fun/legit/good design/ or (my personal favorite) it encourages bad habits that he gets to play brain dead/spammy/relying on this OP move.” Dude, you aren’t fooling anyone. No one runs to the boards to post a salty rant about a character they routinely beat. Give it up.

Not even a like button can express how much I agree with this.

Ever character is to OP, we need nerfs for everyone. I refuse to play KI - the video game I paid for- untill each and every character is garbage (except whoever my main is at the time).
Only then will KI be truley balanced.

There will always be “Nerf this character” threads. As has already been mentioned, there is a HUGE difference between a post that is just calling out for nerfs, versus somebody showing you why they believe this character is broken.

A good example is Infil’s posts concerning Rash, of which is very strong right now and might have a few glitches that are giving him positive frames on certain attacks where they should be negative on block.

The whole point of having a forum is in part, to discuss balance.

Example: Kan Ra was nerfed, not because people refused to learn the match, but because there were set ups that were unavoidable and inescapable once caught. Kan Ra was able to skirt around the very rules that IG had set.

IG had never intended him to be able to do this.

The same goes for Sadira and her 90% web combos or Jump Cancel unbreakables. People discovered ways to manipulate her go give her an unfair advantage. (And I’m a Sadira main). IF nobody said anything, she would still be broken today.

While Nerf threads are annoying, they are important for the point of discussion. Many times I learn valuable tech within these threads by responses.

Is there a right way to do a thread about nerfs or a wrong way? Sure. But I don’t think they sure be treated as a bad thing.

Nobody likes to see their fav character nerfed, but the reality is, if the meta shows a mass exodus to said character all of whom are exploiting certain behaviors, then it is going to draw attention.

Understand this, the devs aren’t stupid. Just because somebody cries nerf doesn’t mean that the devs are going to immediately place that character under the microscope and nerf them. They look at a LOT more data than that. They watch matches with said character and if they see a set of moves that are being abused and or create an unfair advantage against the other characters, then they’ll make the said changes.

I didn’t mean those type of threads, I mean the tusk is op is stupid they didn’t give no reason. I want a valid reason so we can see what it is and get the devs to fix it or so we can help them learn how to deal with it

I speak for myself when I say no one in massively OP this season, maybe because it hasn’t been long enough to explore all the matchups. I do have a harder time against a solid Glacius with Jago but that has always been my nemesis match along with a few others. I can only think of one character that really does annoy me when playing against, Rash.

Rash is safe on a lot of things, he isn’t broken but he doesn’t need to be plus on so many things. Some adjustments to his frame data should be well warranted.