If you Preorder Doom right now at game stop you can play the Beta starting April 1st I believe.

lol i am broke!

I’m gonna get the game. Just letting you guys know.

thanks for the tip!

Better than the Movie i’ll give it that.

Seems more people are having issues launching the game on steam. Maybe that will change in 9 hours.

Gotta make a comment on the baron of hell. It seems to have been designed to be just a monster. Nothing more.
I get no ‘baron’ feeling, or a feeling that he is above any of the other creatures. No respect.

My main issue is that it doesn’t look like Hellknights or Barons thrown fireballs anymore, when that was their main threat in the other games.

Careful talking about about a FPS on xbox that isn’t the almighty halo. The Halo police will come and get you for not liking their doom/Quake knockoff. It is nice to see someone like a FPS that is not the over rated halo.

True that. They have turned into potential bulletsponges instead.

Then again, having many meleemonsters increase the chance of arachnotrons

Showing off some KI S3 in the Doombeta. I bet everyone I play with will get it! 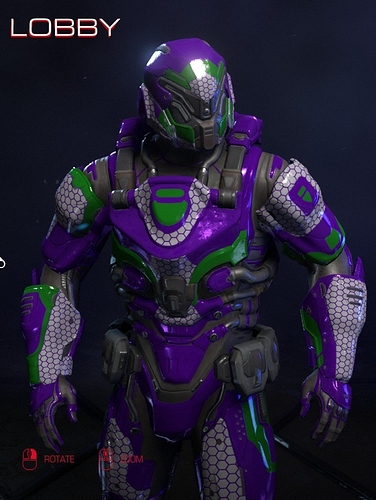 Pre-ordered it and now we wait for may 13th

Alright guys. Some thoughts on the Beta so far.
-Pretty in depth customization, even down to dirt and wear on your weapons and armor!
-New weapons! The Heavy Machine Gun and the Lightning Gun. HMG is a decent all rounder akin to the Repeater from the Alpha, albeit with less accuracy and more OOMF. The Lightning Gun is a close range dump truck Quake fans will recognize, with an obscene rate of fire for dealing out CQC punishment.
-Random loot drops! This nets you random cosmetic items with each level up, which is an interesting approach. Since the level cap in the beta is 15, you won’t be getting everything.
-Hacks! Well, kinda. They’re powerups you earn after each match that can be activated whenever you spawn in. These give you bonus powers like extra XP, Power Weapon Trackers/Timers, Vengeful Wallhacks that let you seek out your killer, extra armor, and more!
-New Power Up: Haste! You move, reload, and possibly even shoot faster for a period of time. May or may not include tracking capabilities for bullets. Turns the super shotgun into a superbeast!
-New map: Infernal! Now we get to fight in H.ell!

I need to activate the code they sent me, and I will likely play this weekend, if not tonight.

How would you compare this multiplayer’s functionality/feel to a shooter like COD or Battlefield, and/or the original Doom titles, Unreal Tournament, etc?

It feels pretty old school, even playing with a controller instead of mouse/keyboard (i.e. the proper way to play a shooter).
I’d probably liken it most to Quake Live (the free browser/Steam version of Quake 3:Arena) but with a beefier feel to the weapons and a darker tone to the atmosphere. While you can choose a loadout from spawn, each weapon seems balanced to different skill levels and situations (the fact that the rocket launcher ISN’T a power weapon makes a very happy Fwuf).
It’s got all the traps and trimmings of a classic shooter otherwise: Health kits and armor packs scattered around the map, power ups/weapons/demon runes scattered around with set spawn times, and am emphasis on movement and consistent accuracy.

Im pre ordering tonight along with DS3! So is this just multiplayer? Is there any fighting demons or any type of gore?

I have way too many game to play right now!! AHHHHHHH!

The Beta is just for the multiplayer component. The full game comes with a campaign through the UAC and Hel.l, as well as the SnapMap map editor for both PC and consoles!

So its basically like Halo in the beta? I honestly dont care for online multi shoot em up. I just want to play the story mode and see demons and sheet

I wouldn’t say it’s like Halo, since rather than moving about as fast as a fridge your character breaks the land speed record.

Though while you’re not keen on the online shooters, there are power ups that turn players into demons to wreak havoc on the enemy team.

But yeah, campaign isn’t until launch, probably to avoid spoilers.