Does Anyone Play On Hitbox?

Hey guys. I’ve been thinking for a while about picking up a hitbox, and just curious if anyone here on the forums uses one.

I know there’ll be an adjustment period if I make the switch, but just kind of wondering if anyone here has done it before, and how they felt about it after getting acclimated to the new style of input.

I don’t use it, but I have friends that come from PC.
They told me you get the most precise inputs ever. I believe them.
However I ignore how hard is getting used to it.

NR Yorsh (Hisako main) from Chile plays on Hitbox. I talked to him a bit, he went from stick to Hitbox and vouches for it being the better choice.
After talking to him I’m actually interested in a Hitbox myself. I’ve wanted to switch from pad for a while now, might end up choosing the Hitbox.

Indeed he does. One of his old GTs was “Hitbox Yorsh”.
BTW, wasn’t a guy called hitboxtyrant also used to play with hitbox?
The prob is none of those guys is in the forums I think. But yeah, Yorsh knows English, maybe you can contact him,Storm.

I know Freeky Jason uses hitbox (saw him use it at Combo Breaker).

I think there is no doubt it is the 100% best choice for input in every game, although I doubt its advantage in KI is super big (I think its advantage in other games, like Marvel or Tekken, is way way way more obvious). But to me, I don’t have interest in switching because 1) it takes months of rewriting your muscle memory to feel comfortable and 2) it means you always have to bring your own device when playing games – you can’t borrow a friend’s stick for casuals (and they can’t borrow yours) and you can’t play on an arcade machine. Also 3) you have considerably less options for devices… you either have to buy a Hitbox-brand device, or build your own. You don’t have multiple stick options (sizes, shapes, artwork, price, compatibility with devices) like you do with regular sticks.

So I think the upside is high but it comes with some strong downsides too, which may vary in importance for you. And KI might have the least upside compared to games with more difficult inputs. 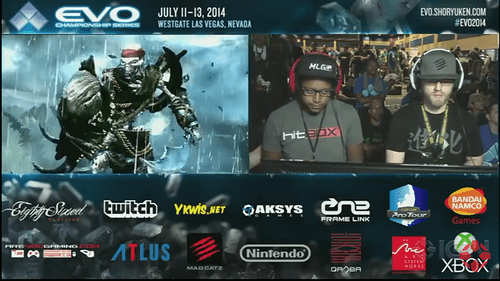 Maybe it was just a team, I haven’t seen what they used to play with xD

Yeah, the switch isn’t really for KI (which largely doesn’t have complicated enough motions for it to matter), but more just because it seems like it’d be good as I branch off into Marvel, DBFZ, and other fighters. Even then, a lot of this is more because I’m kinda like “huh, I’d like to try this out!” as opposed to a bonified need or anything.

Not super looking forward to the whole “re-learn fighting games on new input device” thing, but at the same time it’s only been a year and some change since I learned regular fightstick, so it’s not like I’d be sinking a ton of lost experience. Pay my due for a month or two, and afterwards my inputs should be about as clean as they are now (that was my experience when moving off pad at least).

In terms of borrowing sticks it’s not super onerous to drag it to my local, and if I ever get truly lazy, then I can just borrow other people’s. It’s not like I’ll completely forget how to use a standard stick after all.

And yeah @MaruMDQ - Tyrant plays on hitbox, as did Godspeed (S1 Glacius player).

P.P.S - some of the crap you can pull in 3D fighters or Marvel on hitbox really is pretty wild

Maybe there is hitbox specific tech in KI that people simply haven’t discovered yet? My money is on Mira airdash foolery.

Yeah, I’d guess that run cancel and air-dash stuff is probably where the greatest benefits would be found.

The air dash and instant-air dash inputs are actually what made me first start thinking about trying out a hitbox. The inputs are important in Guilty Gear (and DBFZ to come), but I can’t really do the motion comfortably for extended periods (begins to wear at my shoulder that I injured a while back). I play GG on pad instead of stick for that reason, but I really do miss having the stick button layout while I’m playing, and IAD’s aren’t so much easier on pad than stick that I really feel like I’m benefitting all that much. So I figured “why not?” on maybe giving hitbox a try. I’ve got the money and the interest, so may as well just ask around and give it a shot.

Hi, quick question
@STORM179
Are they allowing Hitbox controllers to be used at
major tournaments?

Now that you’re used to the Hitbox, is it hard to play on a fight stick? (Asking for a f… Just kidding

)
I am wondering as I have a fightpad which I love but sometimes I wonder about the rules at tournaments. I tend to bring either a Hori stick or regular PS4 controller with me but they are not my favorites.
Any thoughts or comments would be appreciated.

Are they allowing Hitbox controllers to be used at
major tournaments?

Yes, Hitbox is legal at all major tournaments that I’m aware of.

Now that you’re used to the Hitbox, is it hard to play on a fight stick?

It’s not really “hard” to play on stick, more just that you lose some of the precision/consistency that comes with using a certain controller for a long period of time. My Hitbox was getting modded recently so I actually spent about 1.5 months playing on stick again (in both KI sand SC6). I wasn’t bad on it or anything, and ran sets and played in tournaments and did decently well. Just had a few more misses and execution flubs than I would have had in my heyday of playing on stick.

I am tempted to order one because my left wrist is not so flexible due to injury. I love stick but I might be better off using a Hitbox.

What have you been modding? Implementing some new AI for better “reads”?

Lol. No, just swapped the PCB to a Brooks Universal board so that I could play with it on PS4 (it wasn’t compatible with my Brooks converter, in spite of Hitbox telling me that it should behave like a normal X1 controller).

Cost me about as much as just getting a brand new HB to be honest, but I won’t give them another dime if I can help it since I feel they were dishonest in their dealings with me.

Cost me about as much as just getting a brand new HB to be honest, but I won’t give them another dime if I can help it since I feel they were dishonest in their dealings with me

That’s dodgy about the compatibility stuff.
Those HB things ain’t cheap now, are they?

Do you use custom artwork for your HB?

My Hitbox doesn’t have custom artwork yet, but I’m getting something commissioned for it now actually. Will def tweet about it when it’s done

Adding the art is actually annoying too. The plexi on the HB is coated with a kind of thick accrylic epoxy or something, so you actually have to go online and buy a clear plexi to replace that. Apparently even acetone won’t remove the default stuff cleanly.

Really? what a bummer…too much work for me as far as I can tell. Already miss the MadCatz days.

I am at a crossroads with investing in a new stick, because it’s annoying already just switching between pad and stick. Hori is super popular here but like I said, my wrist and also elbow would be better off if I could just use my fingers.

I am not sure what kind of box this is but came across it on my Twitter feed. 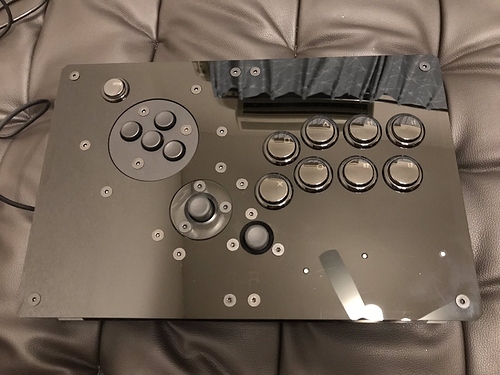 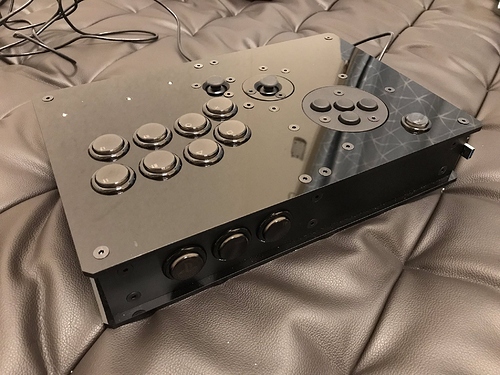 If I’m not mistaken, isn’t that what they call a mixbox? IIRC the difference between a hitbox and a mixbox is that a hitbox has its left-hand buttons arranged in an arc similar to the right hand, whereas a mixbox’s left hand is arranged like a keyboard’s WASD layout.