Do you think there will be another KI April Fools joke this year?

March is coming to a close, and as April begins, we are anticipating a great historical event in first day of the month…wait, what did I just say!?

Kidding aside, let me first take a brief recap of previous April Fools jokes that has happened within the KI Community:

#2014
https://forums.ultra-combo.com/uploads/default/optimized/2X/7/77db592fb2aeedf7956fcc4f880510212a26d9a7_1_375x500.png
Long before the first Season 2 character (TJ Combo) was revealed, Mick Gordon jokingly posted this picture on Twitter, a picture of Bottles from Banjo-Kazooie in the S1 select screen.
And I quote, “OMG!!! First #KillerInstinct Season 2 character leaked!!!”

The joke itself is essentially a reference to one of Bottles’ lines in Banjo-Kazooie: Nuts & Bolts.

#2015
In the Season 2 forums, a thread detailing on the upcoming patch notes was posted…and they were outright weird, strange, silly, crazy, or random! Some of the joke patch notes I remembered were:

#2016
No April Fools joke happened, but something was fishy in the website…

According to @rukizzel in a Site and Forum Feedback thread:

Fun fact - the web team did that as a temp troll and forgot to turn it off… I was not mad at seeing myself so many times.

Personally, I think it would be funny if they posted a glimpse of an upcoming Ultimate for any character who is part of Ultimate Pack 2 besides Fulgore. However, it turns out that the footage your are seeing is VERY early work-in-progress, the animations are so wonky. And probably they would state along the lines of: “We aren’t just fooling you, we are showing you some progress to keep on your toes.”

A stick man? That means we can have…

Ahh stickmen animations. Those were the days in middle school when I used to watch those by the dozen. Ghost fight was godlike and terkoiz was a legend all in his own.

I hope they don’t do anything I don’t want to get hyped about something and find out it’s not true. I.G really do troll to much.

i hope there is a joke, april fools is amazing hahaha

I think it’d be kinda funny if they revealed character 3 tomorrow and we were just left wondering if it was real or not.

They already did one… just released a few months earlier.

Gave me a hearty chuckle.

I hope there is an april fools joke this year. 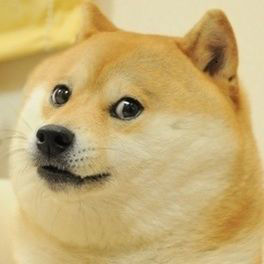 There will not be an official April Fool’s joke, FYI. Not this year, unfortunately.

Nice April Fools joke you just posted there! You can’t fool me