Loving the game on PC so far (bought the Season 1 and 2 Double Combo Bundle). Gameplay is really smooth and fun. Wondering if there are any plans to patch in Direct input support? As I have a PS3 fight stick I would like to use for KI.
Hope to hear from you guys soon.

My wish is to play the game with a Direct Input generic PS2 controller.

How did you setup inputmapper? I tried using it and neither my PS3/PS4, nor Xbox One TE2s show up as compatible controllers, and it also does not detect the .exe for KI.(It doesn’t appear to be a normal .exe).

not sure about inputmapper, but I personally had success with xpadder, and it doesn’t need to hook onto an exe or anything like that.

As a PS3 stick owner, I’m very concerned about this feature. It is
impossible to set up x360ce, so we are limited with really bad wrappers
like joy2key. I bought the Supreme Edition already, but I would like to
get DInput controller support for the best expirience ever.

I’d rather not have to use 3rd party programs just so I can use my PS3 stick.

Ps3 controllers ain’t supported at all natively in Windows… What are the devs suppose to do write drivers for it?

The PS3/PS4 TE2 has PC drivers. It works on every PC fighting game that I have tried it on with no need to do anything other than plug it in. The XBox One TE2 works on those same games with the exception of the buttons mapped to LT and RT, which is annoying but it should still be usable. With KI none of them work at all.

Dinput support is coming in a Windows 10 update. We don’t have an exact date yet.

Great! Thanks for your continued support on the awesome game that is KI! Much appreciated

I would second the suggestion to try XPadder. It doesn’t link with any executables and if your fight stick is detected in windows “devices”, then you can map its inputs to the keyboard inputs in KI.

Have you tried the SCP Drivers? It’s very useful, I play KI here using the PS3 Dualshock, not sure if it works with fighting sticks.

Someone has a Hori Real Arcade Pro V for Xbox One/360 and PC???
I want to buy it but i dont know if is fully compatible with the game

Okay guys, in anticipation for the release of Killer Instinct for the PC, I bought a Hori Fighting Commander 4 gamepad as soon as it was released, months ago…

Why? The Hori Fighting Commander 3 Pro sold out soon after it was initially released, and no one could get their hands on them.

I never unboxed the Hori Fighting Commander 4, and my friends were FURIOUS! They wanted to try it out!

“No,” I said, “This is for Killer Instinct.” I am a patient guy, especially when I know something good is coming.

I have been holding on to this thing, boxed, for months!

Fast forward to today, I unboxed my controller and WTF? Nothing.

I know you guys are trying to sell your X-Input controllers and accessories, I get that. But not supporting other gamepads and fightsticks by ditching D-Input, is border-line LUNACY!

Microsoft Windows is supposed to be everyone’s playground, isn’t it?

This is what you did to me, by pretending to overlook such an important thing…

I very recently purchased the new Hori Fighting Commander, which is X-Input, because I absolutely MUST have a controller that works with this, with no input lag, and now…

Now I have insufficient credits on my card left to buy the game.

That’s right, all I could do was purchase Shadow-Jago, so now I have a poor man’s Killer Instinct.

I live in an island paradise known as Barbados. These controllers came from really far away, and I paid alot for them.

To carry this Killer Instinct into a community that depends on my laptop, backup batteries and gamepads to enjoy outdoor sessions on the beach or on the street corner, with only 2 characters available… Shadow Jago, and the flavour of the week character…? UGH!

What a disappointment to all us island guys.

And the girls who want to play and hold the real matches up longer.

Anyway, I don’t want to use a program like X-Padder or Joy2Key to enable my wired Hori Fighting Commander 4. I never had good results using that in MAME, etc.

I expected a seamless experience here, this is 2016.

I may have to resort to using some program, but I don’t want to.

I paid $50.00 USD for the Hori Fighting Commander 4 gamepad, assuming that when you guys made Killer Instinct for the PC, there wouldn’t be such a glaring issue as not supporting D-Input.

Assumption is the mother of all mistakes. Okay… okay.

Killer Instinct is a great game, I owned the black cartridge and the audio CD for the Super Nintendo, gawked in awe at the KI2 cabinets in the arcades in the city (what an amazing spectator game) and finally, I owned Killer Instinct Gold for the N64.

I don’t intend to let you guys down, please fix this promptly if at all possible. 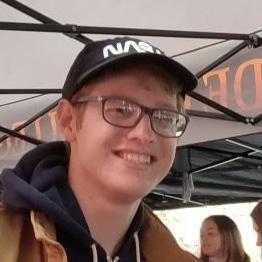 this works for me, it turned my directinput controller into XInput.

Thanks, i’ve come across it mentioned once or twice here in these forums… does it give input lag? I’ll try it eventually

a buddy of mines uses Pinnacle. He has a hori fighting commander 4 and said works great with Pinnacle. It’s all he has for now. Sucks that you can’t just plug in play. Microsoft should have known better and been on top of this when development was announced. PC uses have many different input devices. This should have been anticipated.

Not sure about ps3 sticks or whats best to use to work on pc.

Thankfully my atrox has a hori fighting commander in it and ds4windows has worked with everything. I have used ps4 wise