It is rather slow, isn’t it? But it feels so heavy both in atmosphere and general gameplay. Plus, when every encounter is a life or death struggle, where even the most minor of foes can reduce you to a hollow zombie in a few blows, it’s pertinent to your success to learn to be patient.

@xSkeletalx I’ve got a fire longsword I found in a cave being guarded by some salamander. It’d probably be a good idea for me to pump some titanite into that.
@Nightswipe0 Well ■■■■. Now I feel bad.

Yes, I like the intensity of DS games a lot. And the pacing is a nice change from counting frames in a fighting game , lol

Created yet another new character (Explorer). And finally managed to get over the hump. Have some decent armor and kills. First time in four tries that I feel like continuing. Completing this game and getting Shago or Sadira to lvl 50 are on my to do list this holiday. Gonna be tough, though.

Just remember to have some 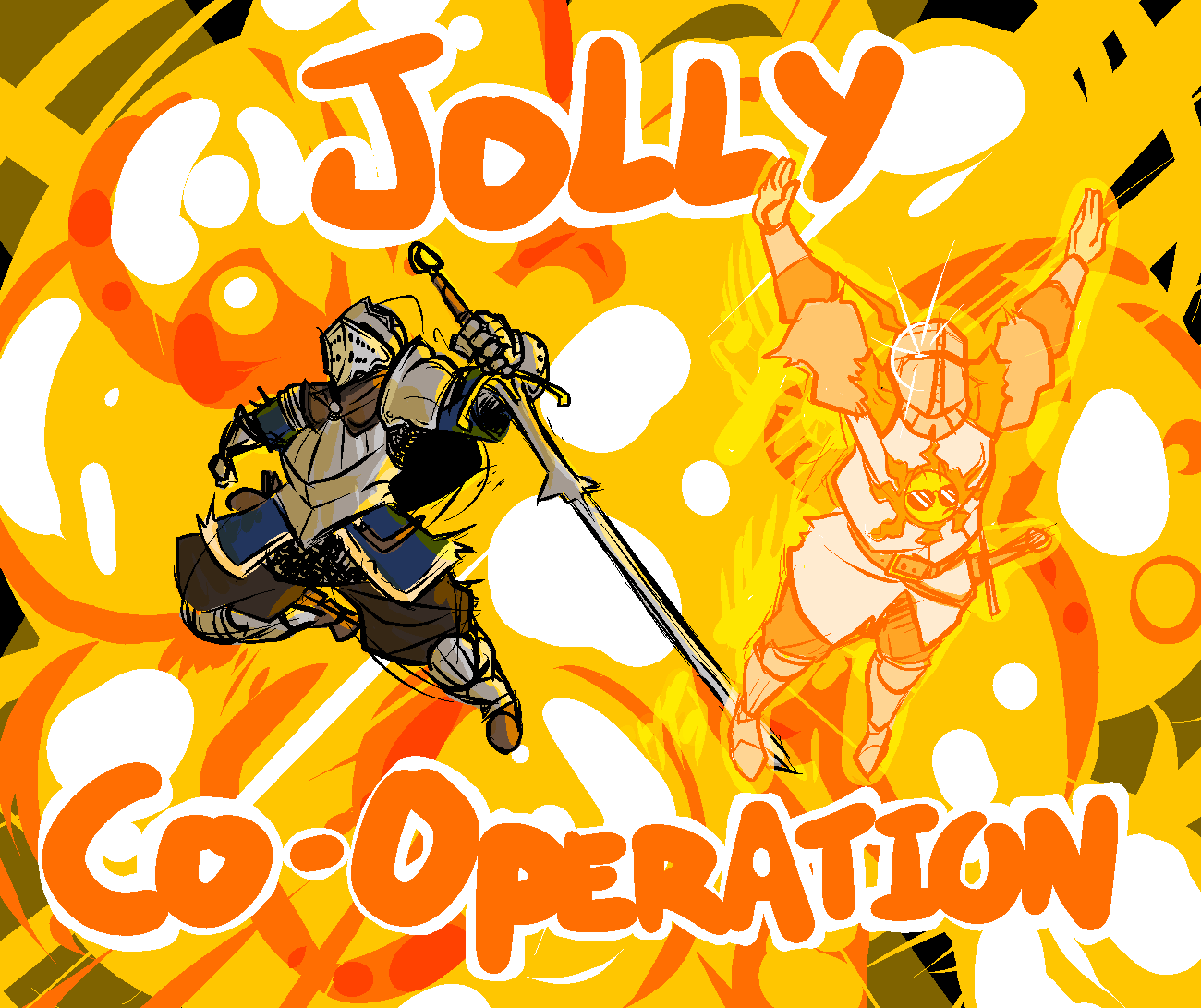 Completing this game and getting Shago or Sadira to lvl 50 are on my to do list this holiday. Gonna be tough, though.

Oh, suddenly the future looks a lot brighter with double XP in effect until Jan 4, haha. thank you, MS!

Well, no Shago or Sadira to lvl50 but I did advance a lot in DS2. Finally! I should say. Finally making strides in this game.

Finally made it through The Gutter in Dark Souls 2. Took a long break, but decided to come back and give it a go. After dying repeatedly thanks to some Dark Spirits and Poison Spitting Statues, I made it to the boss (The Rotten, who happens to be one of the 4 Great Souls) and beat him in one shot.
I am both incredibly satisfied and slightly disappointed.

Update: Made it to Duke’s Dear Freja virtually unopposed. Only died 3 times in the surrounding areas (and only one of those was the Scorpion Lady) before dying. On my way back to the boss, I fell off a cliff, therefore forfeiting 90,000 souls
#killme.jpg

Update on my Progresso:
-Beth has been upgraded. She’s now got her Ultra Greatsword to +10, and her dinky regular shield has been swapped for a +10 Tower Shield. I basically can just tank everything and then murder entire crowds with one swing.

-I’ve got all 4 Great Old Souls. Chomped through Freja on my 3rd try.

-Made it through Dranleic Castle and maintained my humanity long enough to tag-team scum the bosses there. Jolly Cooperation!

-Left off in the Shrine of Amamdass or whatever, a jolly little section filled with sorceresses that shoot homing bolts, water lurkers with bleed inducing pounces, some more dudes in armor, mushrooms that corrode equipment, and the occasional ogre, all backed up by some deer-kin priestesses that can heal 'em up. Made it to the skull frog boss once. I’ll do it some other time.

You’re talking about a place far underground with water everywhere, right? You’ve still got some really cool stuff to see and do.

I dunno if you’ve invested points into faith, but I’m pretty sure the sunlight blade buff miracle is past the ogre that’s near the second bonfire in that place.

@IamShawnald I haven’t put a dime in faith.

Almost everything has been dumped into Strength (I capped it out at 50) and I’m slowly buffing up things like END, VIT, ADP, and Health.

Progress Update: Made it through the Shrine as well as the Undead Crypt. I’ve come to the conclusion that they’re both much harder than the bosses they end with. In fact, I’d say they’re possibly the most annoying zones in the game thus far, bested only by The Hole/Gutter I think.
I got the King’s Ring, but I haven’t fought Vendrick and I haven’t gone down the path to the Throne of Want because I don’t want to end the game before I finish it.
Currently wandering in Forest of Fallen Giants because I know I have to do…something

There are lots of giant souls in the forest that can make the Vendrick fight easier for when you face him.

Funny you should mention that. I actually just finished collecting the giant souls, and I’m on my way to Vendrick as we speak.

Turns out I needed to get the Ash Heart from the Ancient Dragon before I could get the 3 Forest Giant Souls. Then I had to go back to Black Gulch and do some Abyssal cliff jumping to fight the last 2 giants to get the 4th (thank you, oh hole in wall and crossbow).
I then promptly thanked the Ancient Dragon for his charity by repeatedly attempting to kill him. Took me a while to get the spacing right so I could manipulate his pattern.

Edit: Killed the King, went to the shrine of Amana and took his clothes/soul. Will post pics soon.

Hate to double post, but…
I think I’m on the home stretch.
Vendrick is Dead, and I think I’ve rounded up most if not all of the optional bosses leading up to The Throne of Want.
And to top it all off, I look great. 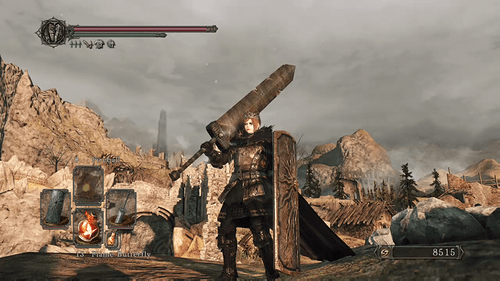 Have you made sure to use a torch and light the braziers so you don’t have to carry a torch? It makes the fight so much easier

Thanks a lot.
I was just checking Youtube for this!! But getting advice from @xSkeletalx is faster, lol