i think Cinder is the weakest character of the game. not like what he was before. He needs some serious buffs. he doesn’t have any strong forward move or any fast medium range normal. All of his moves are slow and weak and he either ends up playing cheaply with his bombs and infernos or he plays too much in the air which needs a lot of skill.as a result of this he is not fun and nobody plays with him. plus 1.) it is difficult to control his trailblazer direction (I play with controller) 2.) he always loses in AI vs AI matches.

1.) different input for his trailblazer, instead of back to forward kick, is should be like any fast second direction input + kick,so that he could again do his forward,forward + kick or up,down + kick or forward,up + kick,this could make him so much faster.trailblazer should also be stronger,it loses almost to any forward move. plus opponent should not be able to grab cinder while trailblazer.

2.) he needs a new mid range fast move, it should be like forward + punch,because all of his normals are short range (except his down + heavy kick, which is not an opener) and slow and almost useless, plus he has very short grab and loses to the most grab battles because of the distance ( i think he only wins hisako but she also has other grab commands).

i think Cinder is the weakest character of the game. not like what he was before

i don’t say that there are not people that can use him, but this is because of the players skill, i say he is the weakest among the characters of the game.

Says a lot about you

I changed the title to reflect the actual thread, but @Yperdaimonios I would recommend you move this to the Cinder character subsection where people with intimate knowledge of the character are likely to hang out. Probably you will get some informed feedback from there.

Cinder is definitely weak in certain areas. He is not one of the “basic” KI characters who follow the “stand toe to toe doing combos” formula. If you play him that way he will always be at a disadvantage.

Umm controlling the direction of trail blazer isn’t hard. You just need to know what button makes the first one go. Then thenother ones,you just move your analog stick/dpad in the direction where you want to go and press kick.

ok how can i delete it? @BigBadAndy

Against a good cinder, I can’t stand his burnout enders…It’s like:

You don’t need to delete it, it’s a perfectly good discussion. I just think it belongs under the Cinder character thread. I figured out how to do this and moved it for you.

delete the one i made for me because i don’t know how.

that is true but what about his openers?

Posting it here as well:

You’ve been beatin’ to the punch my freind but while yes I agree there are a number of things that are not great for Cinder, such as:

The shadow-trailblazer has no and I mean absolutley NO Priority over anything you can get punched out like crazy. Add the fact he can’t change direction and it goes no where near far enough to do alot.

There is a remedy to this however, depending on who you are fighting against. If you’re fighting someone like Glacius you need to use your pyro-bombs if he’s standing back to far.

Against other characters who are more physical in combat, you should be very careful. Don’t just throw out your trailblazer all willie-nilly.

Basically the reason Cinder’s trailblazer is weak is because he can change directions, now the only solution I can make is shadow trailblazer is not great, if you really wanna close in at a further distance you have to make sure you hit them with a fired-up inferno, but that’s waiting 8 seconds between those said states.

I also recommand you use your combustion (down+back punch) into your tactics, and also use your pyro-bombs you don’t have to stick everything in there but ya get what I mean.

Cinder’s not just a simple rushdown like he was in previous games. You have to think a bit more with whom you’re fighting.

I will warn you that this is especially important against characters like Glacius who has very solid defensive abilities.

Anyone here who mains Cinder and is also good with him, PLEASE give your input so we can help our fellow fire-starter get his fire burning!

LOL, man i say he has very weak openers, it needs a lot of effort to get to the burning enders.

so this .make a sabrewulf vs cinder match in cpu vs cpu (kyle) cinder will win (if he does so) one match every twenty. in all the other matches he will be destroyed.

LOL, man i say he has very weak openers, it needs a lot of effort to get to the burning enders.

so this .make a sabrewulf vs cinder match in cpu vs cpu (kyle) cinder will win (if he does so) one match every twenty. in all the other matches he will be destroyed.

I hate to break this to you, but this is not a reliable comparison because the A.I is just going through the motions. Nothing really big or actual thought about the MUs are going into play.

Also OP I wanna also add that you should also try practicing in controlling his trailblazer movements in practice mode. This is so you can get adjusted to using him more.

Basically Cinder is a character where you will have a match up where you won’t be using just one tool to win. A soppose to other characters like Sabrewulf on lower-ranks

i understand he is more tactical. but ( except that i miss his absolute rushdown self) i think is lacking comboness with all of his tools , like you just do hits and bombs ,and eventually lacking some KIness.

A good Cinder player can really land some good sized combos. You can juggle folks in the air if ya want do some recaptures etc. For some folks styling is optional, for Cinder it’s one of the best ways to combo.

If you’re able to get your opponents on fire you can really put the pressure, just be careful on your next combo while they’re fired up because they will try and break the first auto they recognize. However you can play this to your advantage.

If you can get in which is really the hardest part for Cinder you can really lay into your foes. You just ave to be more patient. 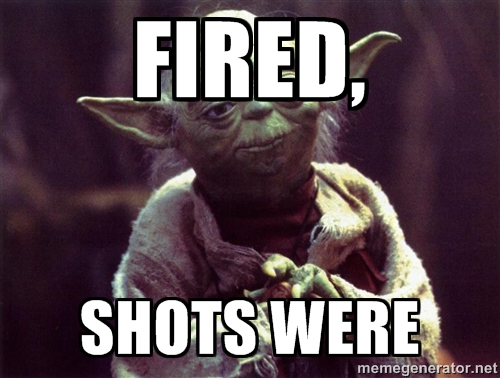 still trailblazer after every second fast direction input + kick would make him so much better and usable. he could have both his tools and rushdown. like every character in this season is overpowered and he is normal. imagine vertical up,vertical down trailblazer, or forward to up + kick ,for an immediate vertical up trailblazer, this could give him so much freedom. also it should be multihit like TJs rush punches.i think he misses that.