I’m almost proud of this one.
I was playing AI vs mode, and I got the Maskless Jago glitch

It looks like this became much more of a problem than before. Orchid partially or FULLY disappears almost every battle.
and now I caught Spinal without shield and sword.

more info: it’s usually on Aganos stage.
sometimes it differs which way the character look. for example - to the right = full model, and to the left = partially invisible.

How long has the XB1 been on for when this occurs?

Both the XB1 and PS4 are subject to memory leaking/bleeding when on too long, and especially when playing a single game for over 6hrs.

I remember from the old forums that the way to reproduce this bug was to select rematch as fast as you can after performing a stage Ultra on Aganos stage. If you did it that way, the accesories dissapeared.

X1 been on for not so long.
and this can happen accidentally during the match.
there’s another example

My Orchid has this problem too. No weapon or lower body sometimes.
I think it was linked to one of the alternative costume slots, but I am no tester.
Reported this already to the devs. 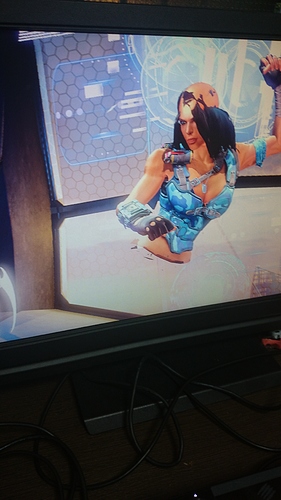