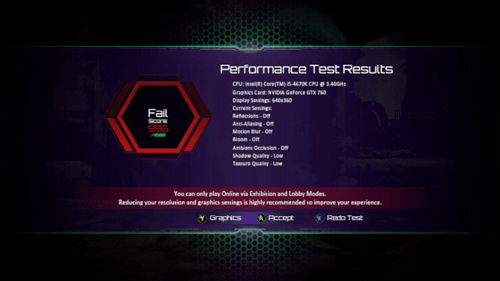 Buy a new one

ahahah funny man look at my spec they aint bad…

Well, you can’t play ranked. You can still play Exhibition and in Lobbies.

i know but wtf does it want for ranked play?? i hit the spec of the game on the info page but online seems to want higher than it states

And can i run this says am good to go aswell

You could try making sure you don’t have any applications running in the background that could be taxing your CPU when you’re performing the test. Also make sure there are not any power saving features at play that are dumming down your CPU/GPU performance.

Not to be difficult, but does “Can I Run It” say you can do it on recommended or minimum. For instance, I can smoothly sail on minimum settings but I don’t clock in for recommended on the machine I use. Then again, I do primarily play on the Xbox so this particular problem doesn’t bother me.

Recommended it wants a 3.4GHz which i have

I am also having problems with the graphics. For some reason you cant turn shadows completely off. As well as some other settings that should be able to be set to disabled… 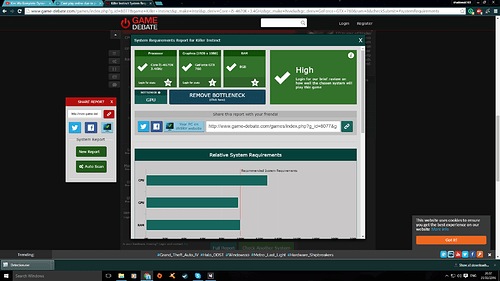 Fair enough. Don’t know what to tell you.

i know i just dont get it : / i could do what DeathBlooms2K8 said and try that out

Honestly I think your specs are good enough. Especially with your settings as low as they are. There’s something else at play here. Background applications, make sure your graphics drivers are up to date. I read in another thread that someone was failing the test and reinstalled the game and miraculously that resolved his issue.

Personally the first thing I’d do in your situation is go out and make sure my video drivers are up to date. If they’re not update them. If the test still fails after that I’d look into my system resource usage and make sure there aren’t any other applications that could be slowing things down.

definitely an issue in your rig, I have an i7 3770k with GTX 660 and can pass the test on high settings, with bloom, AA and motion blur off

And yeah as Rico said. PC troubleshooting101. Have you tried to reboot?

They should just add more graphics options or optimise the game a bit more. Im not saying the PC port is bad, but they need to adjust some of the settings or add more IDK

haha I’ll say it for you. While I love how it performs the menus and options are amateur. No mouse support, can’t rebind space bar. Graphic options are extremely limited. It certainly does not meet the industry standards of what you would expect in an options menu for PC games.

It’s passable and works well enough. But I wouldn’t be surprised to see IG get grilled on the menu system and lack of options by some PC enthusiast reviewers. 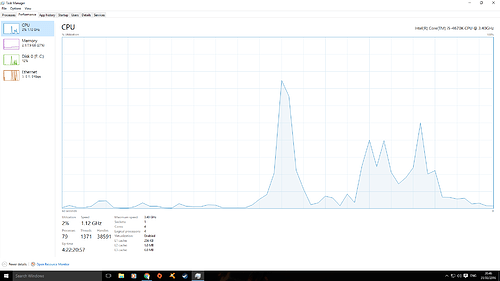