Can we have KI gamer pictures?

I would absolutely love to see KI-themed gamer pictures for Xbox One profiles and avater items for the shop. This is not only a nice gift to KI fans but also promotes the game even more.

I can dig it.
In fact, I’ll dig it right now. Gimme that shovel!

Been asking for this since the old DH forums.

We have an example already with Halo 5(at a minor extend, we can use Arbiter as image lol)

Please make it happen. One per character plus 2-3 KI logos/multiple characters clashing like Fulgore vs Jago or Riptor vs Wulf

This idea is one I can get behind. That and season 2 character Minecraft skins. I have been using Jago in Minecraft for a long time. I really want to switch to Cinder (or Blue Cinder is possible) or Shadow Jago.

Like an xbox feedback site, where we vote on popular issues for the xbox community in general to have great ideas pushed through.

But yes, they do need more diversity in gamerpics, and KI characters would be great. I can get behind this.

These are things that seem small from the outside, and I just don’t understand why there isn’t more of this. Make KI an Xbox franchise. Give us some stuff like this…

Irony is, the feedback site does exist - I believe it’s xbox.uservoice.com. Submit your ideas there.

I know it exists, just being a little bit coy about it as a joke. From time to time I vote on things for the feedback service to work on. If it weren’t for that website, I don’t think many of the Xbox One’s requested features would have made it in.

MS constantly credits that website as being where they received the feedback for Backward compatibility. The #1 requested feature on the site. Now you vote on which titles you want to see make the compatibility list the earliest.

I think new gamerpics are on the list, but the Minecraft skins may be something to be created and worked on.

Character portraits, in-game emblems, each character’s insignia, and of course the KI logo all would make great gamerpics.

Sorry for the confusion - didn’t realise you were joking about it.

Could these also not be in game unlockables? These small things go along way. Even using the hero artwork for your x1 background

There are official Halo avatar pics but nothing else for any other Franchise, not even other first party games. I bet Gears 4 will get avatar pics before KI does.

Why can’t they just make it so that each game can award you avatar pics. Am sure it’s good marketing seeing someones profile picture with an iconic character of you’re choosing.

These things are ridiculously nice looking. Why can’t Box Art Fulgore or Jago be in one of these profile pictures. 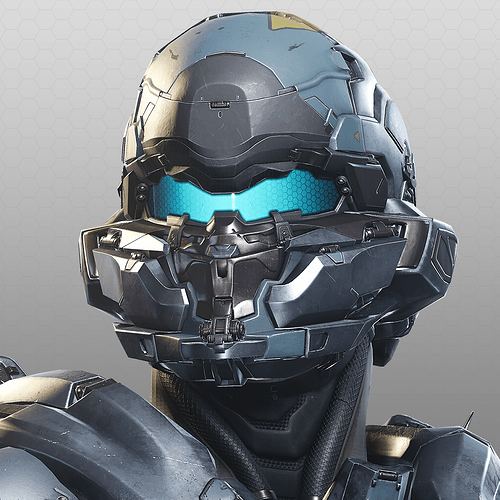 Maybe @TempusChaoti can tell us how plausible is this?

We asked the platform team for this feature a few years ago (around the time we launched Xbox One), but we’ve not asked them recently. I’ll follow up tomorrow when I’m back in the office.

We asked the platform team for this feature a few years ago (around the time we launched Xbox One), but we’ve not asked them recently. I’ll follow up tomorrow when I’m back in the office.

The two games I currently make the majority of my clips from are Killer Instinct and the remastered Gears Of War. Currently, neither of these two have a single theme in Upload Studio, meaning that I’m not able to really specialize each video to match the game it is about. There are a bunch of other games which are prominent on the console, yet do not have any themed content in Upload.

I think anyone who uses Upload Studio would agree with me that adding more game-specific themes to the app would go a long way towards improving both the enjoyment of creating videos with it, and the variety/quality of clips produced with it. Imagine making a montage of your favorite moments from KI and selecting a theme based on your favorite character, or even just a generic theme with the Killer Instinct logo on it! Wouldn’t that make your KI clips better?

Without derailing the thread completely, would you mind adding KI Upload Studio content to the list you’re going to contact them about, if you think it’s something both the game and system could benefit from?

Without derailing the thread completely, would you mind adding KI Upload Studio content to the list you’re going to contact them about, if you think it’s something both the game and system could benefit from?

Good call, I like it.
They could take the example from KIWC graphic of Spinal running across the bottom of the screen when it displayed the names of those on the panel.

They could expand it by making a graphic like that for all the characters, just silhouette each characters dash (or equivalent) move for the animation before displaying the GT and video title.

@xSkeletalx Upload studio is a completely different team, but I’ll look into that as well.