Can somebody make a GIF of Rubelo extending his hand when Blake loses his shit after their set?

That was freaking hilarious! Lol

Who was the guy who couldn’t handle Kan Ra adjustments? That was funny

It was just for show. He later said he’ll still be maining Kan-Ra (or at least splitting his time evenly between his three characters).

when i saw that with rebelo and blake, i thought that the amount of sodium in the atmosphere was at critical levels. poor guy

Rebelo is awesome…his TJ play is just amazing. I was really hoping he would take it all the way. He actually had Rico beat but made a bad decision and it cost him. Im surprised Omen was the character to beat him to be honest.

I dont recall Rebelo being rude to him…It thought he was being nice to Blake…did I miss something?

yeah I know that… i thought you were saying maybe Rebelo made a rude gesture or something. I got ya now… yeah poor Blake…we really wanted him to go far.

Blake exploded? I missed it. When was this during the KIWC?

It was during Top 8, I believe, or just before that.

I could make gif! But I need link for video.

Actually after every match he lost he sunk his head in disbelief and depression. He takes em hard man. Just watch all his matches and you will see it in his face.

It let’s you know he is passionate, but he can’t let that get to him. It starts messing up gameplay. I can relate. I love to win and if I lose a lot, I get sad, but I smile about the Battles I just had, and practice and improve myself, and try next time.

It’s hard, because it’s on the Official stream. No one on the web has isolated it.

There past broadcasts in Max’s KI World Cup videos. 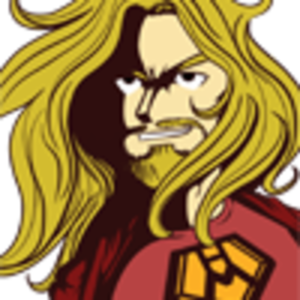 Watch the latest videos by Maximilian_DOOD on Twitch!

Try looking at the one that is before Top 8, because I believe Blake didn’t make it to Top 8, so the one after the Season 3 changes and Kim Wu.

I can’t find them… Can you search for me? If you find video and then I’ll make gif! I promise!

Thank you for video!
I’ll make gif for new hours because I have busy with my family. : (