Being hated on ridiculous stuff, salty

What things have you done to your opponent that make them rage and make ridiculous excuses about your fight style?

Some folks can get annoyed but by the sound of it you were doing stuff that could easily be circumvented.

You wanna know something funny was there was a guy who kept jumping in a Jago Mirror match and the person playing kept pressing crouch heavy punch. Never occured to the kid playing that he should stop jumping into that.

This. I was Kan-Ra and in a lobby. The guy just kept jumping and down back hp for life. He called me a spammer while his friend says I am just playing patiently while he messes up. XD When you combine ignorance with a huge ego,the result is salt XD

[quote=“Dranyamarel143, post:1, topic:13388”]I was using Kan-Ra and I was putting out a lot of his sand traps. My opponent got pissed because he said that’s fighting dirty
[/quote]

You too? Similar experiances XD

It has happened to me before when I was playing Kan Ra but especially if they are not nice people if they have no way to defend against it I will do the same thing over and over and over again.

And I was loving it!

I love trapping my opponent in the corner with Glacius. They’d get so mad they start taunting and teabagging later.

I’ve had a few people complain to me that Aganos was OP (including one of the C88 guys) because his chunks allow him to make mistakes and not get punished.

I was also called a tryhard for laying waste to someone with Tusk. That person said “everyone knows Tusk is broken” haha.

“everyone knows Tusk is broken” 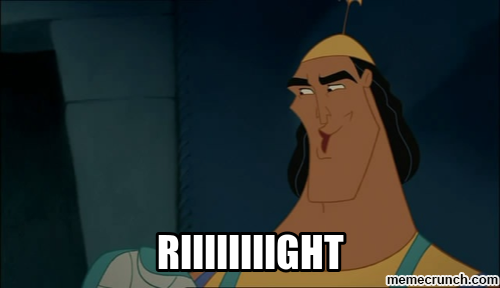 C88 guys, I am actually amazed that I can beat them sometimes. Haven’t seen them in a while though.

I like the KI community but there are times…

Send more advice see them again and they refuse to learn

The definition of insanity is doing the same thing over and over again and expecting different results, or so they say (I think Destiny and Diablo might’ve made folks forget that lol)
For example: I’m playing Tusk and you try to jump in on me. I crouching HP and swat you out of the sky like a bug. 3 hits and 60% damage later, you’d think they’d have stopped jumping…

Or I was playing Kim Wu, and I found out I could just back away, wait for the inevitable jump, and then Dragon Kick them and repeat. The last time I used that strategy it took a surprising amount of time for it to click with the opponent.

I think a lot of players of any fame are creatures of habit. They find a strategy that they can do easily, and then they stick with it indefinitely. Then when their opponent counters that strategy, they can’t adapt and simply deem the tactic that foils their own as “unfair”.

I’ve seen/heard it in every multiplayer game I’ve ever owned, and I can’t say I’m not guilty of the exact same thing. But if you truly want to get better at a game, you need to learn from your mistakes and try not to repeat them.

…this post got much longer than I expected it too.

The irony is that I play Aganos, and I DON’T hear a lot of things like that. Most of the time, I hear things, like the following:

“…You’re one of my first real Aganos players. I appreciate your willingness to put up with me thus far and all the feedback you’re offering… Now I know a bit more of what to look for against Aganos.”

That there is a genuine quote from MisterBlueSkies, just yesterday, whose Thunder was not that bad. It took him 30+ matches to finally beat me, and this is the response I get!?

Can relate. One time when I was in a lobby, a Shago got on the mic and started talking ■■■■, and when I continued to be the king, he said I was garbage and that I was cheesing him by keeping him in the corner with Hisako…

WHEN HE WAS SHADOW JAGO.

I once fought a guy who’s only tactics where either jump in or full screen slide. Started just blocking to punish the slides and anti airing his jump ins. Basically perfected him aside from chip damage and he sent me a message saying i was too scared to fight him and that blocking is for scrubs that don’t know how to fight properly. My mind was blown.

I may be a bad person. Just throwing that out there.

When season 3 was announced and about three or four months out, we started getting information on the patch changes with the season 3 drop. I realized most of the characters I mained were getting big changes… and Shago wasn’t. Now, I was interested in Shago already. So I began playing just him as it was something I could continue working on without having to make too many adjustments when season 3 dropped. After practicing him a bit, my game plan turned to testing how good my opponents were. I would start the match doing instant air projectiles to do so. If they got past my furious balls, I took them seriously and fought the mix-up/rushdown game. If they couldn’t, I kept throwing balls in their face.

Got a loooooot of angry messages from the people who couldn’t handle my magnificent… massive… orbs.

I got a nasty PM recently after the guy spent much of the match under Hail containment. He called me a “trash [donkey] [gay person]” who hides behind spam.

I really considered uploading a screenshot of the PM, but it has the guy’s gamer tag on it. Everyone deserves redemption after a bad day

Never recivedf that, but if only they knew the stuff you did can be avoided.