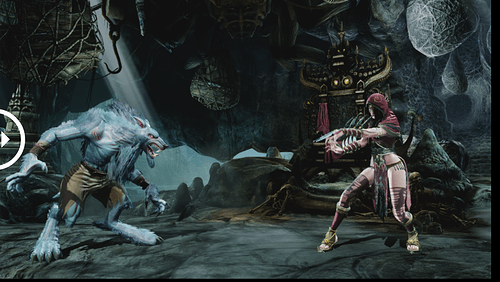 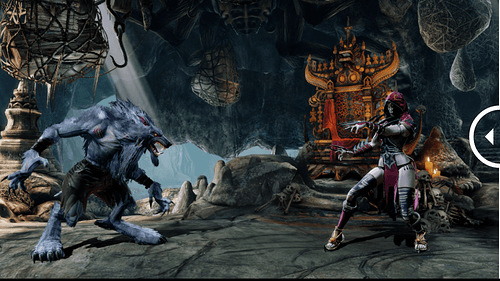 These are such a vast improvement look at the dynamic lighting!

BUT the big question comes… at what cost? We did ask for KI to be tied up and its what came TOP of my Season 3 wish list poll. This all takes time and lighting is a HUGE part of that 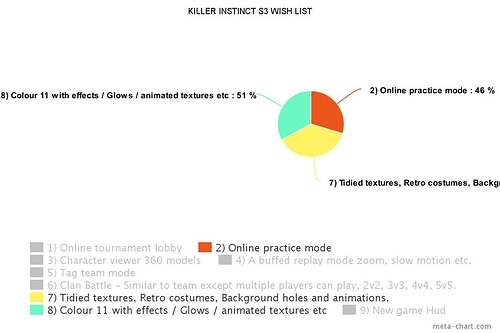 So the news comes that there are only 3 new stages and no ultimate’s. The latter I was expecting but 3 stages I wasn’t.

My problem with only 3 stages being in Killer Instinct Season 3 is that whatever characters come next will have far less personality, that’s assuming they are new characters added to the Ki Lore?

Character backgrounds give a massive amounts of player expression, it sets their mood and makes them make sense within the Ki universe.

That being said there are only 3 killer instinct characters left. Kim wu, Gargos and tusk. We all know Eyedoll has been shelved due to him being near impossible to re-design.

That would mean to me that season 3 has a number of guest characters that might not require a stage.

For example would we really want a Rash background? I for one wouldn’t know what to create for Rash to keep him sitting nicely into the KI feeling? Plus hes a guest right? Why would we fight on his turf?

With that is mind Arbiter’s trailer tease really confused me… Thel seems to be on Sanghelious and seems to have his own background… unlike rash did. 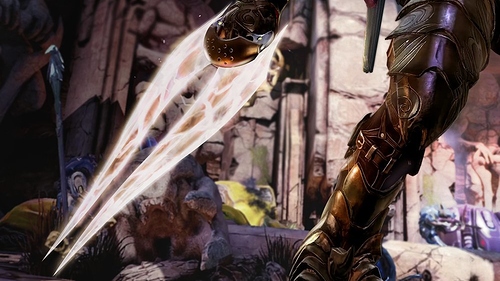 HOWEVER Adam said perviously that guest characters will not be involved in the lore or story of KI. That pretty much removes the need for a background stage? We also know from devs that back grounds is the second most time and money consuming part of making Killer Instinct so could this make sense?

For now it’s all guessing we can only speculate but my guess is that we will get way more guests than we think.

For me following Street Fighter doesn’t make any sense though in terms of content. Character stages and music ARE luxuries but they build so much hype and they build the connection we have to our mains or to those characters who we have loved for decades. SF2 back grounds were so iconic just like Kis are now. They helped to build the hype and connection to some of Capcoms most strongest characters. 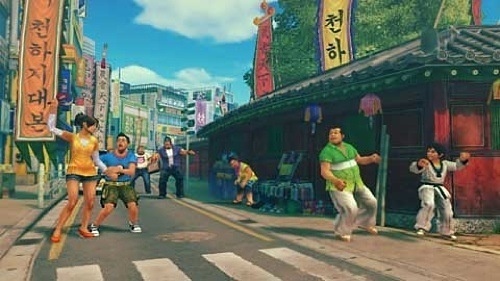 No love for these at all. All have the SF4 stages have the personality and character build of a wet fish! lol. they Add no nothing!

Sf5’s: a few backgrounds fit all to me is one of the reasons I wasn’t compelled to buy a PS4 for the new game. With little to no story? Weak back grounds and missable themes the new guys just didn’t stand out for me.

Yes I know this is the only area KI excelled in. Character theme and dynamic music coupled with personal tailor made stages. Not many other fighters have done that recently and hats off to KI for putting so much time and music into it.

Sometimes it might seem this content goes un noticed by press but its what hooks us for life. Its the small fan fictions and details that made the halo universe so strong and evolving.

I understand IG and MS are working hard to clean up KIs rough edges and I know whatever they are doing will make sense when we have all information but this kind of news is* disappointing* to me.

Yes game play is important while you play the game but the style, music and mood thats created to support it is what captures us for life, and generates the level of fan art that has made Street Fighter so strong over the years. 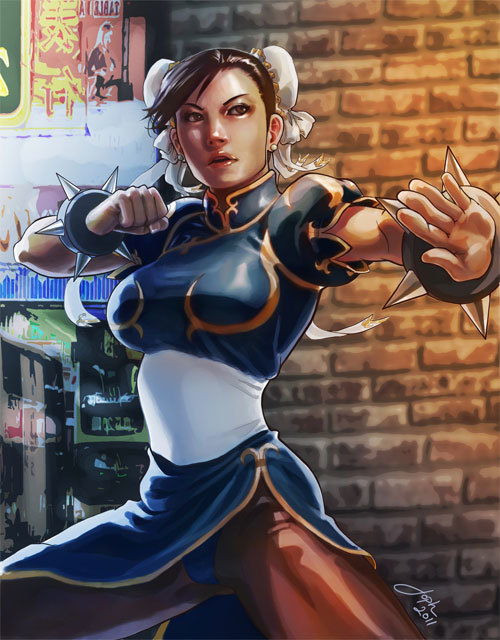 Its also kinda why the hardcore demanded a sky top stage for the last 18 years? lol YES we are boring but we are inspired. Its things like this that has kept us waiting and wanting Killer Instinct and its these things what have kept us life long fans. 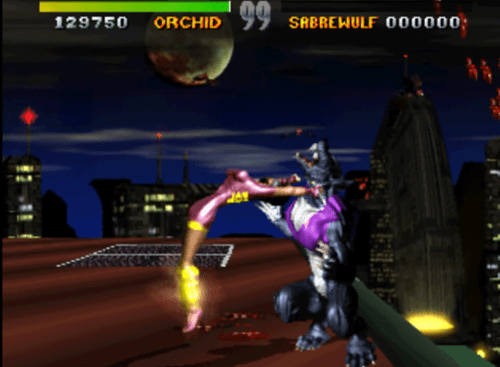 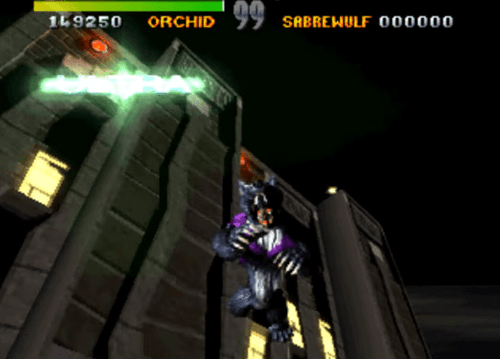 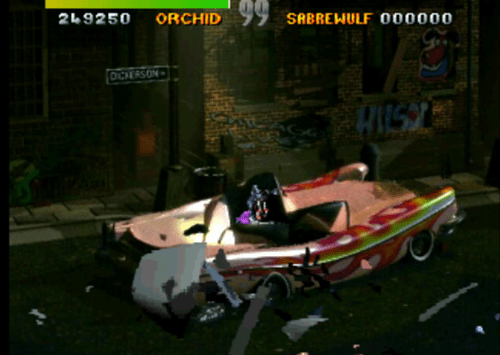 I’m sure the developers understand the model we have invested in previously and yes of course we are set in our ways in terms expectations on content and the way it’s delivered.

My guess is season 3 isn’t going to be what we are expecting. With this bomb dropped and the hint of less characters this season I’m betting there’s going to be “lots of new ways to play KI” as said by Adam id put my money on some of this dev time being spent on modes.

We have to remember MS and IG cant spill the beans yet! So all we hear is NO and SORRY but we have no clue what other amazing thing are ready to show!

EDIT: MAYBE invaded OLD stages could be a thing?

Couldn’t read this whole post too long maybe read 1/3 of it. I am okay with only 3 stages. I am oksy with it because of the fact every single character from S1/S2 has some form of new moves or redesign that changes how we play them. All new stage lighting really looks beautiful and makes the hames textures and overall look seem 100x better to me and on top of that the new characters we are getting. I think IG already put tons of brilliant work into this so I can deal with it.

To be honest, I don’t think every stage we have so far does something in terms of characterization. Jago’s stage is just a temple in the mountains, Fulgore’s is just a factory, Aria’s is just a top-floor office, Kim’s is just a Chinatown alley.
Don’t get me wrong. I like them all and it’s cool that most of them have their own stage but I wouldn’t say it is a must.

I’d say the music are more important HOWEVER KI’s music veries greatly and they’re so strongly thematic. One can’t simply throw a KI song on any ole stage. So idk

Regarding guest characters and their stages, their is a precedent in Mortal Kombat - Kratos had his own stage, but Freddy Krueger didn’t get 1, so with that in mind, it wouldn’t surprise me at all if the Arbiter, being a platform-primary character (since he’s a part of Halo, the flagship Xbox franchise), simllar to how Kratos was for the Playstation brand, I think it’s entirely possible that Rash, like Freddy Krueger simply will not get that special treatment. As much as I hate the idea, it does seem to make sense.

Freddy was DLC tho.

…and every character in KI isn’t?

Theme’s and backgrounds to me are massively important to me.

It’s why we are still asking for a sky level. That kinda hook should not go unnoticed. It’s the same hook that kept us remembering KI way after the old combo system got dated.

For me the stages combined with the music is when they really sing. After all would hisako music make AS MUCH impact on aganos level? Nope.

Of course we don’t know who’s in season 3… but just because we have lots of stages doesn’t mean we should just stop? It’s our strength right? It’s another reason why some of us have been saying it’s much better than other games becuase it does the themes and stages in the old fashioned way we all loved.

Of course this is all extra and are all luxuries out side of game play BUT it does help characterisation.

Id never say the gameplay is good enough and we have enough difference in the way KI plays so lets not bother adding more? instead let’s make more levels with the time it takes to balance an already balance cast?

So the show can fall on either foot.

I’m not saying I’d prefer one or the other but both to me are important.

I’d like to have new stages as much as the next guy. But since this is a low budget game, compromises have to be made. The value and variety 5 more stages would add is simply out of proportion with the costs when we consider that a) stages are the most expensive things to develop and b) we already have 20 awesome looking ones to choose from.
So am I sad about that? Yes absolutely.
Am I mad at the dev team? Not at all. For them it was probably a tough decision as well and I’m positive they will deliver other awesome content instead.

yes the stages are really important.the stages make the game’s quality.stages take away the solid feeling of ''i am playing with my toys" and make it “i am in a different enviroment”. it is a different experience. a character without a stage is losing his myth.

Answering the topic’s question: Yes, they are.
Everyone keeps comparing KI with SF and MK but the care given to the Character+Stage+Song pack until now made KI shine among the others. I don’t really care if SF or MK have 5 or 100 stages. I don’t care for those games. I care for KI and for the experience it has built until now.

until now made KI shine among the others. I don’t really care if SF or MK have 5 or 100 stages. I don’t care for those games. I care for KI and for the experience it has built until now.

i agree! totally this is something KI did MUCH better… now its just the same as everything else?

lets see though how this works out. Maybe IG will shock us with something else we cant live without.

From Ruks reply on the news thread his comments about how many characters being in KI seemed to be a sore point.

im guessing less than season 2. its just a hunch mooonlight.

But you can’t really use the “low budget” card because BOTH Season 1 and Season 2 were able to do it…on this same “low budget”.

Of course I can because we don’t even know what kind of features Season 3 has that the first two didn’t have. Plus, no one knows if Season 3 even had the same budget as the other two.