Anyone not a fan of his new look?

I get the wanting to go with a demon over a gargoyle as a new look but to me he doesn’t look scary or powerful. He seems like one of those demons who sounds all fancy and thinks he’s smarter than everyone. I kindve get a Loki vibe off him more of a trickster then a all powerful brute. I hate to complain but I think he is face is just a terrible design.

I was a little underwhelmed with his redesign but his retro will bring back his gargoyle look so It doesn’t bother me too much.

I personally like the new Krampus Gargos but I do kind of feel like he is missing something? I can’t quite put my finger on what that thing is though lol

Coming from KI2, his face looks rather goofy, in my humble opinion, especially for this era of games, and the name Gargos certainly reeks of some type of gargoyle.

I mean, retro costume or not, the evil known as Gargos manifests itself as a Gargoyle, right? Hence the nickname.

Let’s wait and see how he turns out.

Make him really overpowered, and make players need to input a code to use him. He’s a boss.

Make him unplayable in ranked. That old unplayable last boss style. Make it difficult to beat the game.

A million other regular characters and guest characters can be thought up. So keep the boss real.

they didnt use a demonic appearance; that looks more like a gargoyle IMHO.

I’m not a fan of it but whatever… glad he’s coming. Now need Eyedol

Agreed, we need Eyedol too.

There isn’t much difference between a demon and a gargoyle really. The just need to get the faces right.

I think gargoyles are demons too lolz.

I was hoping for something “Disney’s Gargoyles” out of that.

I’m a fan of everything but his face.

I think he’s fine guys. I like his face and upper body structure. 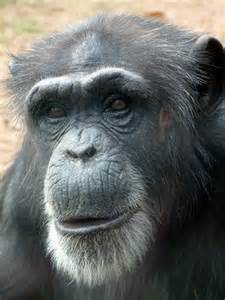 Except for the monkey mouth he’s awesome!

Pretty much the face is “off” but otherwise I like him. Plus there is always retro.

Seriously I don’t get it lol

I wasn’t really expecting anything or even knew what to expect. His original look was bland as hell, his new look is alright. I’m more interested in how he plays.

I don’t understand the monkey face complaint. He looked more like a monkey in the past with those big stupid lips.

Not really, he’s clearly got an ape mouth in this game.

Kim-Wu, Tusk, T.J. Combo (Has T.J. Combo aged into Patrick Ewing while the rest of the cast hasn’t?)

Anyway, It has to be a problem with the graphic engine itself. Too much coincidence, that faces just don’t look right in this game.

Thank god my Jago’s face is hidden. Thouhg if you really look, you can tell that he’s been homeless for a long long time.

As for hoping for the retro costumes to look good, I wouldn’t get my hopes up.

Look at retro Sabrewulf… I don’t remember his story ending with him becoming a ‘mangy flea-bitten varmint’.

No matter how many times and angles I look at Jago’s Retro Costume from, I just cannot see how they let this spandex dress slide.

On the bright side, maybe I.G.does better retro costumes than D.H. !

Try to bring what Rare did, to this timeline.

We’ve tried, had our chances, and us mortals clearly can’t do any better.

Unfortunately the face is a major design choice that probably won’t (can’t?) change. It’s love it or hate it many times with costumes, character textures, etc… they just don’t go back and “fix” things (example: retro costumes).