Anyone else really looking forward to some new info?

I know season 3 hasn’t been out very Long, and I don’t want people to think That I’m not already happy with what we have; but I’m really looking forward to some new info drops. Season 3 has been great so far, and the new characters are a blast… (I do think season 3 could use a LITTLE polish)… but that’s besides the point. I’m just so hyped about season 3 in general, I can’t wait to hear what they have in store for us next!!!

Ugh you’re not the only one. lol

When do y’all think the Mira trailer is gonna drop ???

Really looking forward to something new. Until then I’ll just keep playing Gears of War on the side…

i just need kim in shadow lab. yes, that’s a need, not a want.

Haha that’s funny . I just got gears ultimate a few days ago ! And yeah I went to shadow lab the other day , and was all excited to make a tusk shadow and then BAM ! I remembered they aren’t quite there yet . Lol

I try to be patient with this sort of thing, but knowing that Mira is scheduled to drop this month with Gargos the next, I’m more than a bit excited. Antsy, even.
Inb4 “Stay Tuned” LOL

I’m only interested in gargos, don’t really care too much for Mira but yeah any information on something new for KI I’ll gladly take in a heartbeat.

I am hyped for some new info. I’m online everyday hoping to find some new info. can we at least get Mira trailer already urrrggghhhh. I was so hyped for season 3 i watched the launch trailer that whole week it came out even after i had already bought the game. Hyped af. Maybe they can squeeze in a new character backstory. I got it bad yo. My nephews spent the week here and they are hyped as well they watch me play and when the match is over the say “Supreme Victory” i let them play even tho their not old enough, but i remember when my older brother first brought the original home neither was I. my younger brother and I we played all weekend. Sometimes our mom would hide the power adapter for the console and we would find it after she went out and play it for hours we were just lucky she never checked how hot it was when she got back home. The older of the two even mimics Thunders victory quote( i play mostly with Thunder.) I let the younger watch videos on youtube on my tablet the other day and he watched video after video he especially likes Rash and the older one like T.J Combo. My hype has rubbed off. I didnt intend to type so much blame it on the hype. 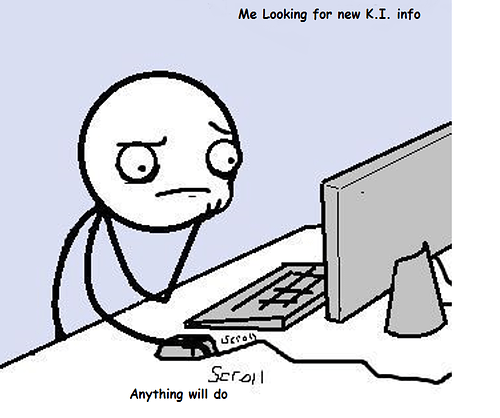 Haha . Yesss . Same here, I’m compulsively checking this site on my phone about every 30 minutes.

I don’t expect to hear or see anything before the 25th, but am always excited for news! My Kim Wu is almost at Lvl 50 and (from what I can tell), I’d like to move on to Mira next.

we’ll probably be getting new info on Mira soon. if not later this week, then next week. April is gonna start running out of road pretty soon and we’re supposed to get her added to the roster this month

Hey if you have the supreme or ultra edition won’t you be able to play as Mira early?

I’m not sure about supreme, although I don’t see why not, but for ultra I know for sure you get the character like a week or two early.

I’m just making some predictions. Ultra edition (and supreme) owners will be having Mira the 21. Combo breakers, the 29. If I am right, i will eat a cookie.

Looking forward to the rest of S3 cast release. Maybe I’ll have another main to add with my Arby.