Anyone else reached Killer Rank this week? Unfortunately for me I had to go up against a bunch of trolly Rash’s within the last few points but it turned out well for me in the end.

congrats!! you guys who became Killer so fast really deserve it.

If I get the time, maybe tomorrow. Just finished bronze and made it through Silver into Gold today. I have to say though, with best of 3 in Gold, it may take longer than I’m thinking. Looking forward to the challenge though.

Awe, man. I ran into a top 32 player who used wrecking ball, to light kick, then rinsed and repeated for two rounds. After so many shadow counters and loads of patience, I was so happy to kick his rear in.

I did, now to reach top 32! Although, it’s taking forever since I keep getting paired with golds meaning I play a 2 out of 3 for like 20 points.

Quite a few of us have made it back in this week.

I did! Gold was easier than silver, oddly xD

Made it in Tuesday I think? Actually didn’t take too long at all, which I was pretty happy about. Honestly don’t think I’ve ever played that seriously in Ranked before…no mercy for anyone 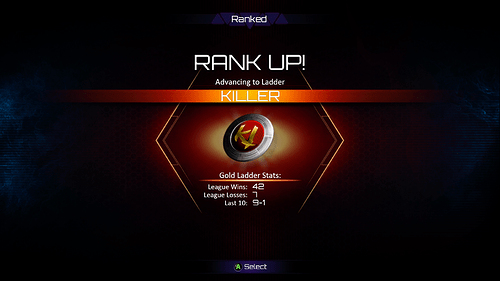 It was a tough journey and a lot of soda cans were lost a lot of snacks were eaten but after the long road I came out victorious! I am back to my rightful place,

As KILLER! Congrats to all who made it as well!

And my thanks to those who’s losses contributed to my success @MrxFlutterShy @SithLordEDP @BigBadAndy @GalacticGeek and all the others, we made it!

Just give it time…

And my thanks to those who’s losses contributed to my success @MrxFlutterShy @SithLordEDP @BigBadAndy @GalacticGeek and all the others, we made it!

What do you mean “we” made it? I’m still stuck in gold tier while you’re now a killer (congrats, BTW), and as I recall, I beat you 2-0, and then you beat me 2-1. Doesn’t that mean I should have more points, since you lost 3x and I only lost 2x? Bugger this system, mate.

I made it to killer last Thursday I think, feels good to be home.

I just got to Killer.

The grind was real this weekend. Lost one qualifier match so it took an hour longer. Second qualifier match was against a Qualifier and i almost lost, ■■■■ got real, but i did it.

Congrats to anyone else who did it and good luck to all that are still grinding.

Done with KI for this weekend.
http://imgur.com/DoW6Ggo
(Sorry for the german language in the picture, but you still can’t choose language and country independent from each other in the XBOX settings. So annoying)

Nice sunday to everyone! 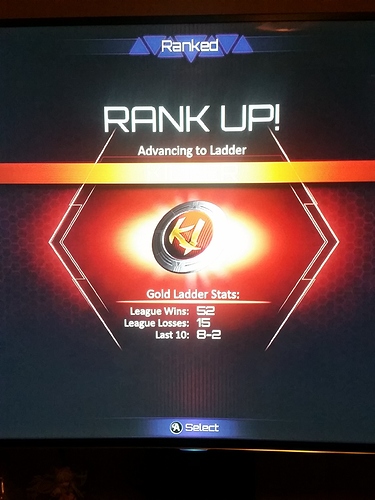 I made it to Killer either Wednesday or Thursday. Nice to be back home.

Thanks and you’ll get there.

I figured out my Tusk is poo so I stopped using him in ranked but you gain more than you lose so let’s say that first match I lost maybe 25 points or less and the runback I won 30 or more points.

Not a lot but still something if you can keep a 1:1+ ratio in ranked you’ll evenually get to Killer.

Well if we’re referencing drake songs this one goes out to everyone that had to make the climb from bronze:

Don’t fret Geek, I’m still seeing 1 or 2 Star opponents who are still in Gold. You’ll get back to Killer. :3