Any Ideas for Cinders ultimate?

How about cinder using a strong stance and with both hands raising an inferno of fire(of course) lol! , and out of that making a huge inferno dwarfing cinder but still visible and causing a massive ordance barrage like this scene from reign of fire from 3:36 to 3.47 ,just awsome always gave me goose bumps taking down the alpha dragon in the movie heres the link ,remember 3 min 36 sec to 3 min 47 sec https://youtu.be/5_Us5h2AHw0?t=198 add the whole slow mo effect for a brutal and awsome cinematic effect knocking them on their butt!!! Ka boom

Well, he’s not receiving one at the moment, but if he did, I imagine it would probably have something to with his Fireflash and Inferno specials. Basically, Cinder will do a powerful Fireflash to knock them airborne, maybe with the flame pillar followup, and then use his Inferno stay spray to Ignite them. Either that or he’ll probably do an M.Bison style Super Psycho Crusher with his trailblazer ability. He’ll also probably either make a snarky comment or taunt them during the Ultimate animation as well.

He should run the people over in his fire truck.

Fun idea: Cinder makes a huge pyrobomb, then concentrates it down to about the size of a soccer ball. He juggles it a bit, before kicking it at his opponent using his Ultra Ender. The concentrated weight if the balm sends the opponent flying into the black. Cinder turns away from them, snaps his fingers and makes finger guns st the camera as the opponent is engulfed in an atomic explosion

i love the idea except for creating the pyrobomb,too similar to jago’s but the rest is killer ,yeah! maybe with my raising the huge wall of fire idea 1st, but the taunting and finger guns is fun,remember his fatality from the original KI he kinda raised a puddle but it would be too weak now …strong stance and then like spreading wing animation then the arms lower to raise a huge fire or enough to maybe see his face straight on once raised and then the huge explosion spreading outward with a little blue fire /incendiary effects but the slow mo and outward blast like the video i posted https://youtu.be/5_Us5h2AHw0?t=198 then the laughing and finger guns ,taunt or whatever. i still miss when cinder first came out and the blast radius of the fisson bomb move was bigger where you could perform 2 cancel kicks

He lights a cigar and flicks the match at his opponent, and just before it hits, the camera focuses back on Cinder who’s laughing and pointing at you.

lol i dont think cinder could have lungs,im telling you if they could pull it off it would be the best in game ultimate with that huge slow mo blast ,will see, they could go so many different ways

I’d like to see a nod to one of Rikuo’s supers from Darkstalkers, only instead of water, Cinder calls forth a massive wave of lava and it towers above his head behind him. He looks at the opponent and shrugs, before the wave crashes down on both Cinder and the opponent, slamming the opponent backwards and pulling them under. Once the wave has passed, there’s nothing left behind. Cinder looks at the camera, grabs it with one hand, runs his hand over his head, then laughs, before dropping the camera on the ground. The camera then shows his lower legs as he begins to take flight.

DUDE !!! AWSOME but have him call the wave w/ strong stance and then like spreading wing animation then the arms lower to raise a huge fire or wave.but very nice dude!

but have him call the wave w/ strong stance and then like spreading wing animation then the arms lower to raise a huge fire or wave.

Even better! I love that. He can do the funny stuff afterwards. I like this method of calling the wave. I think that’d be great. 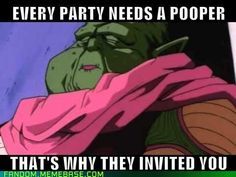 Imagine this but with multiple pyrobombs and a detonation at the end.

Cinder creates a pool of lava behind the opponent with his Inferno stance, then chucks multiple Cheesy Poofs on the opponent. He launches the Poofs and with a cocky/arrogant pose, uses the Recapture to dunk them into the lava.

Pyro bomb, throw it up into the air with a flash kick, jump up and dribble it with an air recapture, and then end with his ultra cancel kick which sends it to splatter on the opponent’s head. While the opponent is doing some “I can’t breathe, get this stuff off of me” flailing, Cinder turns away from them and ignites it.
Of course, most of the coolness of this one will come from the proper camera angles, but definitely neat, and it uses existing assets, so easy to make (I assume).

if that was intended for me i was messed up for a long time and have gone through alot, and this game has meant alot to me and when i was messed up i got really angry,yelling and acted like a troll and a azz so i apologize but IG not only has a heart but they do listen and try to please everyone. “when you feel like your being pulled in a thousand different directions how can you know reality from delusion”? Only toon i really dont like was General Raam,lol!
his triple stomp is brutally slow to watch,lol,just like my road to recovery and for those who know my story ,its been a tough road for me,so for those who have empathy and who did listen,thats the power of empathy and in hence fourth " LOVE" lol,i still cant afford to think about it to deeply because it will drive me mad all over again. GodSpeed ZaX

It wasn’t meant for you, so no need to apologize. Didn’t mean to bring up any bad memories, I had just finished watching a DBZ abridged episode and felt that meme was relevant to use at the time.