A vampire for season 3

Sabrewulf hasn’t had much story in season 2, but if they added a vampire for KI, that’ll give Sabrewulf purpose.

Though having a vampire & lycan doesn’t mean a lot of rivalry like Glacius & Cinder. More like Sabrewulf will have distrust with the vampire due to his lycan nature.

I would see the vampire as a good guy. Well… a dhampir.

An UnderWorld -esque backstory between the two?

If there is a vampire in Season 3 then I hope it is like in the Priest movie. 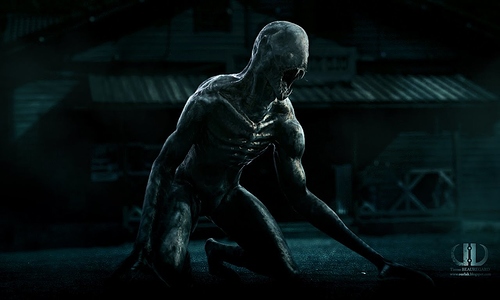 Maybe go with a Reaper style Vampire (Ala Blade II). Fits the movie monster mold, and would make it pretty different from most other vampire fighting game characters.

All split jaw, fangy, and drooly, and scary…

Would put a picture, but I’m a rook on the forum. Baaawww…

< Disappears into the conveniently placed bushes >

I could totally go for a vampire in KI, but yea not the human type. A creepy creature type vampire would be much better.

I’d hope it was a classic Victorian vampire, not some weird sexy mess. I want a floaty Dracula vampire, regal and epic looking. Maybe during instinct he could go feral and turn into a beastly Nosferatu looking bat creature but no sexy human cliche vampire fodder.

Frankenstein is the last piece of the monster mash puzzle. I wonder if they would consider the sceintist Frankenstein instead of the actual beast.

Anyways, they could do the vampire like in SnkVCapcom Chaos where when he took damdge the vampire would revert to its monster form. Or have it so his instinct turns him.

What about the creature from the black lagoon? Fish men are not represented!

When I look at this thing, it doesn’t look like a vampire. I looks more like a demon or a nightmare creature. If this is more what you’re looking for, then I would suggest that. I want to look at it and say, 'that’s a cool ■■■ vampire".

I prefer the human looking vampires myself. The more monstrous you make it, the more vampire it is not. There could be a nice balance between the two to please everyone though. I like my vampires to look gracious(handsome/beautiful). That is closer to the original folklore.

I prefer the human looking vampires myself. The more monstrous you make it, the more vampire it is not. There could be a nice balance between the two to please everyone though.

Yea I can agree with that. Something midway would be good. Maybe just turns monstrous during instinct or something. And I suppose it might overlap too much with gargos design. So really human for the most part is probably the way to go.

I want a stylish male vampire who isnt afraid of sunlight and disguises as a normal person in the day. He should have a life drain ender where he gains a little of his opponents life. He should also have a life draining command grab. It would also be cool if this was the sibling character.

I know this will probably be an unpopular idea…but how about a Vampire Grappler?

Think about it, a Vampire’s main trait is to suck blood. Best way to do that in this game is with a command grab. And you can have it so that after every successful throw, the opponent’s health trickles down slowly. And in Instinct Mode, he/she could have their command throws modified so that it heals them as well.

I think the Vampire will come after Kim Wu. It would walk the same path as Season 2 having an original character after 2 returning characters (depending what way you look at Rash)

I prefer the human looking vampires myself. The more monstrous you make it, the more vampire it is not. There could be a nice balance between the two to please everyone though. I like my vampires to look gracious(handsome/beautiful). That is closer to the original folklore.

I think a vampire could fit the cast very well, but how about an hemomancer?
It’s basically a mage who can control blood. I imagined someone like Glacius who can attack from a long distance, using his hands he can suck blood from the target, he could also manipulate blood the way he wants.