Generally fair changes from what I see. Some buffs to boost character strengths without pushing them into “OH GOD” territory, some normalization of certain elements to make them behave normally, and a bunch of bug fixes.
Top it all off with the release of Gargos and we’ve got ourselves a damn fine patch. Thanks, guys!

Oooh. Those Kim buffs look nice. Maybe that faster walk speed will help that Hisako match I struggle with… Lol

Thanks for coming through, despite your current state of travel.

I toured extensively in bands, so I know how much of a pain in the arse it can be.

Helped that I was in a room with the powers that be right when I saw your thread!

I see that the little things that I pointed out for some time were not even considered. I think the appearance of KI should not overshadow. I’m a little disappointed with this. Hmmmm that kim counter buff. The 20 dmg thing kinda concerns me a bit. But…I suppose it’s for the best.

@rukizzel off topic but I made a few questions concerning some ARIA stuff. But some of it I’m unsure if it’s a glitch or not. I tagged Keits but I don’t think he’ll get a chance to read it. But I don’t want to put it into the bug thread because of what I said already. I just would like some questions answered about them so I can plan around them if need be.

You say that now.

Thanks for the clarification, but I still think it needs to be reworded. It should say 20 POINTS of damage. Damage is an overall umbrella term and could easily confuse people (as it obviously has) into thinking they meant 20% of damage. Maybe they could even do both, simply by saying 20 points (6%) of damage.

That being said, I like the changes to Kim Wu’s dragon shots with firecracker, as well as the bug fixes to Aganos (those drove me crazy!), and am happy to finally see that I can actually do something about Orchid’s air throw.

i thoguht kim wu was op our was that rash

Before this update, Kim Wu was, IMO, 1 of the weakest characters in the game.

She’s still got her weaknesses. The only thing that has changed is faster walk speed and Deflect Angles. Those things aren’t suddenly going to boost her to SSS++ Tier.

Honestly Kim doesn’t sound like she’s gonna have it so bad. She always came off as a good potential character if you ask me. I think this will help her along.

why always shago, stop it please

I feel you bro ): #EverybodyHatesShago

Haven’t played that matchup yet, but I can already see how it can be hard. Loving the Kim changes.

My main got the fix again. Meanwhile I’m waiting for the Spinal action figure to be released. 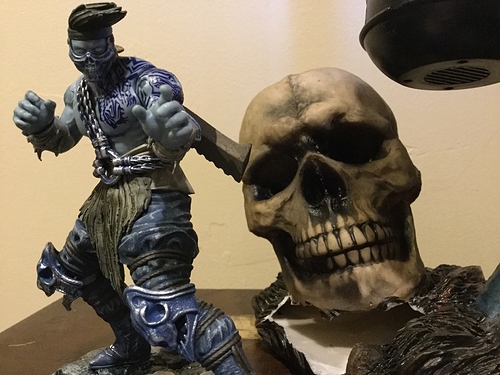 Come on, man =S who in their right mind would think a counter would do 20% dmg? O_o