I didn’t see anything in there about the Shadow Lab freezing bug.

I KNEW that dark annihilation was doing more than 48% before. Thank you for fixing this.

I think it would take a sound effect for Shago when he show in menu.

After you download the latest update, let us know if you’re still experiencing the issue.

Looks like Shago’s dashing DP will be much easier to break on reaction, especially the surge version. Sounds like a pretty non-trivial nerf, actually. Backdash also gets 5 frames more recovery, which is a really good thing… this move is super, super good as it stands right now.

I also really like the combo breaker UI color fixes! Thanks to MS/IG for listening to the community on that one. It wasn’t listed in the patch notes but I hope the blue breaker for light attacks looks more blue as well.

[quote=“GoogleMyName, post:5, topic:3451, full:true”]
After you download the latest update, let us know if you’re still experiencing the issue.
[/quote]Will do, thanks for the update.

I thought you guys were on holiday already!! But somehow, you surprise us with patch notes and new Combo Assist info. Luv u guys! Cheers!

I’m just glad they made the Dimitri dash readable. It was like early TJ Combo for a minute there. Muuuuuuuuuch appreciated, IG. 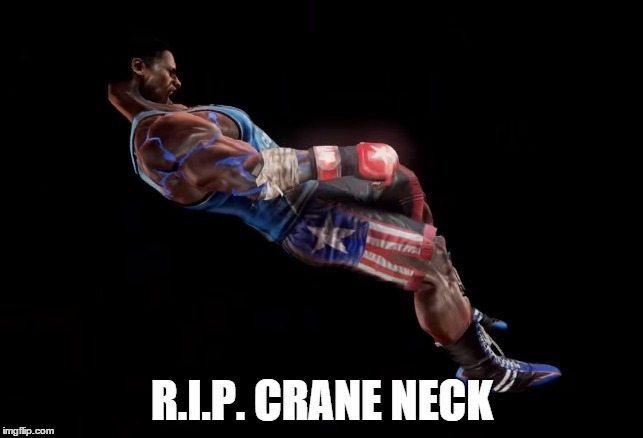 What about the glitch that happens with shadow jago after you ultra someone and the you do his ultimate and afterwards he just stands there for a while and the announcer only says supreme/awesome victory not ultimate.

Surprised to see another patch before the new year! Really looking forward to trying this out later! Have a great holiday everyone!

And a great one to you too, adymunrox!

Damn, still no fix on this Cinder bug that’s been in the game since his release? There’s also an introduced bug from the last patch. I’ll report them again.

One thing I can’t help but notice is that the lighting effects on Jagos stage look different now, I can’t confirm this cause Im only going based off Maximillians video introduction to the new Combo system. But from the galnce Im looking at it looks REALLY good!

I have the latest patch. Command list shortcuts are sweet. The combo assists are nifty too.

As much as I like the idea of Combo Assist, I notice one large problem - you haven’t stated where to turn it on…

Nice to have Sabrewulf’s stage back to its former gloomy condition.

Wanted to say that the white timing lockout and the purple counter breaker lockout look awesome. Thanks again for listening on those!

Want to also just say that the blue light lockout still looks predominantly red because the base behind it is mistakenly red, which doesn’t seem to be true for the other lockouts, whose base matches the color properly. Would love to see that get touched up in a future update if possible!