You’re work is great! IG should hire you as one of their character designers. But what new characters would you think of next with the coming of Gargos? I’m glad to know that you like my drawings and ideas!

I hope to see a Frankenstein, but something like the Voldo from SC, bizarre, twisted, contortionist etc. A different Frankenstein

A vampire, do not care whether man or woman, but it is “ugly”

These three would be the ideal season for me, along with Gargos closes the 8 characters from season 3

But there are so many possibilities. I’m excited to see who will be the next characters. The original to me, are always the most interesting

And to you? What would be your ideal for season3?

And again, thanks man

So hard to think of since this is the Gargos saga.

A dhampir (half-breed vampire), whose family is of a vampire father & human mother. The dhampir learns to control the vampirism within while Sabrewulf wishes for a cure to be rid of it. He/she can manipulate blood to create weapons.

An elder fighter who is of the Night Guard in Asia. Someone following Gen, Gen Fu, Shun Di, Wang, Shujinko, Gouken & Heihachi.

A detective based off of Sherlock Holmes, Batman, Rorschach & John Constantine.

A windy character to complete the elemental set.

A psychic kunoichi who is one of Ultratech’s experiments in evolving humans into mutants.

A wrestler who would be one of TJ Combo’s rivals. I’m thinking a mix of Bane, Zangief, King & various wrestlers of the WWE.

An ape can probably work if developed by Ultratech. Something “Planet of the Apes” & “Sun Wukong”. Riptor’s new look got inspiration from Primal Rage. The ape/monkey can go through the same thing.

A speedster, can be a former racer turned superhero. Following, Kabal, Flash & Quicksilver. And Sonic the Hedgehog!

So many characters to choose.

Have you also thought of the characters’ music?

From what I see in your wendigo? I can picture it as a mix of Julia & Michelle Chang with Sasquatch from Darkstalkers.

As for your “Sanada”, seems Hisako is taken now.

And since Raiden, Fujin & Shinnok. As gods, maybe KI can add a demigod into KI. 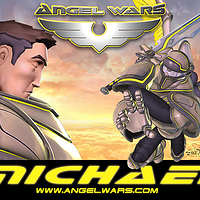 Darrius: Darrius will be a tough one. He was to be Red Dragon but switched to Seido. Hsu Hao: Too bad about these two. Hsu Hao died in MKX comics anyway. Though maybe KI could add a Mongolian character. Something "Khan"? Not SHAO KAHN! ...

Sanada and Wendesday are my favorite.

@Zeybuccaneer
Were you by any chance inspired by JOJOs Bizzare Adventure when you made this concept?