Trying to compile a list of backwards compatible fighting games on the Xbox One.

FINALLY!!! I MUST BUY THIS!

YOU THE REAL MVP XD @CRIS178 thanks

This is great stuff cheers @CRIS178

Still waiting for VF5FS to get on the list

WE WANT VIRTUA FIGHTER THE KING OF THE KINGS !!!

Simply the best fighting game ever !

Also I am glad Tekken tag tournament 2 is in!!!

WE WANT VIRTUA FIGHTER THE KING OF THE KINGS !!!

Simply the best fighting game ever !

Too bad the community both offline and online is close to barren… I’ve spent many years trying to build a scene, and playing online… I have better success getting on FightCade to play Fighter’s History Dynamite…

I still want VF5FS to be backwards compatible though, lol…

Vote here if you agree:

Might pick up SC2 if more people buy it.

Now where is:
Injustice gods among us

Also I am glad Tekken tag tournament 2 is in!!!

Fixed that for ya!

But seriously, I:GAU can not get backwards compat soon enough. I need my opponents to know fear!

if I:GAU becomes BC then MK9 will most likely as well

Yeah… but personal preference on that one. I could not care less about MK9. And I’m almost to the point where I’m completely dropping MKX. NRS is a questionable company here lately.

With KoF 14 not coming to Xbox am really hoping KoF13 becomes back compat. I missed this one, MK9 was my comeback to fighting games and now KI really made me realize the true secrets of fighting games.

Here is the Xbox Uservoice if anyone else wants the game to come back.

This ■■■■ is a masterpiece, and maybe the last VF…

Samurai Shodown 2 now on B/C. 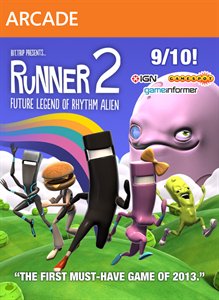 Done. Also noticed Double Dragon Neon was on there. Not sure if I should include that one on the list.

I know how Soul Calibur 5 was frowned upon, but I want my customization’s back :[]

I hope Neo Geo Battle Coliseum gets the BC treatment. That game had the best netcode for a 2D fighting game, one from SNK at that.