Will the Ultimate Source season 3 character figures have trouble standing up?

You know, because most of the figures won’t have a stage to prop them up on.

In all seriousness though, how are they going to prop up the figures who don’t get the privilege of having a stage? That is if they go as far as to make a wave 5 or 6 and include them.

LOL at this thread

how are they going to prop up the figures who don’t get the privilege of having a stage?

they won’t have a base, they’ll come equipped with a mini swimming pool so fans can fill it with their tears and the figures will float in it.

We have been asking for a sea creature character in KI so maybe this is the best moment. Marketing opportunity!

But seriously. Did Iron Galaxy even think of this? xD

Hopefully Eyedol comes with water-wing accessories so he can stay afloat.

Please do not leak upcoming products, thank you 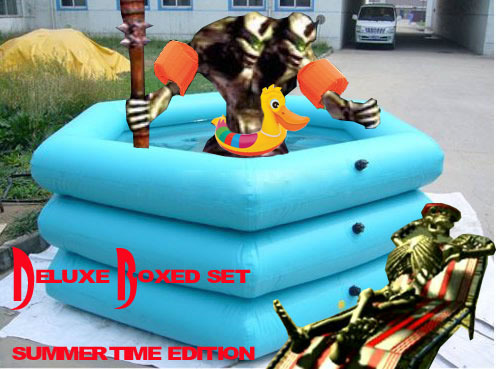 Anyways I’m genuinely curious about this. I’ll ask them on twitter

I assume the characters who don’t have a stage will just get an alternate version of an already existing stand.

Rash having the other piece of Downtown Demolition.

RAAM having either Hatchery or Assassins Cave

Now for Eyedol, they could give him and Gargos two pieces of The Astral Plain. Eyedol on the left, Gargos on the right. Essentially making it a two part display set of both Shadow Lords ready to fight each other. A man can dream…

Hopefully they figure it out, if the toy line ever goes that far.

As much as I like that Killer Instinct figures exist, I seriously doubt they will ever get that far. They seem to have a hard enough time getting the rest of wave 1 (spinal and technically the large light up jago) out let alone wave 2, which was only vaguely shown a while ago and then nothing since.

Didn’t they say TJ and Cinder are coming out next? Isn’t that wave 2? They’ve been showing TJ off a bit recently.

I haven’t seen anything recent, but I do know that TJ and Cinder are definitely next after the Spinal figure and the 9’ Jago.

We did see some of the Color 10 for TJ around Gamescom though, just before Mira released.

Don't know if y'all saw it, but this weekend we got a peek at TJ Combo's color 10. [image] Discuss. :slight_smile:

They also showed off an Orchid at the same time. 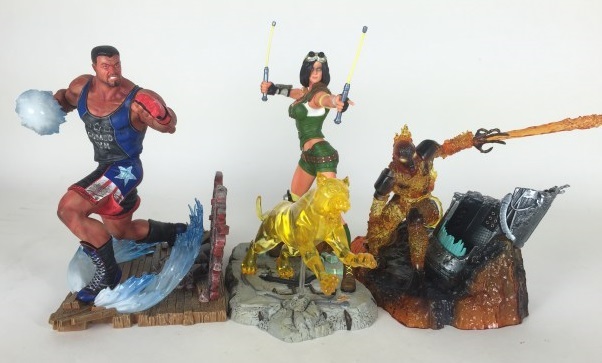 These were shown a whilllle ago tho.

Then, I will be set.